Dom is using Smore newsletters to spread the word online.

Get email updates from Dom: 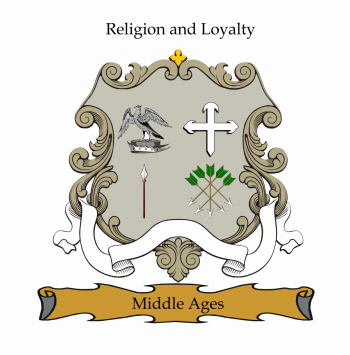 This diagram shows the structure of feudalism, and explains the chain of command. In which a peasant would show their loyalty to a knight in exchange for shelter and food; but also that a knight would report to a lord in exchange for protection, shelter, food, and/or a fief(a piece of land given by a lord). Everyone, including the King, depended on nobles for protection. Either by command or assignment.

The Roman Catholic church played a dominant role in the medieval community. It helped unify the people and expand territories. The hierarchy of the church was very important, it goes:
-Pope
-Cardinals
-Archbishops
-Bishops
-Priests
-Deacons
-Laity
The Pope had most of the relation to the kings. Soon the Pope was the strongest political leader in Western Europe. He even had his own system of laws called Canon Law, and if one of these laws was broken then he had the power to excommunicate them (banish them from the church). However if a king or lord violated a law then the whole kingdom would face an interdiction (ban on religious services in a king's land).

The church had many small locations within a kingdom. Each church had responsibility to collect a tax from each commoner called a tithe. They were expected to come every week and to respect the church in everything they do. If they didn't it would be a violation in the Canon Law.

The Pope guided many of the kings to the spread of Christianity. He didn't always approve of the decisions of the kings and sometimes even excommunicated/interdicted them. Not all were bad though, most kings allowed him to tithe the commoners and make his own set of laws. 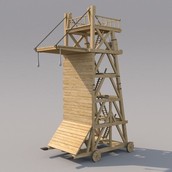 The large siege tower was made with a top platform and a draw bridge. It was used to transport soldiers and weapons over a castle wall. The siege tower's first recorded use in the Medieval Times was in the 11th century (1266)

The mangonel is a giant catapult that shoots rocks/builders into the larges barriers of castles. This catapult made its exhibition in 1216.

Knights/Soldiers (soldiers were peasants that chose to fight but were still untrained) would wear two kinds of armor, plate armor and chain mail. Traditional chain mail was worn as a cloak (hauberk). It was made of little rings of metal connected like a chain. It was lighter and offered easier mobility. Unfortunately it didn't offer full protection for all vital organ like plate armor did. As a result most knights switched to plate armor.

Plate armor was worn in plates; different plates of armor had unique names covering there own corresponding body parts. Some are:

Many weapons were also used by soldiers, such as maces, swords, lance and longbow. Each has their own different function. They are:

Lance- was a long wooden pole with a sharp medal tip with hand guards used by knights on hoarse back. This weapon gives an advantage over foot soldiers because it allowed to fight from above and from a longer distance than a sword.

Mace-a mace is a large bat with a sharp metal end used to smash and destroy opponents.

Swords- A sword is a large blade with a handle attached to it so that foot soldiers or knights could slice or cut an opponent.

Longbow- the longbow was the sniper rifle of its time. It was a standard bow and arrow that could be shot with power and long distance. 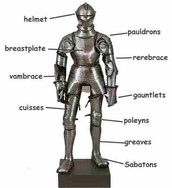 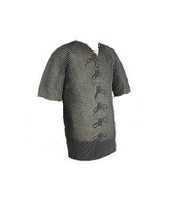 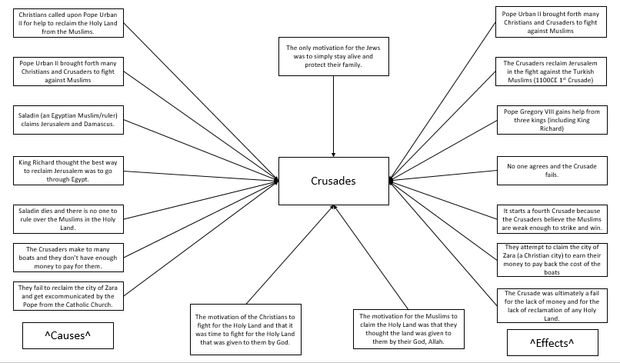 ATTENTION! Beware the black plague has drawn close to our city limits. Beware for these are the symptoms and methods of transmission. It spreads through the air, water, and blood transmission. It also comes from rat bites and fleas. Some symptoms of this deadly and terrifying disease are headaches, nausea, soreness, vomiting, internal bleeding, and lumps on the neck and inner thigh. If you have these symptoms please seek immediate help!

Today I woke up at dawn. The sun was still covered by the bed sheet of clouds. Today I had to crop and fertilize the land. Its a hard and painful burden that has been laid upon me; however I'm thankful for my family and I do what I must to make sure they have food and shelter.

Once the sun came out, I knew it was time to wake the children. For they help me fertilize the lawn. The fertilizer smells of hoarse manure... probably because it is. It stains our leggings and undergarments and our tools. The smell is revolting, the children do nothing but babble their mouths about it. I wish they didn't have to suffer from this life, but what can I say we didn't choose the life of a peasant. For this life chose us.

We work until the sun is invisible. Then we go inside for my wife has supper prepared by then. Typically its a broth or soup, and on a good day maybe a crumb or two of bread. Even that happens on a rare occasion. For we cant afford it. Even a whole weeks worth of work couldn't.

After supper we go to bed with almost empty stomachs, just to start the day over again the next day. Thou we must stay thankful for what we have, for it could be worse. My cousin recently passed away from the Black Death. It was a horror for him to go through his wife told me. They had to have someone remove the body to ensure there couldn't be any further infection throughout the manor. I'm just glad it never reached my family. Thou I shall thank the Pope and God for that. For they have blessed us all.

I hope you have been informed enough on my day to day life,
good wishes, Sincerely
John III

Dom is using Smore newsletters to spread the word online.