Who ever knew that bats could actually do some good and not just be a pest? Instead they keep other insects down.Indiana bats are found in the eastern half of the United States. Almost half hibernate in caves in southern Indiana. The 2009 population estimate was about 387,000 bats. That is less than half than as many that was listed in 1967.

Population of Indian Bats Since 1985 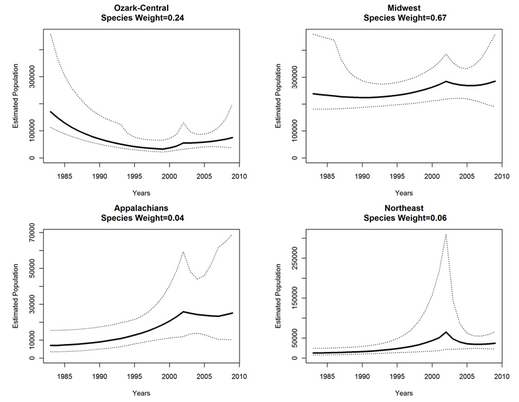 Indiana bats use trees during the summer as forging and roosting sites. Loss and fragmentation of their forest habitats have had affect on their population. They also hibernate in caves during the winter. Caves must be 35 F and 50 F. But there is a lot of outside human disturbance and altercation to the caves so it will drive the bats away.

Pesticides and environmental contaminants affect the bats greatly. Bats eat insects but because of the pesticides it decreases the amount of insects, which means less food for the bats. They are also affected by the contaminated drinking water, eating contaminated insects, and absorbing chemicals by feeding in places that have recently been treated. Cave commercialization and improper gating drives the bats away because people are taking tours of the caves during hibernation. Changing the structure of the cave, such as blocking off an entrance, can change the temperature. Some caves are fitted with gates to keep people out, but improper gating prevents access by the bats or alters air flow, temperature and humidity. 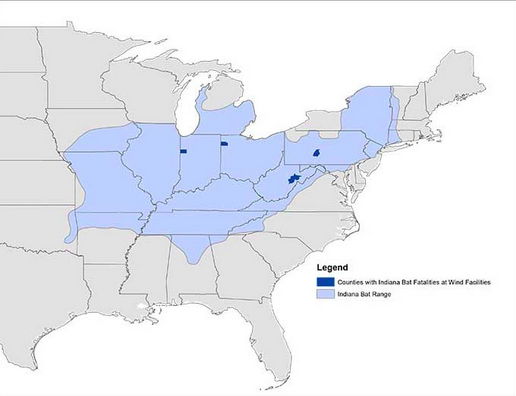 Indiana bats eat exclusively on flying insects like moths, beetles, mosquitos, and midges. They eat these insects near lakes and river systems and keep the insect population down. Depending on where they eat they will also eat different kinds of insects. For example in the Ozarks of southern Missouri, the bats would primarily eat bees, wasps, ants, moths, and beetles.

Because Indiana bats are an endangered species, are losing their habitats, and also keep the insect population down, they need to be kept in a safe place were they wont be disturbed. They have a very small population already and it is getting smaller. The Indiana bats are declining because of Improper gating, disease, and habitat loss.