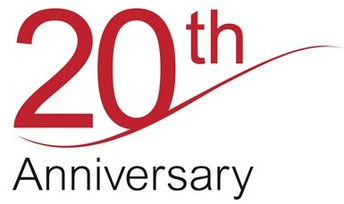 20th Anniversary: How It All Started

In 2001 a group of students from Lamesa High School, in cooperation with Region 17 Education Service Center, created a youth summit to address issues of substance use in their area. Knowing that Lamesa was not alone in facing the problem, the goal was to create a coalition among schools in their area so problems and solutions concerning this issue might be shared. Each school in the ESC Region was invited. The project was called Project SUMMIT, Students Uniting to Make Meaningful Influences Together. The workshops held at the summit were suitable for all ages. The effects of Fetal Alcohol Syndrome on the unborn child were presented and keynote speakers highlighted the event. Students were also visited by the “Grinch,” and learned ways to teach young children how to say no to alcohol. After the initial SUMMIT, students and advisors from the six area schools who attended the conference joined the effort to carry out SUMMIT 2002. A student committee was established. Students from Lubbock-Cooper, with faculty advisor Debby Tabor, chaired the event. Students wrote a mission statement and an informal advisory committee was established. Seven schools joined the effort to carry out SUMMIT 2003. Shallowater students chaired the event with the guidance of their advisor Cindy Couch. A professional advisory committee and a student planning committee were established. Attendance tripled in size compared to the initial SUMMIT. Because of tremendous growth, SUMMIT was located at the Lubbock Civic Center for many years. However, Lubbock-Cooper High School has become the new home of the event in recent years. Now in its 20th year, SUMMIT, a vision from the beginning, has become a reality. SUMMIT has now become SUMMIT (Students Uniting To Make Meaningful Influences Together), Inc. It has a Board of Directors and an Adult Advisory Committee in addition to the Student Planning Committee. Students continue to plan and carry out SUMMIT each year and are now celebrating 20 years of SUMMIT!

· $35 On-Site Registration does not include lunch 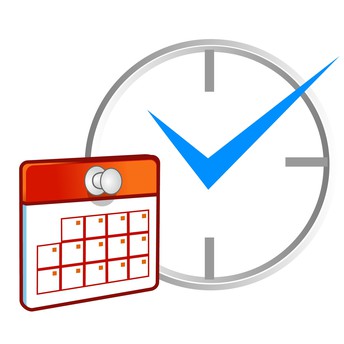 Kyle Pierce graduated from Lamesa High School in 2003. While a student there, he and his peers recognized the problems facing their school and community regarding drugs, alcohol, and violence. In the process of brainstorming for a Community Problem Solving topic to address, Kyle and his peers decided to make those issues the focus of their efforts for the 2000-2001 year. This idea is now known as Youth SUMMIT, Inc.

Kyle is a bit of a renaissance man - he’s creative and talented, loves God, his family, surfing, music, and serving. He graduated from the University of Mary Hardin-Baylor, served as an adjunct professor there, as a pastor at Vista Community Church, and currently as a Photo and Video Specialist. He also works with his wife, (high school sweetheart) Jade, as a photographer. However, Kyle's favorite title is probably that of “father” to his three beautiful children.

Kyle will be returning for the 20th Anniversary SUMMIT as our morning keynote speaker. Kyle’s high energy, musical talents, and overall awesomeness will be on display as he shares about his SUMMIT experiences and how he has used the skills and knowledge from his high school days in his career, with his family, and while serving his community. He’s excited to return and see how his part in creating SUMMIT has grown into what it is today. 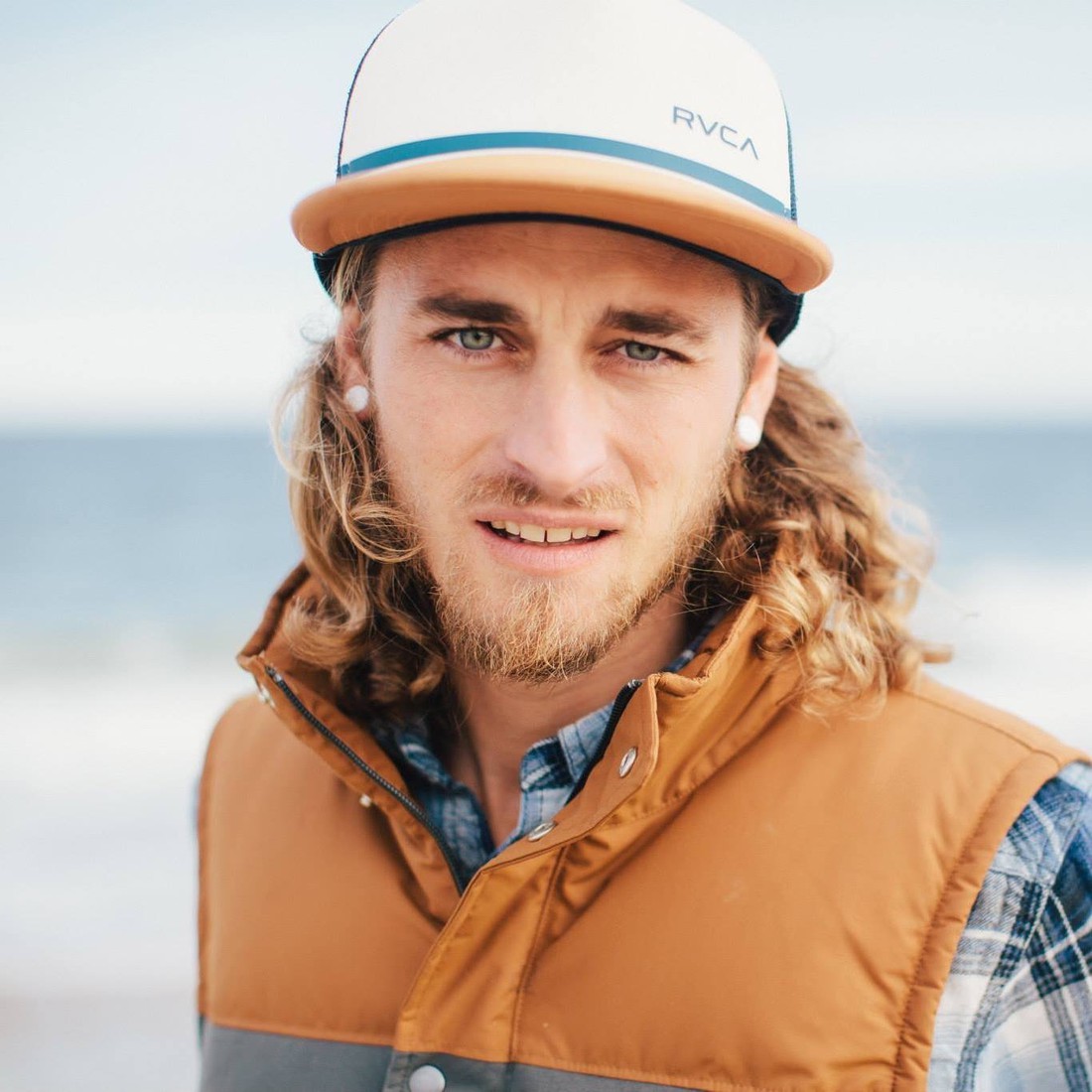 Ricky Mitchell’s life changed forever on March 31, 1991. After celebrating Easter with family, Ricky’s brother, Rusty, and his family were hit by a repeat offending drunk driver on their way home outside of Sterling City, Texas. Rusty was killed on impact, but his two-year-old son, Aaron, his wife Tamara, and his four-year-old daughter, Thekla, were all taken to the hospital in San Angelo. While Tamara and Thekla suffered only minor injuries, Aaron’s were fatal. He died three days later.

Ricky became an advocate that day for drunk driving victims. As a band director, school administrator, and church choir director, he has shared Rusty and Aaron’s story with hundreds of people, including those who attended the very first Youth SUMMIT in 2001. However, the results haven’t been all bad. Ricky will share more details of that devastating time along with the events that followed that he and his family view as miracles.

Ricky has been married to his wife, Pam (also a retired educator) since 1977. They have two handsome sons, both who are married, and a beautiful granddaughter, Wren, who is the highlight of their lives. Ricky can’t believe SUMMIT is turning 20 and can’t wait to return for the anniversary. 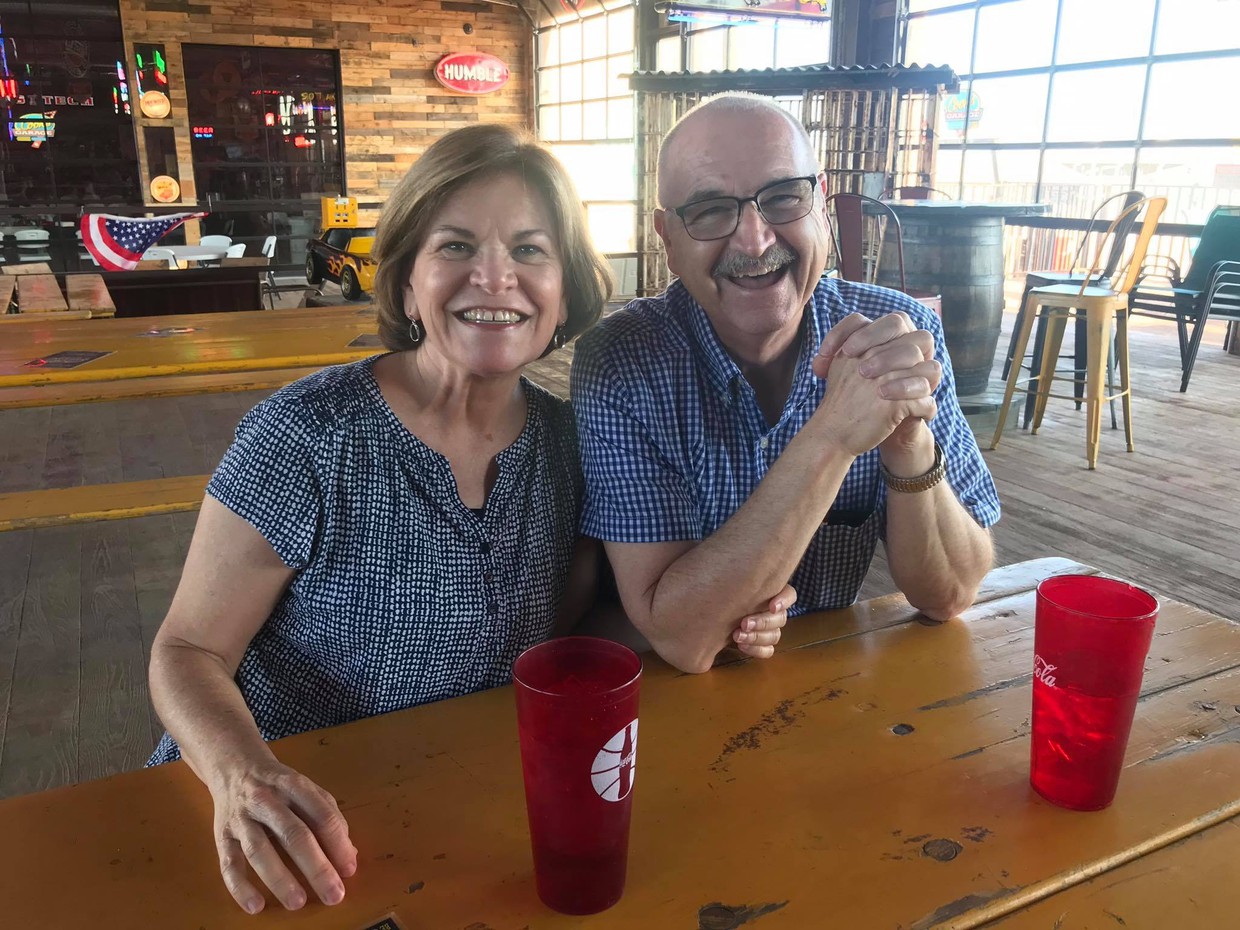 Vanessa Silvas didn’t have an easy life growing up. This fact is probably what makes her such an amazing teacher; she has an empathy that many other educators simply don’t have because they haven’t lived the life of many of their students. This empathy is part of why Vanessa was recognized as the 2019 AVID Teacher of the Year.

Vanessa, another charter SUMMIT team member, will be returning as our afternoon keynote speaker. Vanessa grew up in poverty, Spanish was her native language, and she grew up in a single-parent home. Drug addiction and alcoholism were commonplace in her family for several generations. Despite those circumstances, she attributes her success and ability to break that cycle, to following her grandparents’ work ethic. School provided an escape for Vanessa, so she took advantage of learning as much as she could by asking any questions she could and living out her dreams through books. After working in the private sector for years, she changed her professional path and became a teacher. She now helps her own students escape through education.

Vanessa has also broken her family cycle by raising her four children - three sons (Evan, Brody, and Micah) and a daughter (Charlie) - in a two-parent home with her husband Ryan. She has taught on various campuses for Lubbock ISD, including her current assignment at Dunbar College Preparatory Academy. Her life after high school hasn’t been without difficulty, but she refuses to let those challenges define her or her family. Vanessa looks forward to sharing the lessons she’s learned twenty years after helping to organize the very first SUMMIT. 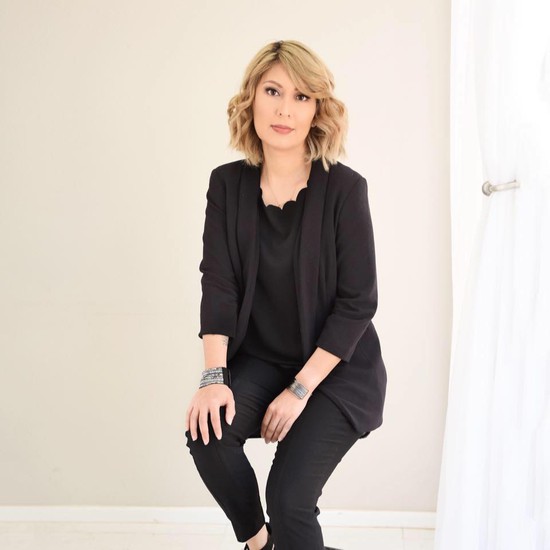 Mission Statement: To create a coalition with schools to inform and prevent substance and alcohol use and violence within our communities. 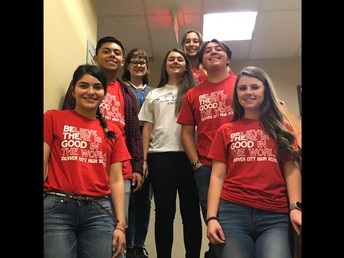 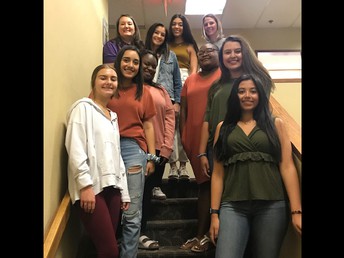 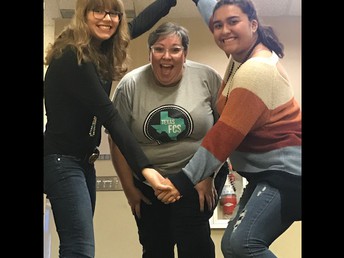 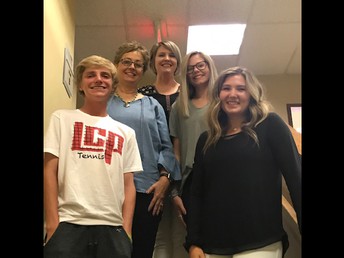 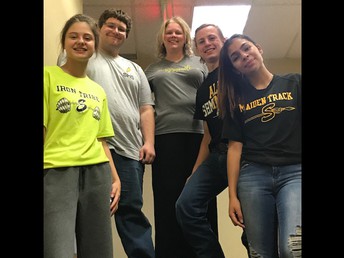 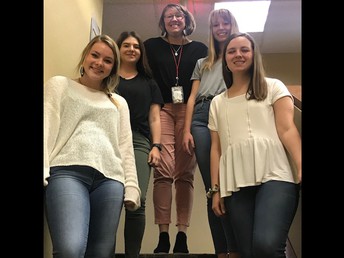 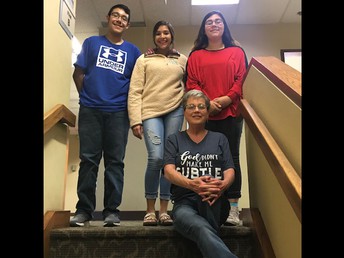 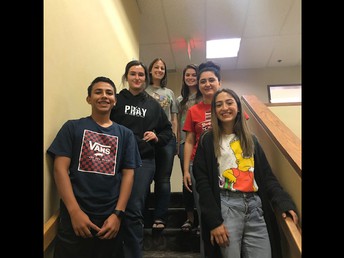 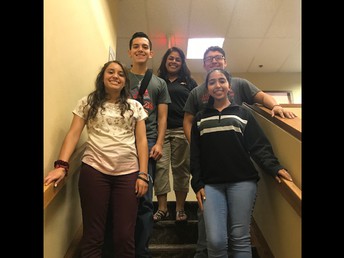 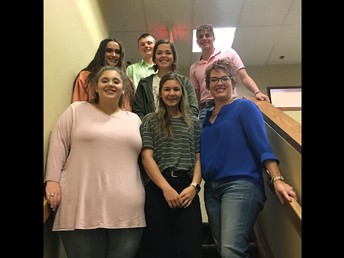 Petersburg High School has been participating in SUMMIT for over 10 years. They are very excited to be a part of SUMMIT'S 20th year celebration. This year they will be presenting information on college and financial aid. Students will learn how to use their money wisely and will learn tips on how to succeed in college. 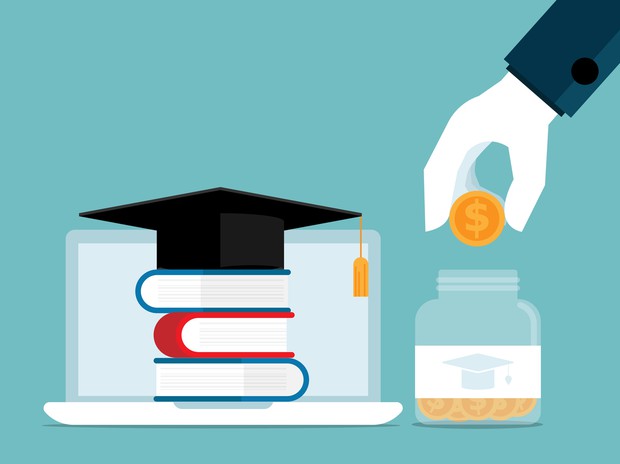 The Night That Doesn’t End

ShalIowater High School has been a part of SUMMIT from the very beginning. In fact, in 2003, they chaired the event. Cindy Couch, the advisor at the time, helped with grants and the incorporation of SUMMIT. She also served on the board of directors for a time. They are the coordinators this year for the 20th Anniversary SUMMIT and will be presenting a session over drunk driving.

“Drunk driving, it will never affect me.” This thought crosses your mind as you hop in your car to go eat with a friend or pick up your little sister. Then, the imaginable happens, a blur of pain, confusion and adrenaline strike under the bright emergency lights. This event not only affects this day or these people, but every day following and those who love them. 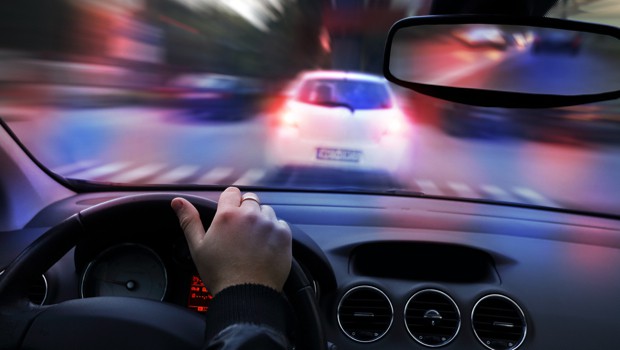 Accepting Divorce as a Teen

Lubbock-Cooper was a part of the first student planning committee and chaired the event in 2002, helping to write the mission statement for SUMMIT. They have also been the host of SUMMIT in recent years.

This year, Lubbock-Cooper will be providing a breakout session to help students accept divorce as a teen. The presenter will share their own personal story about dealing with divorce and offer some advice on how to accept and deal with the problems and feelings associated with it. 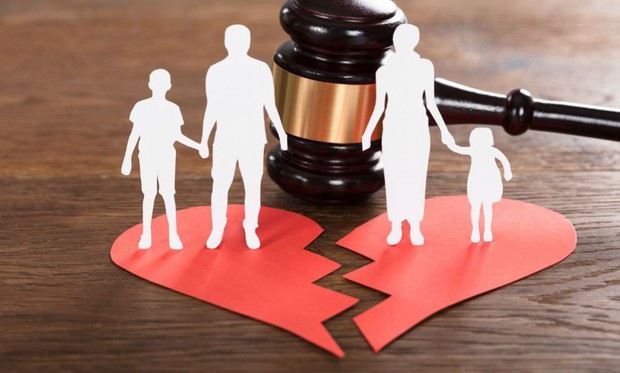 Frenship High School has attended SUMMIT for several years, however, this is their first year to be a member of the planning committee. This year they will be presenting a breakout session on gaining self-love and confidence in yourself. They have realized through personal experience that each individual struggles with insecurities and feels inadequate in their own body. They would like their generation to be successful in their lives, and that begins first with loving yourself.

Olton High School has been attending SUMMIT since 2016. This is their first year to serve as members of the planning committee.

This year, Olton will be presenting a session on dating violence. Their concern is that some students do not realize that they are in an abusive relationship. They will give students the knowledge they need to recognize and stop dating violence. 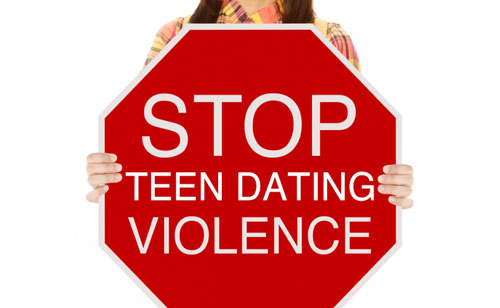 The 2020 SUMMIT will take place at Lubbock-Cooper High School on Wednesday, January 22. Registration will begin at 8:00 am with the first keynote beginning at 9:00 am.

Q: When is the deadline to register for the 2020 SUMMIT and what does it cost?

Q: What do I get when I register for SUMMIT?

Every participant who attends the event will get a day full of information from various speakers on many topics related to drug and alcohol use and abuse, violence, bullying, kindness. and other topics related to teens. Every session has been planned by fellow high school students and can be shared with students at your school. All participants who register by the late registration deadline will also be provided with lunch.

Q: What are we having for lunch?

SUMMIT will be catered by River Smith’s with a menu including chicken and catfish.

Q: How do I register?

Complete the registration form included in the email with this newsletter or found on the SUMMIT website and return to Nancy Patterson at Seminole High School.

Q: How many students can each school bring?

Each school is allowed to bring 45 people to summit, including advisors. This number does not include administrators and bus drivers.

Q: Where can I find information on the web?