Watching our city collapsed before our our eye, helpless with nothing to do but stand and watch in terror. 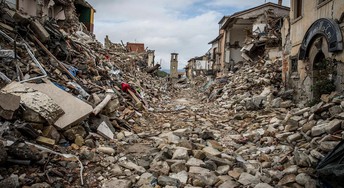 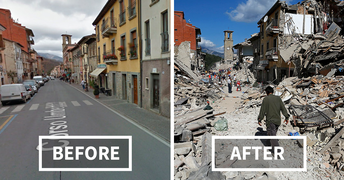 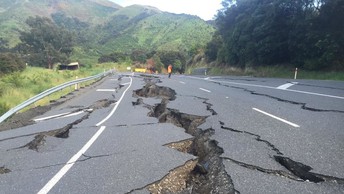 It was the 19th of May 2007 at 10:49, just like another normal end of the day in Sydney. I had woken up had breakfast gone to school, come home and gone to sleep... normal right. No one was expecting what happened next. Luckily most people were asleep, because if this had happened hours earlier it could have been even more devastating, since the city would have been much much busier.We were asleep like another normal night all peaceful and quiet the ground as still as a statue no sudden movements... On Monday, earlier this week there had been a fore shock but no one was expecting the 8.9 earthquake to follow next.

During This Terrible Disaster

I was asleep in bed... then all of a sudden I wake up to the sound of destruction, dogs barking and screams of terror. I looked at my watch, it felt like I had only been asleep for a second. I ran to my parent room and my mum was holding my little sister in her arms. I was so glad that all my family was OK! My mum told me to get under the table and cover my head. i was so scared, it felt like my heart stopped for a minute.

Walking outside to see what had happened to our beautiful city

After the earthquake we walked outside after the earthquake stopped... seeing our beautiful city, now destroyed. We saw a massive crack down the middle off our street which the earthquake had caused and lots of buildings and many homes that now were destroyed. Later we learnt that this 8.9 earthquake killed 3009 people and thousands were injured. The Harbour Bridge had some of it metal bars snapped and was now leaning to the side and was unable to cross over, so now people had to find other ways to get across the harbour. Also one of the Opera Houses sails had snapped off and landed in the Harbour water. It was estimated 22 million dollars in repairs to fix all this damage and guess what this horrible earthquake could be felt over 200 km away!

Some Interviews I Had Were

Kevin Rudd (Prime Minister at the time) - this damage was terrific to our beautiful city Sydney, I am going to do my best to help repair as much as we can.

Amia Bardsley - was lying in bed when her pet dog came running in barking and hid under her bed. Then later she looked out her window and was mortified to see all the destruction that was caused.

Cierra Saab - was lying in bed when all of a sudden her bed ripped apart. When Cierra realised what was happening she quickly hid under her desk. When she walked outside she saw all the damage it had caused, she describes it as horrific.

Last Say About This Awful Event

This Sydney 2007 Earthquake was one of the worst earthquakes Sydney has ever experinced in history. We will never get our beautiful city back one agian but we will try our hardest to get it back to how it was before. We hope everyone is safe and recovering from this terrible disaster.