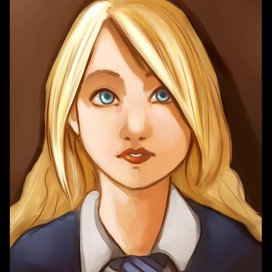 What is the Bermuda High?:

The Bermuda High, also known as the Azores High, is a semi-permanent area of high pressure that is often found in the Atlantic Ocean.

What Does It Have to Do With the Creation of Hurricanes?:

The Bermuda High is one of the many factors that goes into the creation a hurricane. It is what moves, (in a clockwise direction) the Tropical Waves that form off of the coast of Africa. Once it is set into motion, and if the waters stay warm, it could become a hurricane and hit the US.

What are the El Nino and La Nina?:

The El Nino and La Nina are weather predictions of how warm or cold the water in the Pacific Ocean will be, and around the world. To be more specific, the El Nino stage is when the water is warmer, and La Nina is when it is cooler.

What Weather Conditions They Include:

In the El Nino stage, there are many more tornadoes likely to occur, rain and flooding along the Pacific, but fewer hurricanes tend to occur than normal. On the other hand, the La Nina causes more rain and snow along the west coast, and usually a drought in the south western parts of the US. Also, during the La Nina season, it is unusually cold in Alaska, but unusually warm everywhere else in the US, and there are more hurricanes occur than usual.

How It Helps the Process of Creating a Hurricane:

How Does Water Get Its Temperature?:

Water gets its temperature from the Sun. Another way it gets warmer is while the Sun travels down to the water, it goes through the air, and in turn causes convection, which also makes the water warmer.

What Does Water Temperature Have to Do With Hurricanes?:

Water temperature has probably the biggest part of the hurricane process. I say this because for a hurricane to form, you need to have warm water (has to be at least 80 degrees Fahrenheit). Also, if the water starts to cool or get below 80, the hurricane will start to slow and disintegrate, so the water plays a huge part in the formation as well as the duration of a hurricane.