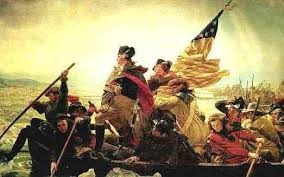 The American Revolution was when the colonist in America declared Independence from England, and then fought to win it. Socially the colonists got a wake up call. The Enlightenment and The Great Awakening sparked tensions between the colonist and their mother country. And to make it worse the British passed a multitude of taxes on the 13 colonies. Some taxed paper others taxed tea, and in the end the Boston Massacre sealed the deal. The British policies and actions were simply intolerable, and the colonists had every right to strive for freedom.

The Navigation acts were First introduced in the 1650s to better ensure that England received maximum income from the colonies. The colonists were restricted to trade with Britain and their ships alone. The Navigation Acts reinforced mercantilism in the colonies very early. 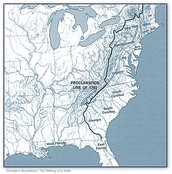 Britain had spent a lot of money to win the French and Indian War. In order to completely avoid confrontation with the Natives, Britain prohibited settlement West of the Appalachian Mountains. Because Britain hadn't done anything to interfere with the colonies in over a century the colonists were very angry. Many of them completely ignored the law, and crossed the Proclamation Line anyway.

Two years later, and the British passed another law to raise money called the Stamp Act. It taxed anything paper-related in the colonies, and in turn the colonists boycotted to get them repealed. Especially in Boston. A group called the Sons of Liberty, led by Samuel Adams protested British policies. After months of protest, and an appeal by Benjamin Franklin to the British Parliament the Stamp Act was repealed in March, 1776.

In order to seize smuggling going on in the colonies King George III passed the Quartering Acts. The British soldiers were allowed to search colonist's homes with Writs of Assittances. The colonists basically had no rights over there house. By law the colonists were forced to feed and house any British soldiers.

2 years after the Stamp Act Parliament passed the Townshend Acts for again, more tax money. The act taxed all basic day to day items including, oil, tea, glass, paint, lead, and glass. The Sons of Liberty again responded by boycotting all the items.

Things in Boston began to heat up again, this time because of the Townshend Acts, a particular colonist started to verbally assault a British soldier. The one colonist quickly grew to a mob and the British called for back up. The mob began to throw snowballs and rocky until the soldiers fired killing five of them. The event became a critical piece of propaganda for persuading other colonies to get upset with their mother country

After the repeal of the Townshend Acts King George III left one tax proposed by the Townshend acts, tea. At the time The British East India Company was on its last legs. The Tea Act gave all trade on tea to the company. Although it made the price of tea lower, the colonists were mad for a different reason. First off, any tea company besides the BEIC was closed down and the colonists were given no rights over who they could buy tea from.

Parliament found the Boston Tea Party unacceptable in every way. They went on to pass the Coercive Acts called the Intolerable Acts by the colonists because of how harsh they were. The law stopped all trade between Boston and Britain , canceled all town meetings, andgave Britain ultimate control over the colony.