Zowie (9th grade), Justyce (10th grade), and Jayden (11th grade) found the contents of a wallet in town. There was identification and money, among other things. They turned the items in to the office and everything was returned to the rightful owner. Way to go, Zowie, Justice, and Jayden. Thank you for being examples of integrity!
LIKE US ON FACEBOOK 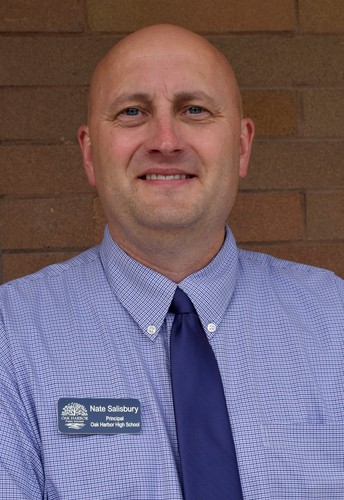 FROM THE PRINCIPAL'S DESK

March is a time for new beginnings. Spring begins this month, and our third and final trimester of the year starts on March 19. With these new beginnings comes the opportunity for a clean slate. Here are some suggestions on how you and your student can finish the year strong.

There is just one trimester left before the end of the 2019-2020 school year. Every effort we make to assist students in their academic success is worthwhile. Thank you for being a support to your child while they learn and prepare for their future.

THIS MONTH IN COUNSELING AND CAREER

Next Steps - All Juniors will participate in the Next Steps presentations on Friday, March 6, during 5th period. Students will have the opportunity to select one presentation to attend that will give them guidance on post-secondary planning interest. The presentation options will be:

College Planning Day - March 23 at Western Washington University. Sophomores and Juniors have the opportunity to attend College Planning Day. Representatives from Washington public and private 4-year institutions along with regional community colleges will be there to give an overview of their institutions. The bus will leave at 7:15 a.m. from Oak Harbor High School and return around 1:30 p.m. Students should sign up in the Counseling Center by March 6.

Next Year’s Course Requests - Course request selection will start March 23 in Advisory. Students will bring home their packets for review. On March 30, students will begin entering their course requests online using Family Access. After course requests are finalized, the master schedule will be built. Schedules will be auto-scheduled this year and available to students later in the spring.

SAT Testing – Oak Harbor High School will be a testing site for the May 2 SAT test. Registration is open now. Students can register at collegeboard.org. The deadline for regular registration is April 3.

AP Testing - All test material has been ordered for AP Tests. AP Testing will begin May 4.

Mark your calendars! There has been a change to the March Advisory schedule due to next year course requests. Please note the following Advisory changes:

SkillsUSA is growing every year and the number of students that medalling in the North Puget Sound regional competitions and qualifying for the state competition has increased by over 50%, with twenty-two students qualifying for the state conference in Yakima from April 2-4. Oak Harbor High School hosted four regional technical contests and all the regional leadership contests in January. We will also have 2-3 students running for a SkillsUSA state office, increasing our presence in the organization even more.

We have been named as a SkillsUSA Quality Chapter and are in the running for Chapter of Distinction designation.

SkillsUSA is a national organization fostering career readiness skills in Career and Technical Education(CTE). It is a partnership between CTE and industry assuring our students are ready for 21st century careers and leadership within those careers.

VIDEO OF THE MONTH

Check out the winning routine for Oak Harbor High School Cheer. They won the WIAA State Championship in the 3A Non-Tumbling Medium Division. Congratulations, Wildcats!

Empty Bowls is an international fundraiser that brings Artists and Chefs together to spread awareness of world hunger at a local level. Wildcat Catering is Collaborating with Artists from the Guild to raise funds for our local food bank North Whidbey Help House. The event is sponsored by Oak Harbor Education Foundation, and all proceeds will be going to North Whidbey Help House.

Tickets are $10 per person. You will be able to pick out a handcrafted ceramic bowl. Includes a choice of soup, bread, and a drink (water or tea).

There is a College Planning Day field trip for Sophomores and Juniors on Monday, March 23. It will be held at Western Washington University. Most public and private universities in Washington will be there along with a few community colleges. Students will have the opportunity to attend break out sessions and hear about different institutions. Students can sign up in the Counseling Center. The bus leaves Oak Harbor High School at 7:15 a.m. and will return by 1:30 p.m.

Mark your calendars! The Athletic Department will host its 2nd Annual Golf Tournament on Saturday, June 6 at 1 p.m.

The 2020 Multicultural Assembly will be held on March 27. This assembly highlights the beautiful differences which make us a stronger, brighter Oak Harbor High School community. We will have some dancing, singing, games, and audience participation. There will be international snacks and crafts during lunch several days before the assembly. Stay tuned for more information.

If you're interested, the next Multicultural Club meeting will be Wednesday, March 4 after school.

Oak Harbor High School's Liberty Club is working with Jessica Aws at Sno-Isle Library to host a Women's Panel for International Women's Month. It will be March 12 from 5 - 8 p.m. at the Oak Harbor Sno-Isle Library. The panel will be a diverse group of women, including a judge and an astronaut, discussing their occupations and the intersectionality of their identities. This is a community event for all genders and ages.

There is a Running Start meeting for new students at the Skagit Valley College, Whidbey Island campus on March 17 from 6-7 pm. 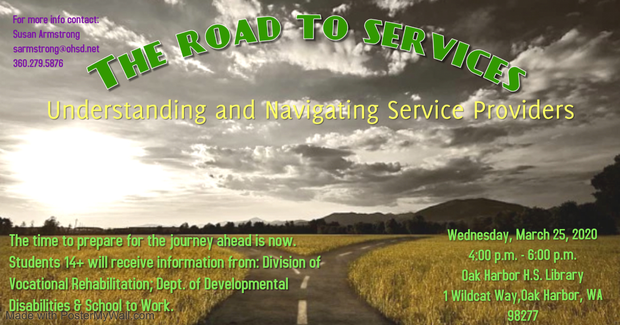 Have you thought about how you want your name to appear on your high school diploma? All seniors, please visit Mrs. DeMarsh in the Counseling Center before March 13 to finalize your decision. Mrs. DeMarsh wants to hear from you!

Studies suggest that if a student takes an AP course and earns a college-ready 2 on the exam, that student is more likely to enroll in college. A subsequent 4-year college degree student earns $1 million more over the course of their lifetime than the student who does not. With that in mind, Oak Harbor High School has begun an initiative: “There IS an AP class for you!”

This article is the third in a series of articles highlighting the diverse, engaging and intellectually enriching courses that are offered here at OHHS. The end goal is to encourage students--especially those who have never taken an AP course before--to consider enrolling in one.

Students will not speak English in AP Spanish. Upon the course’s completion, students will be able to demonstrate their understanding of diverse cultures through comparisons and connections, and use Spanish in real life settings. For students who are proficient in Spanish, this course will take their Spanish to another level.

AP Spanish is also eligible for five college credits through the College in the High School partnership with Central Washington University.

Champi said that Camarena and Hernandez Cruz have made notable progress in critical thinking, reading and writing, vocabulary, and inferring from larger context. She added that students considering taking her AP class should expect to learn Spanish on a global scale.

Champi added, “This will take their Spanish to another level.”

Camarena never considered herself to be an AP student. She took Honors English in 9th grade and that was challenging. She thought that would be her last accelerated class, until this year. Now she says she’s glad she challenged herself.

Camarena has some advice for students considering taking an AP course.

“Don’t procrastinate,” said Camarena. “Do your work and turn it in on time.”

Hernandez Cruz has fun in AP Spanish. She likes learning with the nine other students in the class and learning about other people and cultures.

She says it’s worth it to try an AP class. If you are fluent in a second language, there are more opportunities for work, for your career, and in your life.

“If you put in the effort, everyone is capable of taking an AP class,” said Cruz.

Seniors, this is a Senior Class sponsored event. We will be setting up Friday, March 27, and cleaning up right after the dance. Please come and support your class council in helping with this event. This is our last big fundraiser to help fund graduation events.

On Wednesday, February 19, Oak Harbor High School Student Leadership hosted the annual Macho Volleyball tournament. Seven teams of dedicated students and their student coaches competed against each other and our committed and very talented staff volleyball team. After hours of entertainment, the winning team, "Macho Libre," sauntered away with the Macho Volleyball Trophy and coveted Macho Volleyball T-shirts!

The many spectators of the night were very generous in their donations at the door, donating over $700. All proceeds from the evening will be donated to Ryan's House for Youth. This is just one of many activities and events hosted by the OHHS Student Leadership program. 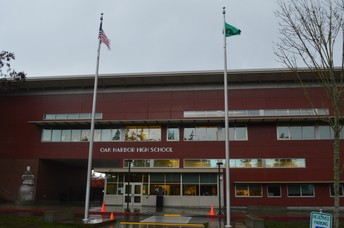 Facebook
1 Wildcat Way, Oak Harbor, WA ndiamond@ohsd.net 360.279.5800 ohsd.net/ohhs
Embed code is for website/blog and not email. To embed your newsletter in a Mass Notification System, click HERE to see how or reach out to support@smore.com