Explanation of Cycle: What Is The Carbon Cycle?

The carbon cycle is the biogeochemical cycle by which carbon is exchanged among the bedosphere, pedosphere, geosphere , hydrosphere, and atmosphere of the Earth. Along with the nitrogen cycle and the water cycle, the carbon cycle comprises a sequence of events that are key to making the Earth capable of sustaining life; it describes the movement of carbon as it is recycled and reused throughout the biosphere. (dictionary.com)

In short, carbon is constantly in flux moving between the atmosphere, plants and soil through photosynthesis, respiration and decomposition. This movement is called Carbon Flux. On the Earth, most carbon is stored in sedimentary rocks. In water, most carbon is stored deep in the oceans but most of the carbon that comes into the atmosphere comes from gas dissolving into the water and natural causes like ocean plants growing, dying and decaying. 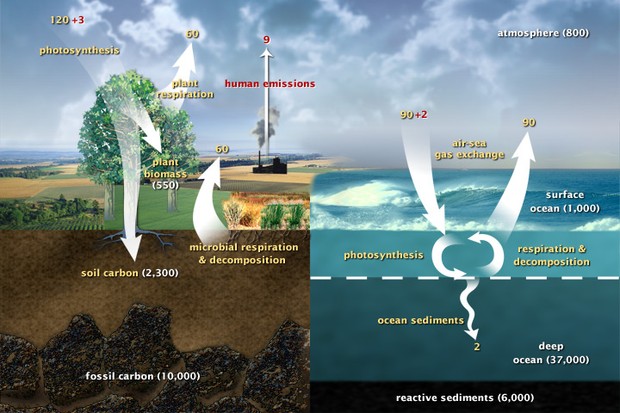 Two examples of how the Carbon Cycle functions can be found in soil and water?

In soil, when plants and animals grow and then die, they begin to return carbon to the Earth through respiration while living and decomposition after they die. Over millions of years, this carbon is stored in the Earth's crust. The stored carbon energy is released in different ways, such as magma and CO2 through volcanic eruptions and through normal respiration.

In water, when aquatic plants go through photosynthesis, they store carbon. The fish eat these aquatic plants and retain carbon and release carbon when they breathe through respiration. When the fish die, their energy is stored in the Earth's crust, similar to the dead land animals. As these organisms decompose, carbon is released along with CO2 ascend into carbon reservoirs in the atmosphere.

Carbon Molecules are Overtaking the Natural Balance of Soils

Carbon molecules are everywhere in soil because they are trapped in large carbon reservoirs or pools on in the Earths crust.

Atmospheric Carbon Reservoirs are growing at an alarming rate

At the rate carbon reservoirs are growing the Earth's atmosphere will be nearly 100% carbon in 201 years. Essential elements like Oxygen and Hydrogen would be drowned out and this would end human existence and most plants and animals that currently exist.

Carbon in the Lithosphere will Alter Ecosystems

As carbon fills up the lithosphere, some insects and plans will grow bigger and others will die off entirely. These changes will alter the fragile balance of the food chain within ecosystems.

Human activity can determine the amount of carbon in the atmosphere at any given time and place. For instance, in areas that have growing populations and are building new neighborhoods there will be more carbon emissions from the trees and plants being uprooted to make way for homes and roads. The use of machines and cars that burn fossil fuels will also increase the amount of carbon reservoirs in the area. All plants and animals in an ecosystem depend on a delicate balance of gasses and nutrients to survive. If plants die that affects small herbivores like rabbits and if those small animals disappear then it reduces the available food sources for larger animals and ultimately humans. This affects other organisms in the ecosystem because decomposing plants and loose soils will release high levels of carbon and also drift into streams and rivers and slow down the movement of water. When plants die, fish no longer have a good supply of food to eat and they also die. Humans are other organisms directly affected because when developments are built there is less land for farming and food has to be grown and brought into the community, from other areas, for residents to survive. Round Rock is an example of this kind of growing community. 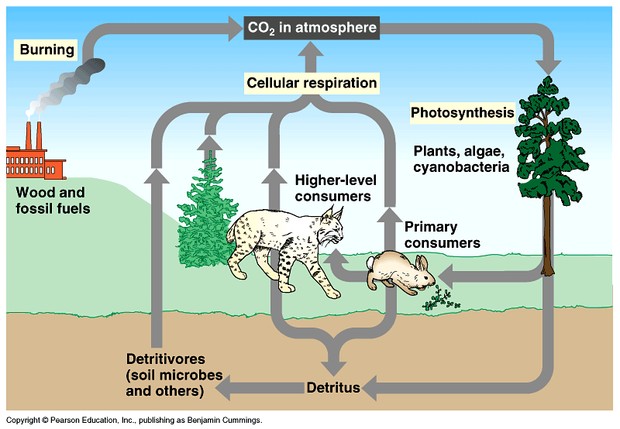 Essential Question 2: If the carbon cycle is disrupted by human activity in an ecosystem, where you live, how does this disruption affect you?

When carbon is disrupted by human activity it can be seen where I live. For instance, there are a lot of new developments in my town. The development process increases fossil fuel use and there is typically more acid and pollution in the water. When this happens we have to use a water softener to remove the impurities from out water supply. Dead plants and loose soils flow into the water supply. There is more acid in the water because of the excess carbon. The increase energy use, additional cars and other fossil fuels being burned, is too much for the natural carbon flow in the water to balance out and clean itself. So man-made invention like the water softener are required to balance out the man made disruptions to the carbon cycle. 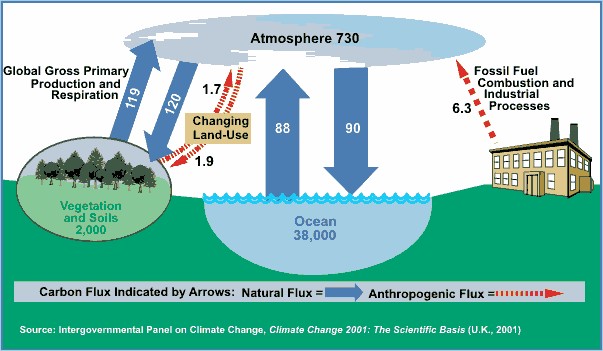 Essential Question #3: What problems arise as a result of human activity disrupting the carbon cycle?

There are several problems that arise as a result of human activity disrupting the natural carbon cycle. The biggest problem is the excess pools of carbon in the atmosphere cause the Greenhouse Effect. This effect is when human activity creates more carbon than the atmosphere is able to absorb and disperse through reservoirs that balance out the gasses in the atmosphere. The large pools of carbon have the effect of glass in a greenhouse and trapped the carbon and cause the temperatures of the Earth to rise. When the temperature rises, more humans die from heat-related illnesses, more droughts happen and farmers cannot grow enough food to feed their people. Another problem is more acid rain occurs and pollutes water supplies and animal, plant, and human ecosystems that depends on these water supplies will die. Finally, humans and animals will have to change their entire way of life in order survive the climate changes being brought on by human disruption of the carbon cycle. In some cases millions or even billions of people may not be able to adapt to climate change and will die. 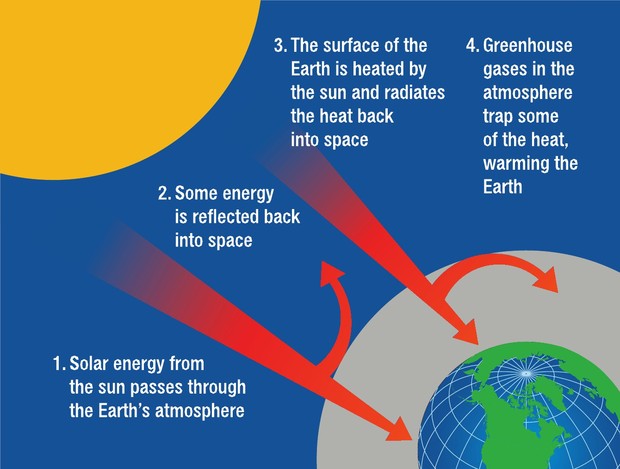 There are a few actions that concerned citizens can take to reverse the human affects on the carbon cycle. These actions are generally called reducing your "Carbon Footprint". The first is to use less carbon-producing energy sources. For example, you can install solar panels on your home, ride bikes or use public transportation. You can buy energy efficient light bulbs and only water your lawn ever couple of weeks. A second thing a concerned citizen can do is buy your power from companies that use alternative forms of energy. For instance some power companies use wind, solar and biomass as a certain percentage of their supply base and their customers wind up using less energy from fossil fuels. Finally, concerned citizens can write their congressman and elected officials and get them to enact legislation that funds more research into technologies that reduce our dependence on fossil fuels and reduces human carbon emissions. 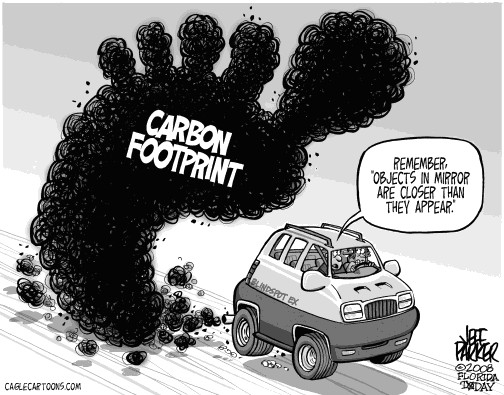