Get email updates from Claudia:

- what you need to know about the inside a computer -

- what you need to know about the inside a computer -

watch this video to find out more about the motherboard!

The motherboard is the main circuit board. The motherboard holds everything together, everything is either sitting on it or connected to it somehow. holds many of the crucial electronic components of the system, such as the CPU and memory

What is a motherboard?

Named central processing unit (CPU), also named processor, sits on the motherboard. The job of the CPU is to carry out the commands that you want it to do. so everything you click or load, a message will get sent to the CPU so it can carry out your command. The CPU is usually the size of a two inch ceramic square. It has a silicon chip inside which is about the size of a thumb nail 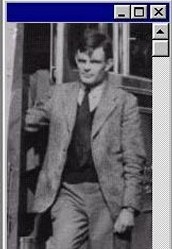 I cant not include Alan Turing in a flyer about computers because, if Alan Turing didn't exist I wouldn't even be able to write a flyer on the computer! Yes, Alan Turing did invent computers, he was born in 1912 and made the first code breaking computer for the World War 2! When he was younger he had a great interest in maths and science, he was extremely intelligent at it as well! In 1931 to 1934 he studied at Kings College in Cambridge. He then took a part-time position with the Government Code and Cypher School, a British code-breaking organization. Then, during WW2, his job was to help break the codes from German ciphers. This is when he created the first computer which he named the bombe. he later also created the electrical computer! The end of Alan Turings life was very sad because he was gay this was not aloud which then, it is said, led to him killing himself. 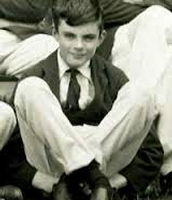 He spent his childhood in Hastings and Sherborne in Dorset, where he attended Sherborne School. 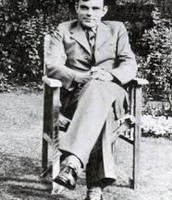 Alan Turing as a younger child 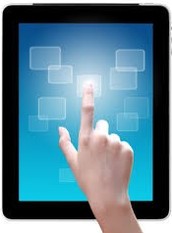 The touch screen is one of the easiest to use, a touch screen allows users to navigate a computer system by touching icons or links on the screen. These are the three components used for touch screen technology: 1. Systems are built based on different types of sensors: resistive (most common), surface acoustic wave, and capacitive (most smart phones). 2. The controller, is the hardware that converts the voltage changes on the sensor into signals the computer can receive. 3.Software tells the computer, smartphone, game device, etc, what's happening on the sensor and the information coming from the controller. Helps computer react accordingly.