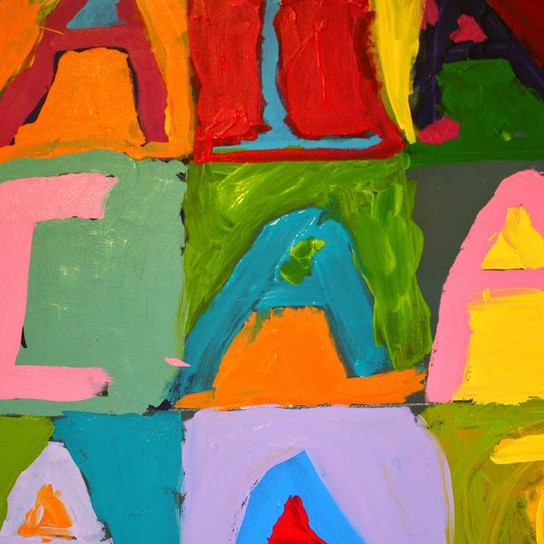 IAA is using Smore newsletters to spread the word online.

Get email updates from IAA:

This past Friday, at Town Meeting, we talked about our New Year's Resolutions. Ms. Judy made a great video where students and staff alike, shared their goals, hopes and dreams for the new year. This is an excellent thing to discuss with your child. Also, don't only just ask them about themselves, but what the aspirations of their classmates are, and how they are going to help those around them meet their goals.

I was recently reading and article by Jay Williams, Duke University point guard from 1999-2002. He talked about how the team set individual and team goals and dreams each year. In 2001, Jay shared with his team that as the clock wound down and Duke was about to win the National Championship, he wanted to be the one to shoot the ball in the air in celebration in the closing seconds. As it turned out, 6 months after making this dream known to his teammates, Duke was in the National Championship game with a 10 point lead against Arizona with seconds left. As, the time began to expire and pandemonium was starting to ensue, Jay's teammate, Chris Duhan, started screaming his name as he was dribbling the ball on the opposite side of the court. Jay approached him and said, "What!?, What!?"

Duhan handed him the ball.

Jay looked at quizzically, and asked, "What you want me to do with this?"

Duhan responded, "Throw it up in the air!"

Duhan not only kept site on his goals as a player, but the hopes and dreams of his teammate. Jay Williams felt that gesture was as meaningful as being part of the National Championship team.

The lesson, from my perspective, is this. We may make individual resolutions, goals, hopes or dreams, but rarely do we accomplish those things in a vacuum and on our own. So its important to not only reflect on what we hope to accomplish, but think about who will help us get there and conversely, who we will help reach their goal. This is a powerful exercise. It teaches the true meaning of community and how we support and take care of one another. In this world we need to highlight this far more often.

Happy new year, may all your dreams and resolutions come true and may you help others reach their goals in the process.

School ends at 11:30 for students and there will be no afterschool this day

Staff Retreat, there is no afterschool this day

8:45 am, during the Parent Coffee Hour 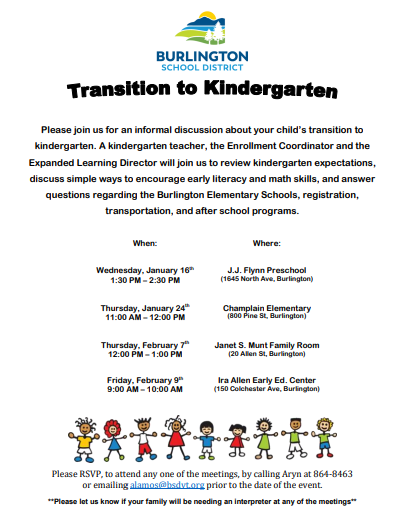 With Annie O'shaughnessy and Pete Cudney

Conversations on Race at IAA; Wednesday, Jan. 9th from 6-8pm in the IAA Library

I wanted to remind everyone that our second in the monthly series of Conversations on Race at IAA will be held this Wednesday, Jan. 9th from 6-8pm in the IAA Library and will again be facilitated by the skilled, Ita Meno, of CQ Strategies.

Childcare WILL be provided! Donations will be warmly accepted as that is all we have to use for both facilitation and childcare costs. Potluck finger foods will also be happily embraced, but please come even if empty-handed!

Attendance at last month's event is NOT required to attend this one! All attendees are encouraged to do the homework in advance of the event:

1) Complete a Racial Autobiography and be prepared to share it.

(2) Read/watch something, critical, by a Person of Color. You can start with this Resource List from the PJC (scroll down for the "Media by POC") or our own, new, growing Google Doc!

(3) Have a conversation about race or racism.

We hope to see you there and please help by spreading the word to other IAA families you know! 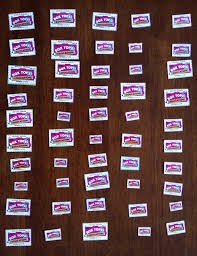 Box Tops for Education is an easy fundraiser in which family, friends and neighbors can easily participate. THANK YOU to Dot’s Market who regularly gives us their box tops. We have a chance to win $3,000 for IAA by entering this sweepstakes every day. It’s free and requires one click once you register. https://www.boxtops4education.com/earn/sweepstakes

So far, we have earned $733 this year. To see which products have these special box tops, go to https://www.boxtops4education.com/earn/participating-products or ask Nurse Mongeon. There is a collection bin in the office or your child can deliver them to their teachers. Thank you to all the collectors and spread the word. 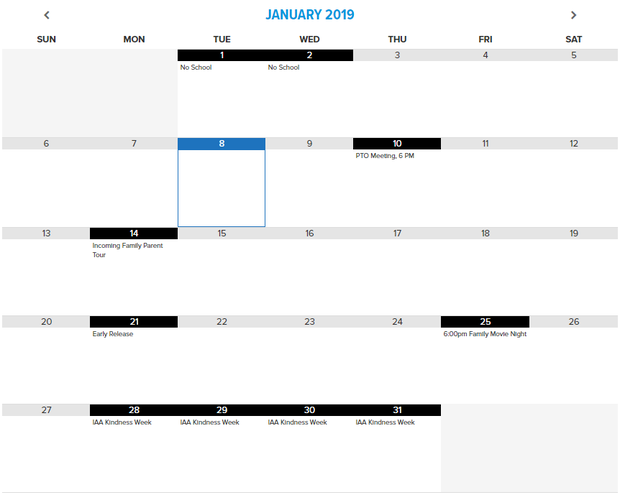 Happy New Year! Fourth and fifth grade are about to begin a residency with Mark Stein from the Flynn Theater. They’ll be learning to craft oral stories and tell personal narratives. In first grade we recently explored what it might be like to be a moon astronaut and created a rocket launch sequence using our imaginations, voices and bodies! In second and third grade we have been bringing traditional fables and stories to life. I’m looking forward to another semester of creativity and expression in drama class! 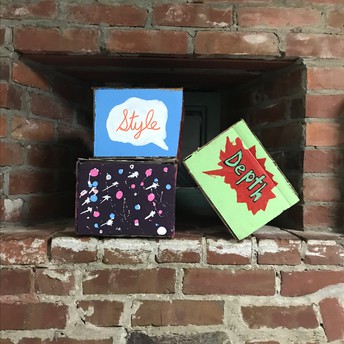 Greetings from the art studio. The 5th grade art math and art installation last month was such a blast. Throughout the week before vacation, students surprised the school with roving temporary displays of the math/art sculptures they built. On Monday, students displayed all 49 sculptures in the front of the school, revealing the formula for volume (length x width x height) on the sides of their boxes. On the following days, students came up with a wide variety of other ways to display their boxes throughout the school. They displayed them in small groups, hid them in surprising places, and even blocked off part of Mr. Bobby’s office with them! 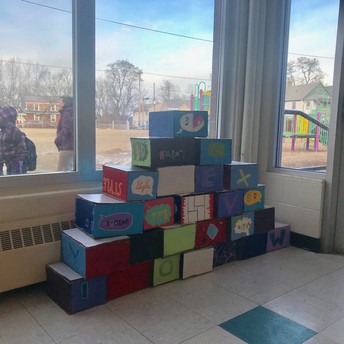 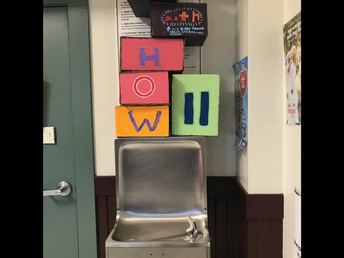 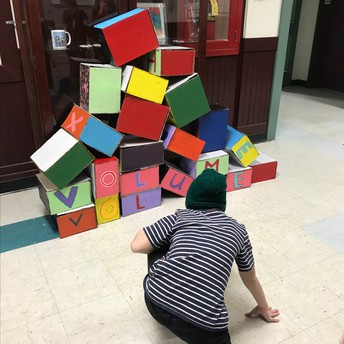 Greetings from the music room!

IAA and SA students in the 2nd, 3rd, 4th and 5th grades have once again been honored by being invited to sing at the ECHO Center’s MLK Day Celebration on Monday, January 21st. Performance time will probably be at 12:30, although the time may vary as the schedule is put together. All BSD schools have early release on that day, at 11:30. As before, the ECHO Center will send a shuttle bus to the IAA and SA to give students rides to and from the celebration. Admission is free for the day! I will send home a parent letter with this information and a place to sign and return, indicating that your child will be attending and whether you can provide either transportation for other students or supervision on the shuttle bus. Students can either ride the bus to ECHO, or meet us there by 12:00. 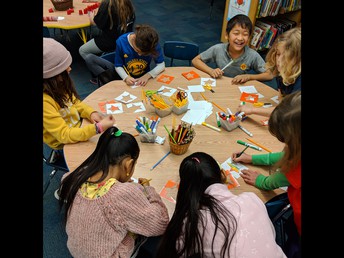 Students have been welcoming in the new year with hopes, dreams, wishes, and goals that they have for 2019. You can come view what students have written, or come and write your own to be added to our display in the hallway.

For the coming month K-4th grade will be looking at Wolf in the Snow, one of this years Red Clover Award Nominees. They will be exploring this wordless, everybody book, and using some visual thinking strategies (VTS) to look deeply at the pictures to get a better idea of the story. Then students will be creating lists of important places in the book so they can do some 'unplugged" coding and create a map that illustrates the journey in the story. 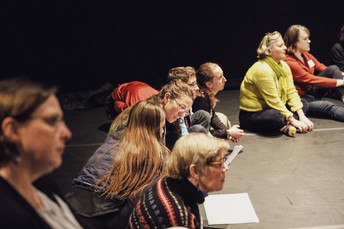 On December 13 eight talented and dedicated IAA teachers joined the Flynn's annual Engaging Active Learner's Conference to explore questions related to equity and access for marginalized groups including language learners, students on the autism spectrum, and students with behavioral needs—questions like: In what ways can the arts help us to establish greater equity in our classrooms and communities? How can we prioritize the assets and needs of learners of all ages who are often from marginalized groups? The day featured a performance and experiential workshop by Parsons Dance and included dedicated partners from Vermont schools including VSA Vermont, Champlain Valley Head Start, and the Howard Center.

“[This conference] reinforced and strengthened our work as an integrated arts academy. I loved the connection between the [Parsons Dance] performance and workshop… brilliant pairing! [Parson’s] workshop was fabulous!" —Judy Klima 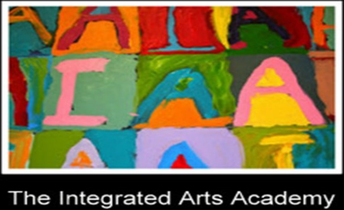 IAA is using Smore newsletters to spread the word online.

Follow IAA Newsletter
Contact IAA Newsletter
Embed code is for website/blog and not email. To embed your newsletter in a Mass Notification System, click HERE to see how or reach out to support@smore.com
close