What is a Black Hole?

A black hole is a destroyed supernova (AKA a singularity). The star collapses and is compressed to the size of an atom. If anything gets too close to a black hole, it will get sucked in. As more is pulled in, the black hole gains mass, and increases in size and can then suck in more. Nothing can escape, not even light. A black hole with mass of the Earth would fit in someone's hand. The nearest black hole is 1,600 light-years away. The Sun can never become a black hole because there isn't enough mass.

Representation of a Black Hole 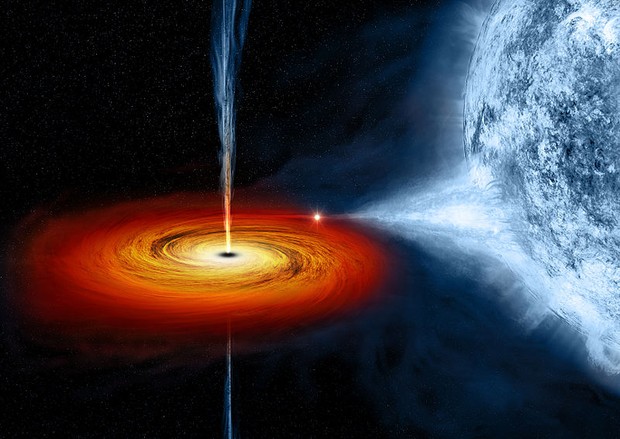 Gravity squishes the star's gas and dust into an area the size of an atom when the heat and energy can’t counteract gravity. This takes a little less than a second. A black hole can be represented by a gumball at the bottom of a cone. The top of the cone is called the event horizon or the point of no return. This is where the black hole starts to suck in things. The gumball is a singularity (black hole).

There are two types of black holes. There are stellar holes which are 10-24 solar masses (one solar mass is the size of our Sun) with an event horizon only a few miles across. These are created by supernovas and are the most common type of black hole.

Then there are supermassive black holes. Scientists believe they form at the center of large galaxies when the galaxies form. They are billions of solar masses and have an event horizon as big as our solar system. Every galaxy has a supermassive black hole at its center, even the Milky Way has one that is billions of times more massive than the Sun.

Representation of a Black Hole if We Could See it's Gravity 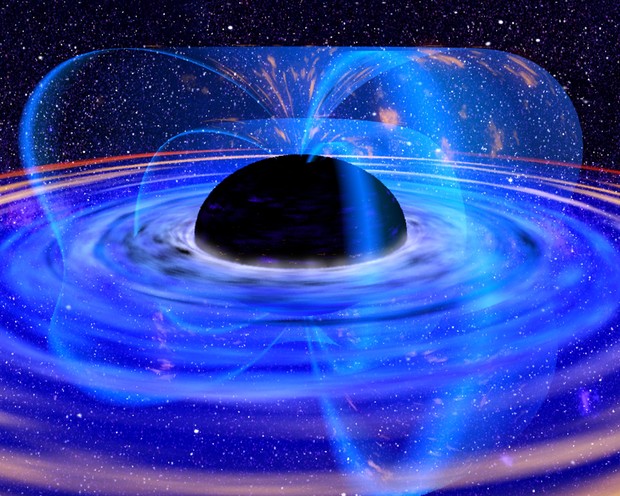 What is it Like to be in/go Into a Black Hole?

The heat gets stronger the further towards the center you go, untill it's unbearably hot, and any light goes downwards, towards the singularity. You would speed up as you fall with your arms and legs being stretched very thin before being pulled apart. In a matter of milliseconds, you would be smaller than atom an, joing the mass of the singularity. The same happens to all mass that enters the event horizon.
Learn More About Black Holes

What Happens Inside A Black Hole?