John Stossel's views are well known. There is no secret that his views go against the grain of the average establishment politician. Nothing is getting done in Congress. Autonomy, freedom of choice, political freedom, and the power of individual judgement supporters are not seen in today's congress. Time to make a change. That starts with John Stossel. 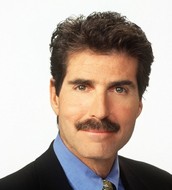 Stossel approves school choice, and distrusts the over growing amount of testing in schools. Stossel wants to create great future leaders, technical experts, and researchers. That starts with improving the education system. Stossel believes in paying teachers more to promote his goal.

Stossel believes in equality for all. All hiring will be based on merit and merit alone. Stossel will legislate to remove quotas in schools and the workplace. He believes that merit is the best qualifier on who to hire, and who to accept. He disapproves wholeheartedly affirmative action. No handouts.

Stossel Will not back down against the establishment. He is strong in his beliefs as seen by his countless hours of reporting footage. He has been reporting over government affairs for over a decade. He attacks corruption and the wrong doings against the American peope. Those who say Stossel is not qualified is a down right idiot.

Facebook @JohnStossel
Stossel will keep in contact with you through his campaign office. Your voice will be heard.
1234 Stossel Road, Duvall, IN, United States contact@stossel.com (317) 222-8765 Stossel.com