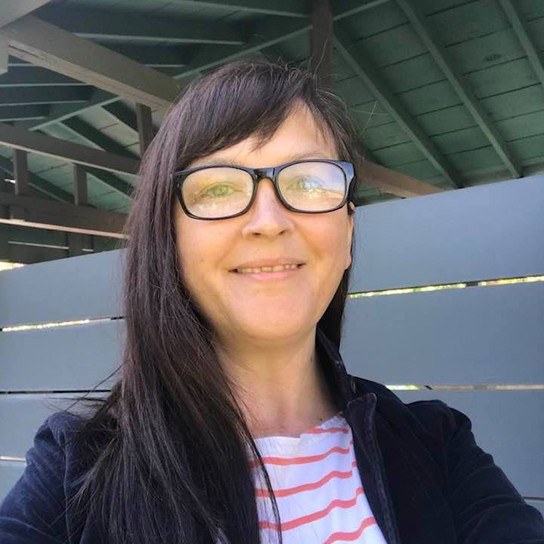 Get email updates from Patti: 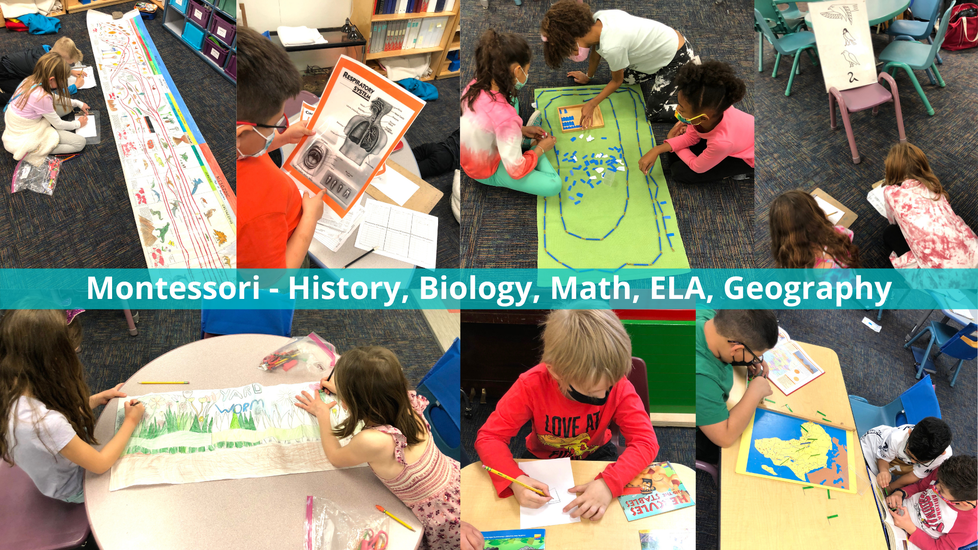 From the Desk of Superintendent Dr. Larry Weeks 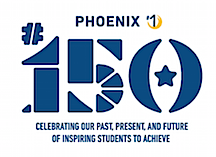 What you need to know about Arizona’s Aggregate Expenditure Limit

and why it is putting our students at risk

In 1980, Arizona voters passed a measure that limits how much money school districts can spend in a school year. This is known as the Aggregate Expenditure Limit (AEL), or otherwise referred to as the Constitutional Spending Limit, and it is the total amount of funding that all Arizona public school districts combined can spend each year.

School districts are not able to spend all the funds appropriated to them through the state general fund for the current school year because doing so would exceed the AEL.

This means in Phoenix Elementary School District, we would not be able to spend nearly $8.1 million that we have budgeted and that was allotted by the state, to fund our expenses for the remainder of the school year.

It is important to note, that this reduction in spending would not reduce taxes; and the legislature could use this funding for expenses other than education and what the voters actually approved.

Why Are We in this Situation?

This situation is not the result of districts exceeding or mismanaging their budgets, but rather a combination of technical provisions in the state constitution, an unexpected pandemic, several additional approved funding sources that now count towards the AEL limit, and a lack of action by elected officials. Below are important details contributing to this situation:

1. The decrease in student enrollment last year due to the COVID-19 pandemic caused a lower

22 school year. When the AEL is calculated, it is using the lower number of student enrollment

rather than the actual higher numbers.

3. District budgets and the associated local tax rates have already been established for this school

year based on legislative authorization; and they were developed based on the higher number

The legislature can allow schools to exceed the AEL and spend the dollars that were appropriated to them by a 2/3 vote.

If the state does not act by March 1, Phoenix Elementary School District, and all other Arizona school districts, will have to immediately make drastic budget cuts for the remainder of this school year. Phoenix Elementary would have to reduce its budget by $8.1 million by April 1, 2022, and we would never regain this funding.

While we do not know specifically what those cuts will look like, the required cuts would greatly impact the operations of school districts, educational programs, as well as students and staff. In addition, this would cause a huge economic impact to the entire state, it would greatly impact families and their ability to work, and most importantly it would disrupt the learning of all students in Arizona. Our children’s learning has already suffered through a pandemic, and this could cause additional learning loss putting our children at a huge disadvantage.

Email your legislators and ask them to exceed the AEL, which will allow all Arizona school districts to continue operating and spending their budgets that were already allocated to districts. In addition, we urge legislators to move to repeal the AEL as this will continue to be an issue in future years.

If you do not know your legislator, find them online and email them. 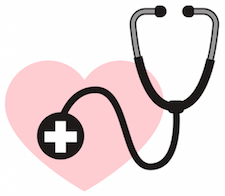 Weekly Pooled Testing: This week 164 students/staff participated in the weekly Covid Pooled Testing. We had 1 student test positive. The student had no symptoms which has been common with the Omicron Variant. Our Covid-19 numbers are in a decline and should stay that way.

Parents, just a reminder, students need to be fever free for 24 hrs without the use of Tylenol/Ibupfrofen before they can return to school. I am no longer calling regarding student’s symptoms unless it may be Covid 19 related. Please call me if you ever have any questions/concerns. 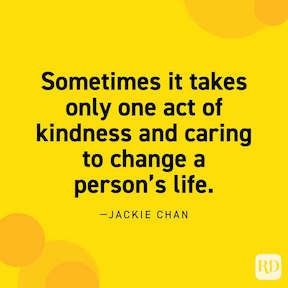 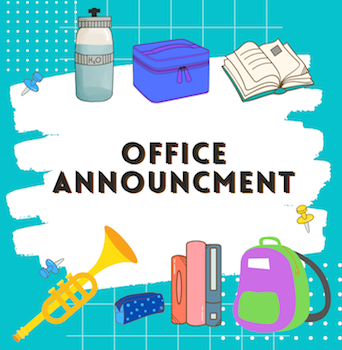 Please take note the school office is short staffed for the foreseeable future.

We would greatly appreciate families taking a moment in the morning to go over all of your child’s needs and bringing them fully prepared for the school day.

This includes making sure your student has their lunch (if they want one) of course, school lunch is available every day to every student so they will not go hungry if they do not bring one.

Make sure they have their instruments, sweater/jacket, homework, water bottles, classroom treats, etc.

The number of items brought by parents to the office after the start of instruction indicates that students are not arriving prepared for their day.

Thank you for your attention and help preparing your students for the school day. 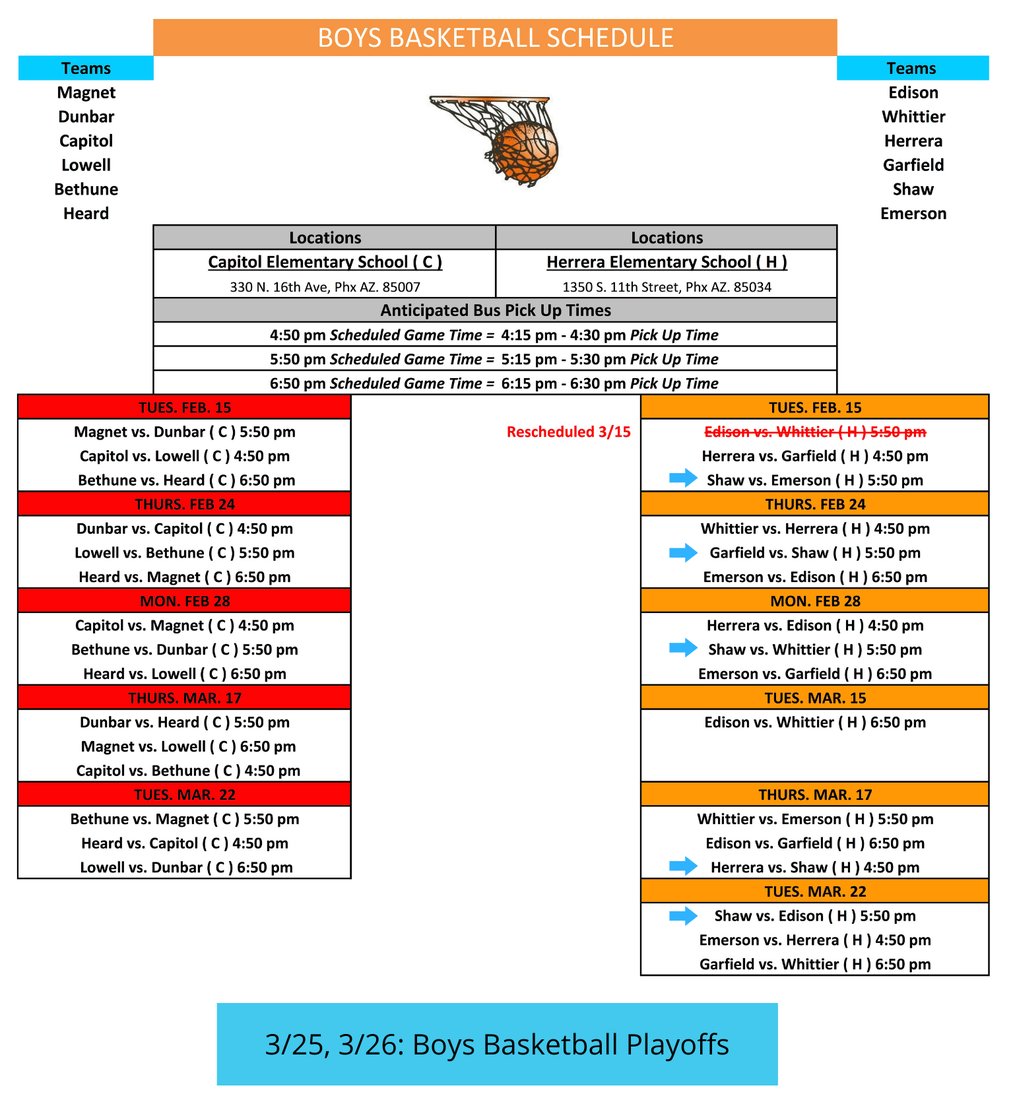 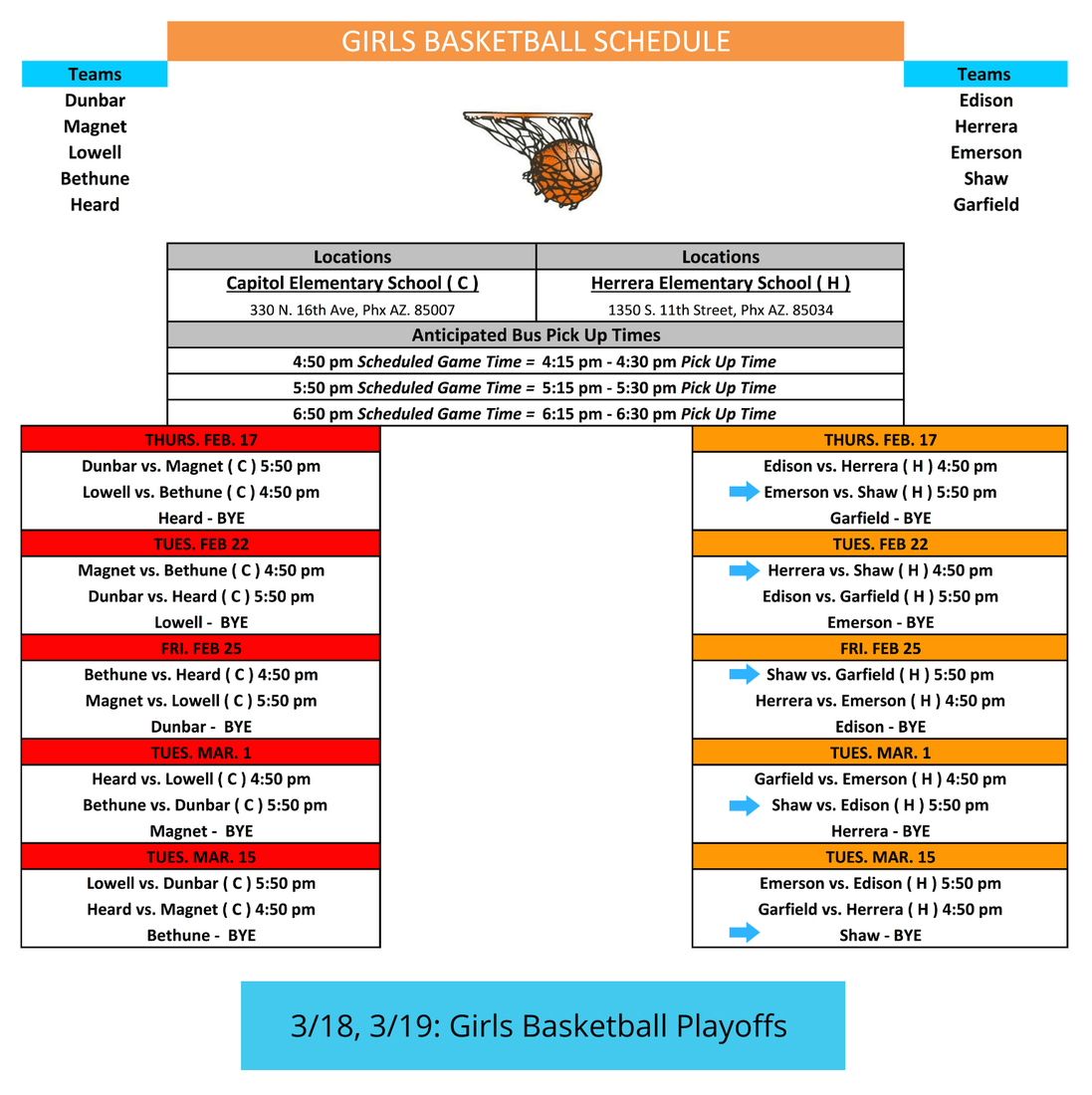 Basketball season is here! Above are team schedules - come out and support our Shaw Stars! 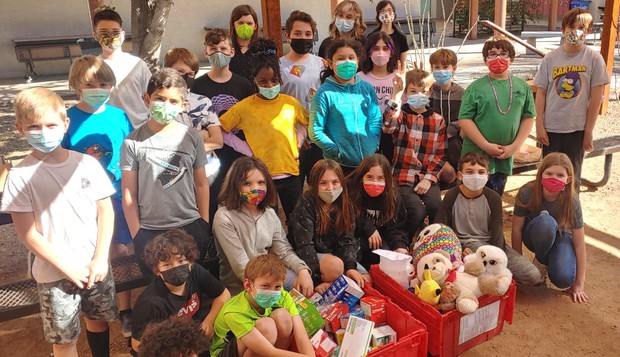 Check out their news segment below! 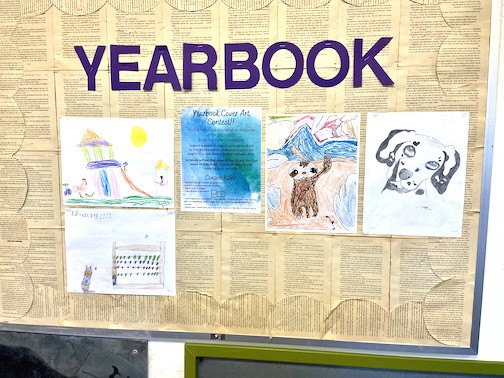 This is the final week students can enter their artwork before we vote on our yearbook cover. Above our the entrants so far, thanks for your artwork! The deadline to enter is this Friday. Although the winner will be on the front cover, all entrants will be featured in the yearbook! Students can drop off their artwork in the Middle School classrooms or in the Library. To send images digitally email: patricia.karnes@phxschools.org

Voting will take place the first week of March. 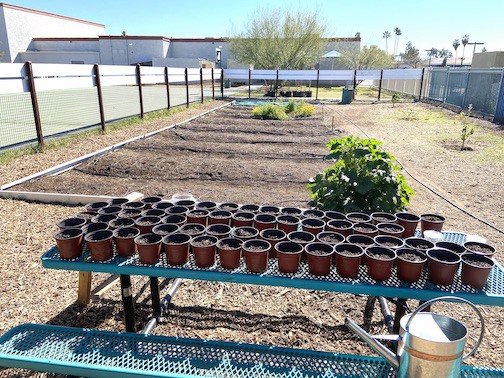 We began our WATER block this week! We learned why water is such an important resource, especially here in the Southwest. Water is a loaded subject because it is an invaluable resource, however, society has devalued it throughout history. Only now, at the brink of a water catastrophe, do we see a societal shift in the way we view and treat water resources. That is the biggest lesson of this block-find the value in water because it’s the building block for life and it’s a finite resource!

Our beds have all been prepped and are being seeded by the students. We are planting a huge variety this year, including a diverse pollinator’s row. I encourage students to speak to the Earth. She can’t speak back but she is always listening. One of my favorite things is to eavesdrop on the 1st and 2nd graders as they plant. They say the cutest darndest things to their seeds.

We will acquire a rooster soon so that the hens can hatch some chicks in the spring. This means that we need to rein back on how we interact with our hens during March and April. The rooster will establish a hierarchy and protect the flock, especially if there is a brooding hen. Rest assured, we have a very docile rooster planned for this visit, however, we cannot have the littles chasing the hens during this period OR collecting eggs. I will keep the flock sequestered to their coop during this time.

We need a propane tank for the grill. If any parent has an extra that they would like to donate we will happily accept one. We also need a plumber to help install the plumbing for this outdoor kitchen. There are some funds in the budget to support this install. If you know anyone please contact me by email or leave the contact with Teresa at the front office.

We can always use coffee grounds and can donations. Please make sure the coffee grounds have been brewed. You can pick up used grounds at Starbucks for free. NO MORE SINGLE BREW PLASTIC CUPS PLEASE! We also prefer that your cans are uncrushed (the small kiddos love this task), however, we will accept crushed cans as well. You can drop them off at the table outside of the front office entrance.

We will take your eggshells as well! Please don’t rinse them. The worms love the yolk! Please, NO MORE EGG CARTONS.

We still need your Home Depot donations. Even $25.00 is a huge contribution. Here’s the link to Home Depot gift cards: https://www.homedepot.com/c/Gift_Cards 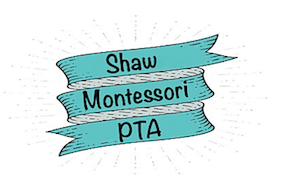 Tasty Tuesday (on a Monday!) 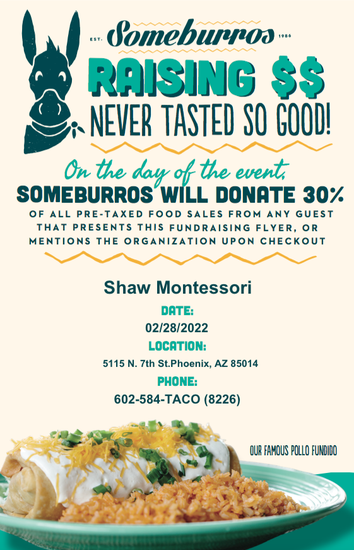 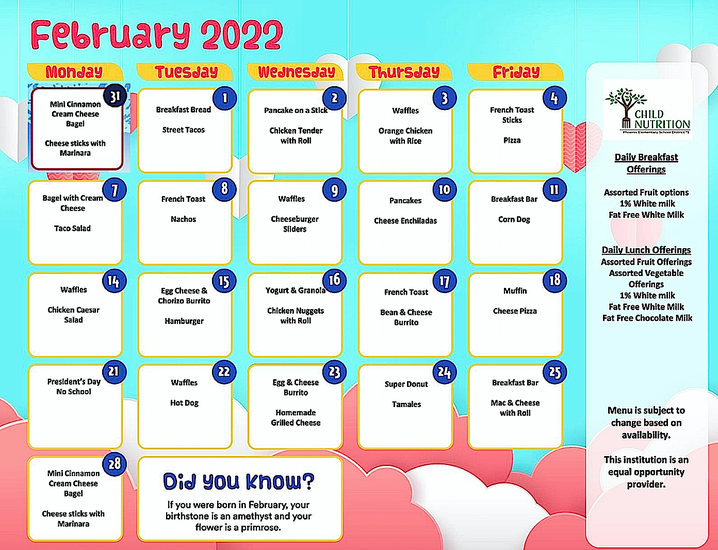 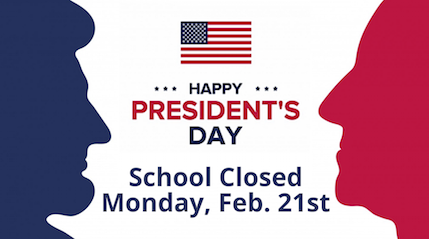 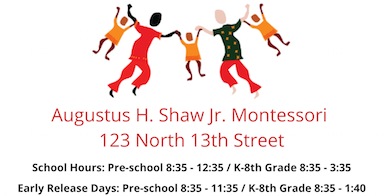 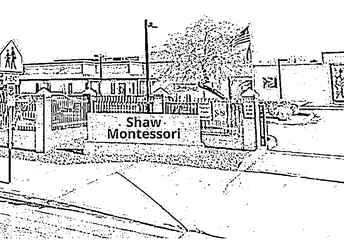 Follow Patti Karnes
Contact Patti Karnes
Embed code is for website/blog and not email. To embed your newsletter in a Mass Notification System, click HERE to see how or reach out to support@smore.com
close