The Top Lives, The Bottom is Already Dead

The Top Lives, The Bottom is Already Dead

"Linda was dying in company – in company and with all the modern conveniences. The air was continuously alive with gay synthetic melodies. At the foot of every bed, confronting its moribund occupant, was a television box" ..."'We try', explained the nurse, who had taken charge of the Savage at the door, 'we try to create a thoroughly pleasant atmosphere here – something between a first-class hotel and a feely-palace, if you take my meaning.'"

Although this quote was mostly said by our narrator, a nurse in this beautiful house of the dead described the "goal" of the hospital. Whlie Linda was dying because of a soma overdose, all they did to help her was put a television in front of her to distract her of the pains of simply being alive. They try and make it a "feely palace", but in all actuallity its where poor, decrepid souls go to die. In our society, we hold on to hope as long as possible even when the end is inevitable, but this view of death as a moment of pure uselessness shows that this palace is more of a morgue.

It's All a Facade

Our society is nothing but deceitful. In our so called perfect nation we are led to believe that the government has control over what's necessary. Unlike the truth, in which the government controls everything including our private lives. The view of the outside world is of fat Americans and the unneeded spending for the use of monster trucks and American flags. Sadly, the view atop the temple that is the government's headquarters is more of a bird's eye view. They sit on the crow's nest and watch as we squirm around as fish out of water just trying to grab the last worm that our nation's leaders have on a string high above us. We live in a fake bliss while the government attempts to play house with us as the dolls. Although in our point of view, the United States isn't much of a Utopia. On the other side of the window pane, we have a different view point. The other countries that are less fortunate than our own view us as nothing less than heaven. To them we are a dystopia of every shade, but, sadly, they don't know it. We must live with the realization that our society will never be perfect, but we can hope for the best. There will always be a flaw, whether it be a sacrifice that must be made or an inevitable inequality that cannot be avoided. America will forever and always be a dystopia of the highest standard, but only from the perception of someone who has not personally been in the country.
Adele - Skyfall (Lyric Video)

In Skyfall, Adele describes how this perfect object, the sky, is falling around her while she is standing proud in the wreckage. In this description, it is believed that she is talking about how our society is seen as a utopia from the outside with everything being efficient and beautiful, while truthfully our own wants are causing the nation to crumble underneath us as if the sky was falling, but in Brave New World, there are a few brave souls that wish to change the way things are such as John Savage. People like John wish to stay with their beliefs until there is a light upon the horizon. In the beginning Adele also describes "This is the end, hold your breath and count to ten." While John Savage knows that the society around him stays perfectly content with the inevitability of their demise, he stays stoic during the discovery that this imperfect society is viewed as nothing less than heaven. She also says "You may have my number, you can take my name, but you'll never have my heart." This can be related to the fact that everyone in the society of BNW is just a pawn that doesn't truly affect the outcome of the society, and no one truly has a voice. There are people that are rebellious enough to tell the world that they are their own person, and their legacy will live through the imperfections of the nation around them. Sadly, everyone eventually succumbs to life in heaven, seeing as not even the rebel of society can claim freedom. 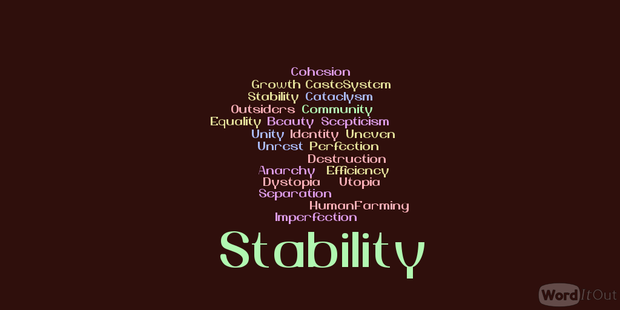 GMOs, The Key to Our World's Survival

Although there are non believers when it comes to genetically modified organisms, but they do not know key organisms that have been modified for years that have assisted our society in evolving past expectations. Our food sources have been slowly been modified not only over thousands of years, but with quicker processes have been taken to a new level of super food. On Common Ground's website, they have proven facts describing how GMOs are developed and specifically how they affect society. In an article about GMOs, they said "Every plant improved through the use of food biotechnology is examined by the FDA and EPA for potential health risks. Tests are done on plants before entering the food and animal feed supply. The World Health Organization (WHO) reports that current foods containing biotech ingredients have passed human health risk assessments." While not only showing that these foods are healthy, this proves that major food health organizations have proven that this innovative way of improving our food has nothing but positive effects on society. A study at the University of California, Santa Cruz has dove deeper into exactly what benefits this idea has to offer. Their recent study showed these projects yielded "Bigger yields to create more efficient use of land, less uses of herbicides and other pesticides", "Foods with better texture, flavor, and nutritional value", and "An essentially stable way to feed the world"