Introduction to our exhibit on 15th century inventors

The 15th century had very famous inventors. None more famous than Leonardo Da Vinci, but there were others including Johann Gutenberg, Galileo, and William Bartruff. This exhibit will be based solely on their works to show the public their contributions to society. 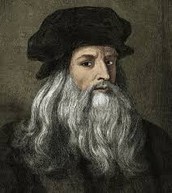 Leonardo was one of the most well known inventors of the 15th century, but not only was he an inventor, he was also an artist and a sculpture. Leonardo was known as a true Renaissance man. Leonardo was so influential that a child show character was named after him. He had many inventions even though some of them were never finished. Some of the inventions he made included the ball bearing, the parachute, and the diving suit. Some of the inventions he didn't finish were the armored tank, the ornithopter, and the machine gun. 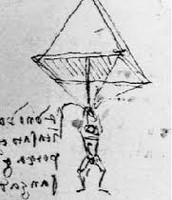 Da Vinci designed the first parachute with a pyramid framework with a cloth draped over it. He said it would allow a man to ¨throw himself down from any great height without suffering any injury.¨ 21st century tests of Da Vinci's design say that it would have worked just as he described. 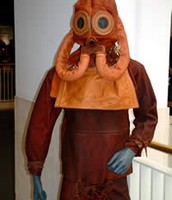 Leonardo made the diving suit in order to help the Venetian navy help sabotage invaders. He had two versions of the suit. The first had the diver carry a long hose connected to a floating bell full of air while wearing face masks and goggles to help see. The second had the diver use a wine bladder full of air. Both versions had the divers carry a wine bottle for the men to urinate into that way the divers could stay under longer.

The ball bearing is an important invention that is used in many things today. without it ramps in factories and stores wouldn't function correctly. The idea of the ball bearing can be traced all the way back to the Roman Empire but many believe that his wear the first practical designs. 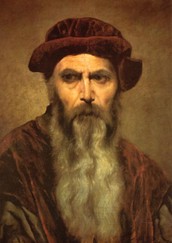 Johann Gutenberg was the man who invented the printing press. The printing press was a well used invention in the Renaissance and is still used today. Sadly Johann didn't get any money for his invention because patents didn't exist yet so people could just make their own. Gutenberg did print print the first book though. He printed the Bible first but that particular copy was known as the Gutenberg Bible.


Zacharias Janssen was a Dutch lens-maker who invented the first compound microscope in 1595 (a compound microscope is one which has more than one lens). His microscope consisted of two tudes that slid within one another, and had a lens at each end. The microscope was focused by sliding the tubes. The lens in the eyepiece was bi-convex (bulging outwards on both sides), and the lens of the far end (the objective lens) was plano-convex (flat on one side and bulging outwards on the other side). This advanced microscope had a 3 to 9 times power of magnification. Zacharias Janssen's father Hans may have helped him build the microscope.

Galileo was the first person to use a telescope to observe the skies (in 1609), after hearing about Hans Lippershey's newly-invented telescope. Galileo discovered the rings of Saturn (1610), was the first to see the four moons of Jupiter (1610), observed the phases of Venus, studied sunspots, and discovered many other important phenomena. In 1593 Galileo invented the thermometer. After publishing the many discoveries he made using his telescope, including the motion of the Earth around the Sun (the Copernican system), Galileo was accused of heresy by the Inquisition (in 1633).

Follow James Kelley
Contact James Kelley
Embed code is for website/blog and not email. To embed your newsletter in a Mass Notification System, click HERE to see how or reach out to support@smore.com
close