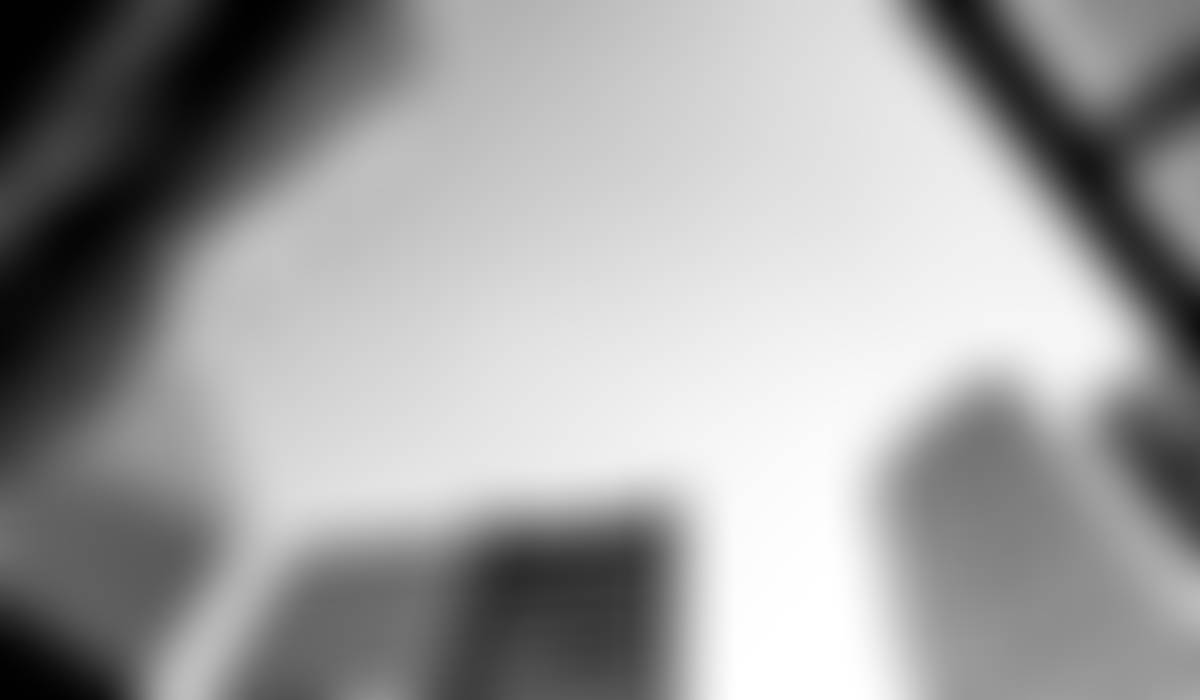 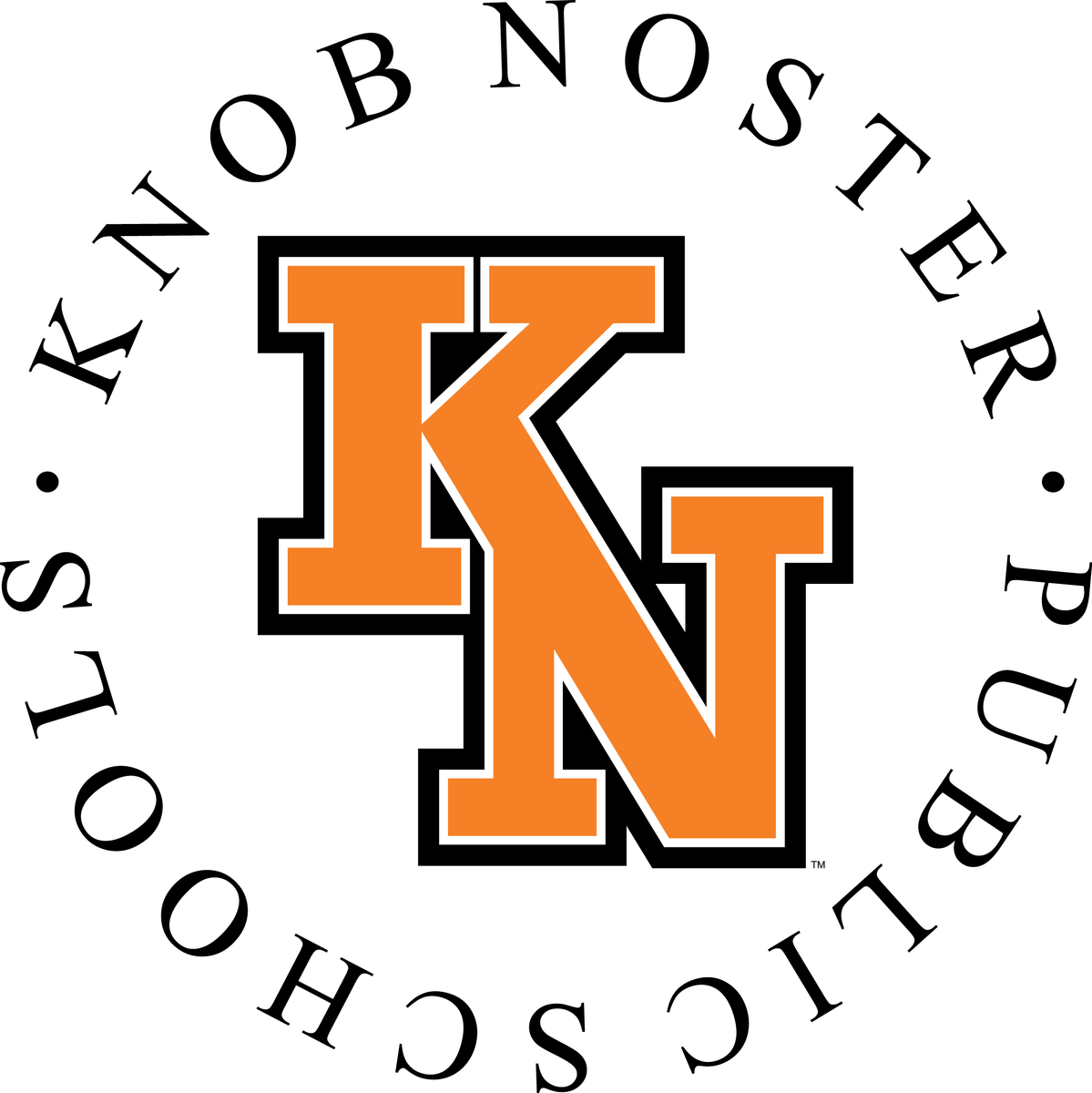 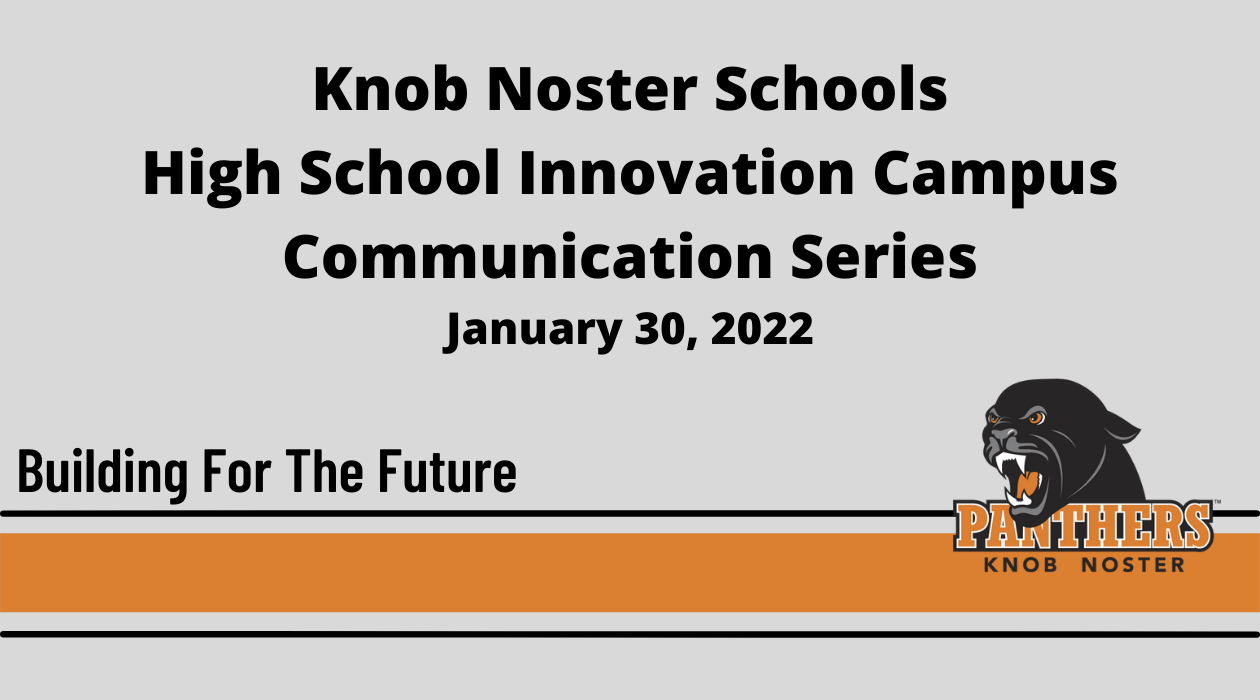 Six years ago, I was given the directive by then Board President Mary Ann Matthews to focus on the role of the school district in helping drive community growth and economic viability. As a small business owner, she understood the district’s responsibility and capacity to do so and what that would mean for our local businesses and our community. At the time, the majority of our downtown storefronts were shuttered and businesses were relocating out of the Knob Noster community. To get this situation turned around, Knob Noster Public Schools provided funding and leadership to initiate the Missouri Main Street revitalization effort. The district helped facilitate an initial group of community leaders to lead the charge, and that group subsequently produced successful results. Now, six years later, our downtown business activity is much stronger, with most storefronts open for business. While we have still not recovered previously existing businesses such as a grocery store, pharmacy, or community newspaper, we have seen notable economic progress and activity over the last several years. As the largest employer in the community, Knob Noster Public Schools understands its opportunity and responsibility to assume leadership roles in developing and strengthening our community economy.

There is a longstanding debate over whether public school districts should operate within the same parameters as a business. Whereas businesses are designed to produce a bottom-line profit, public schools are not. Whereas successful businesses accumulate increasing wealth over time, public schools are not intended to accumulate wealth. Rather, their role has been to distribute wealth via education for students and employment for community members, both of which lead to sustained community economic viability over time. That said, my approach as superintendent has always been that of a growth mindset with a focus on those ways in which I can utilize my role to generate additional revenues, produce enhanced and expanded outcomes for students, and strengthen the community. Within the educational setting, this opportunity for sustained increased revenue is directly tied to increased student enrollment. Specific to Knob Noster and our military-connected student population, the district also has many additional avenues to secure new federal revenues, as can be seen in our highly successful grant making over the last several years. But the positive impacts of these revenues are not limited just to education. Population growth and the infusion of outside dollars into our school and community are keystones to overall prosperity, growth, and long term viability.

It is no secret that strong schools and strong communities go hand in hand. Where you find strong schools, you usually find strong communities. The corollary is also true. One of the benefits of strong schools is the desire for families to move into the community so that their children can attend and benefit from exemplary education. Strong schools also help attract business and residential developers. Over the last several years, Knob Noster Public Schools has continued to perform as the best school in the region and one of the best in the state as reported by US News and World Report. The district is seeing the effects of this performance in terms of student growth and the desire for families to live in our community. We believe the proposed High School Innovation Campus would help attract new residential development and businesses to the community.

Fortunately, Knob Noster Public Schools has a highly-unique (nearly ideal) opportunity to attract new students and families….and that opportunity regenerates EVERY year. With 70% of our students being military connected, we experience a perpetual turnover in many families, each of whom make choices about where they will live while stationed at Whiteman…and after retirement. The quality of public schools is said to be the # 1 factor influencing their decision. Over the last six years, the local, state, and national reputation of KNPS has continued to strengthen. Over the last 36 months, the district has seen a significant increase in the number of families wanting to attend KNPS. The district receives calls weekly expressing the desire to attend KNPS as families move and PCS to the area. As a result, we have seen district enrollment grow nearly 200 students over the last few years. Our buildings are reaching capacity, and if this trajectory continues, we will soon be out of space and overcrowded. Hence, the need for the proposed High School Innovation Campus.

We will discuss the components of the High School project later in this communication series. But as a whole, an investment in a new High School Innovation Campus is expected to attract developers and spur residential growth, allowing new opportunities for families to live in Knob Noster, dine in Knob Noster, play in Knob Noster, and circulate their income in Knob Noster. A project of this scope will also likely produce a positive impact on property values throughout the district. Knob Noster is seeing an uptick in residential building permits at present, and we believe the proposed High School Innovation Campus would significantly increase this development. Of course, new taxable property over time would mean new financial support for our community and our school.

We do not have to look further than to our bordering neighbors in Johnson, Pettis, and Lafayette counties to see examples of recent investments in school facilities in their growing communities. The last new school building project in Knob Noster was when Knob Noster High School was built in the mid 1960s. Historical accounts indicate all Knob Noster facilities, including KNHS, have been accomplished through the support of federal dollars to join with local tax efforts, which aligns to our current approach.

Later in this series, we will discuss the rationale and need behind securing a new Knob Noster High School. Specifically we will share what this change would mean for transitioning Knob Noster Middle School to our current Knob Noster High School campus, reorganizing our elementary buildings, and freeing space for an expanded Knob Noster Preschool. Multiple community amenities are also included in the proposed project.

On behalf of the KNPS team and our 1900 students, thank you for your time in reviewing this communication series. As always, my door is open to you and our community if you would like more information. Knob Noster Public Schools – Our Mission Is Student Success! 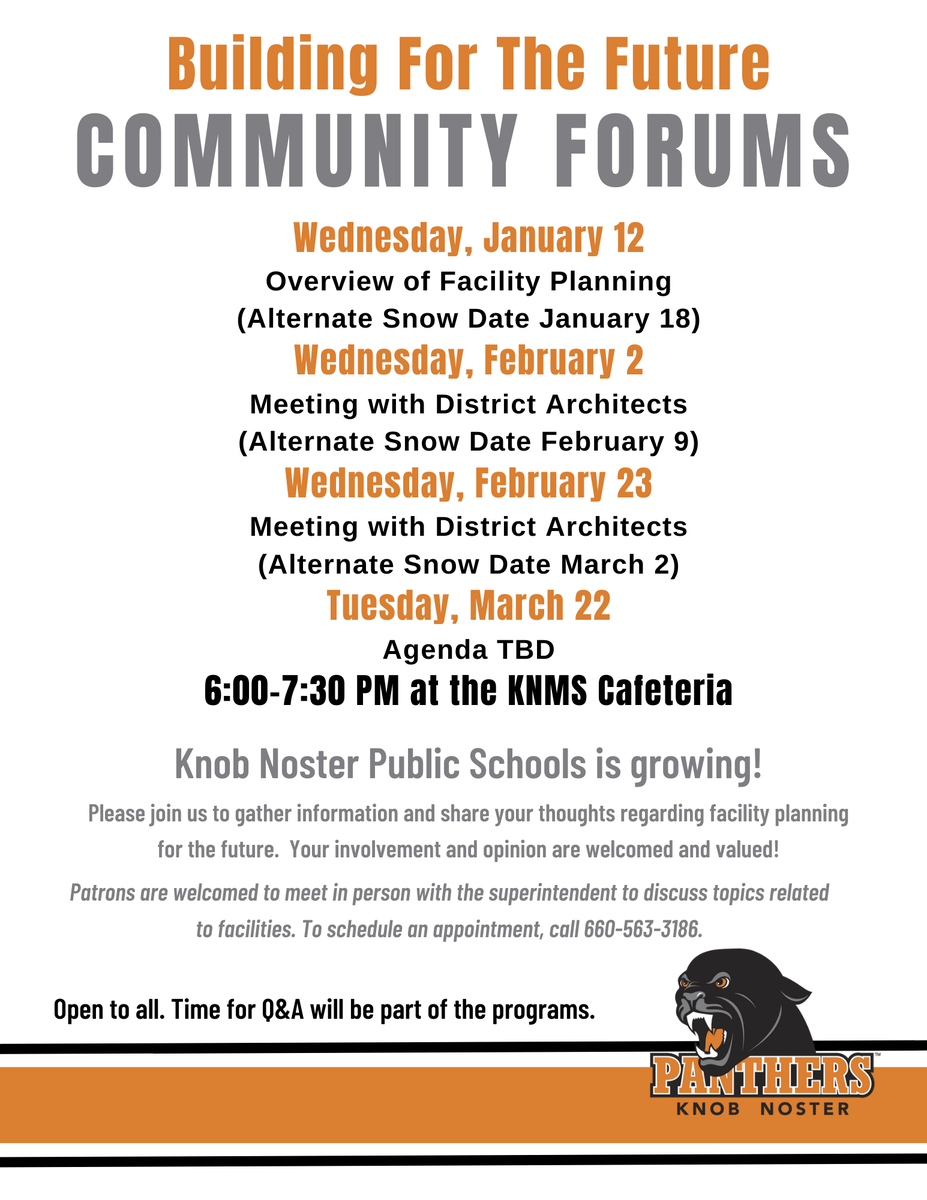 View the December 14, 2021 Building For The Future Community Forum Here
A button has a clean look to it, and gives you more space to share a summary or set of directions with your readers. You can write an eye-catching headline, too :)
Tina Brant
Tina is using Smore to create beautiful newsletters
Knob Noster Public Schools

Our Mission Is Student Success