Two TUSD Robotics elementary VEX IQ tournaments were hosted this year on January 19th and January 26th at Orchard Hills School. Eleven TUSD elementary schools have official VEX IQ teams who participate in these tournaments and compete against other competitive robotics teams from around Southern California.

The competition was fierce this year, with world-class teams joining our event. We saw robots with innovative designs and exceptional programming. The lessons learned from watching teams from outside TUSD are invaluable and pushes all of us to keep growing and learning. There were also fewer tickets to the California State Championship provided to our tournaments from the REC Foundation due to the fact that the State Championships are now going to be hosted by small event partners instead of at the Pomona Fairgrounds. In addition, the number of VEX IQ teams is growing fast and fewer tickets are available at each tournament.

Next year, the plan will be to host an elementary tournament earlier in the year to give our teams a look at other teams and some practice before the final January tournaments. We are all so proud of what the TUSD Elementary Robotics teams have accomplished in just four years. The coaches have grown tremendously and the kids just getting better each year at building and programming.

TUSD Robotics is very appreciative of all the support from the Tustin Public Schools Foundation and TUSD. None of this would be possible without this joint partnership of support. Thank you so much!

For more pictures from the tournament, check out this Google Photo folder or go to the TPSF Smug Mug Site, courtesy of John Garrett. 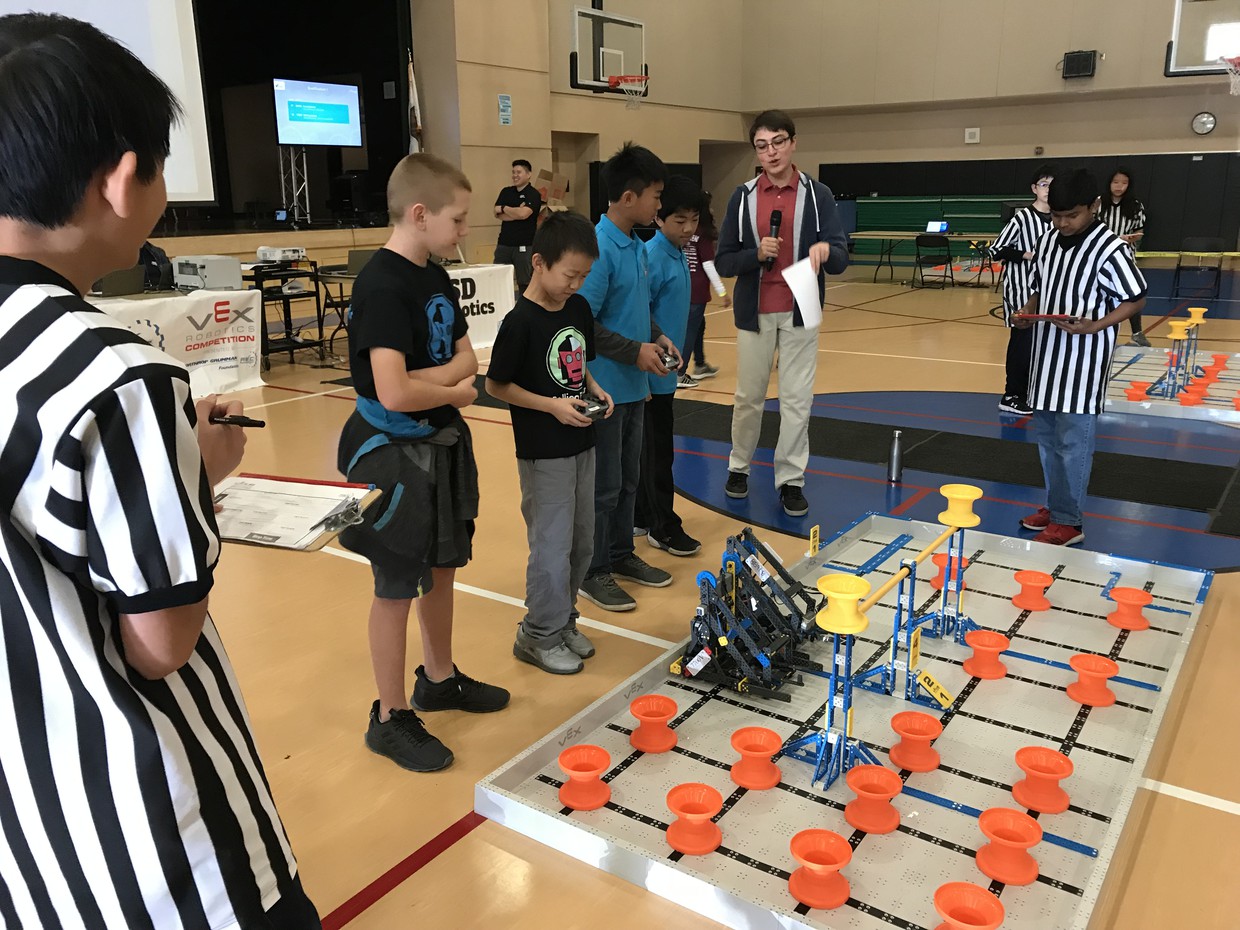 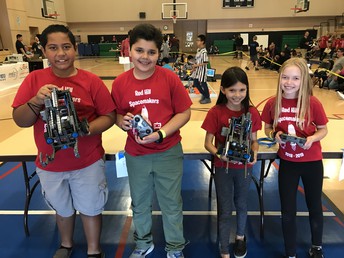 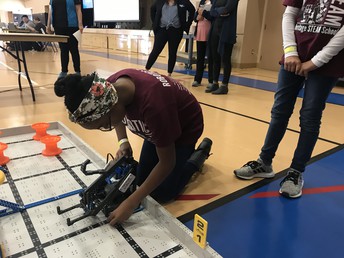 Lining up the robot to run autonomous code. 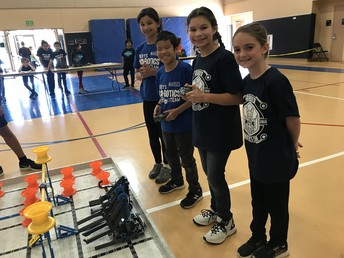 Teaming up to play in the teamwork competition. 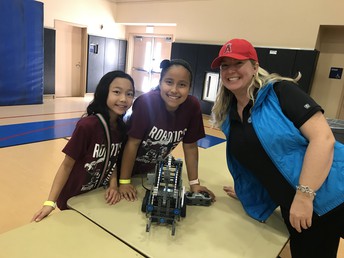 Checking in with a Smile 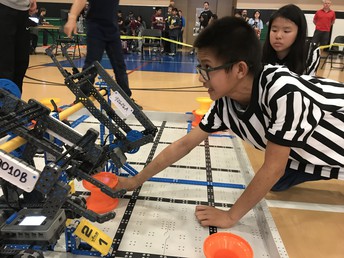 It's a High Hang!

Referee Jeff checking to see if the hub slides under the robot. 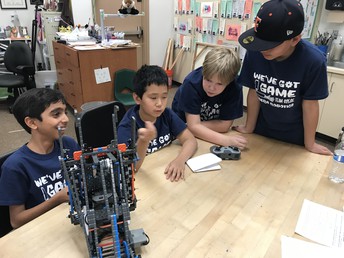 Ladera explains their unique design to the judges. 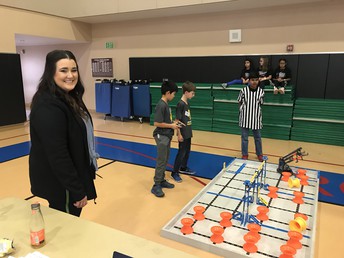 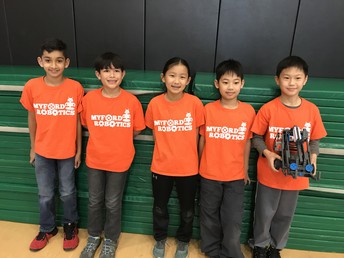 Waiting for some time on the robot skills field. 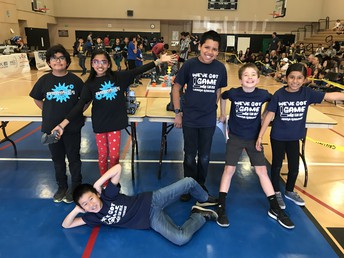 TMA and Ladera Checking In

Having some fun waiting for a match.
Orchard Hills teams shown below won two design awards for their excellent notebook and interview skills explaining the engineering design process used to create their robots. Congratulations and good luck at the CA State Championship! 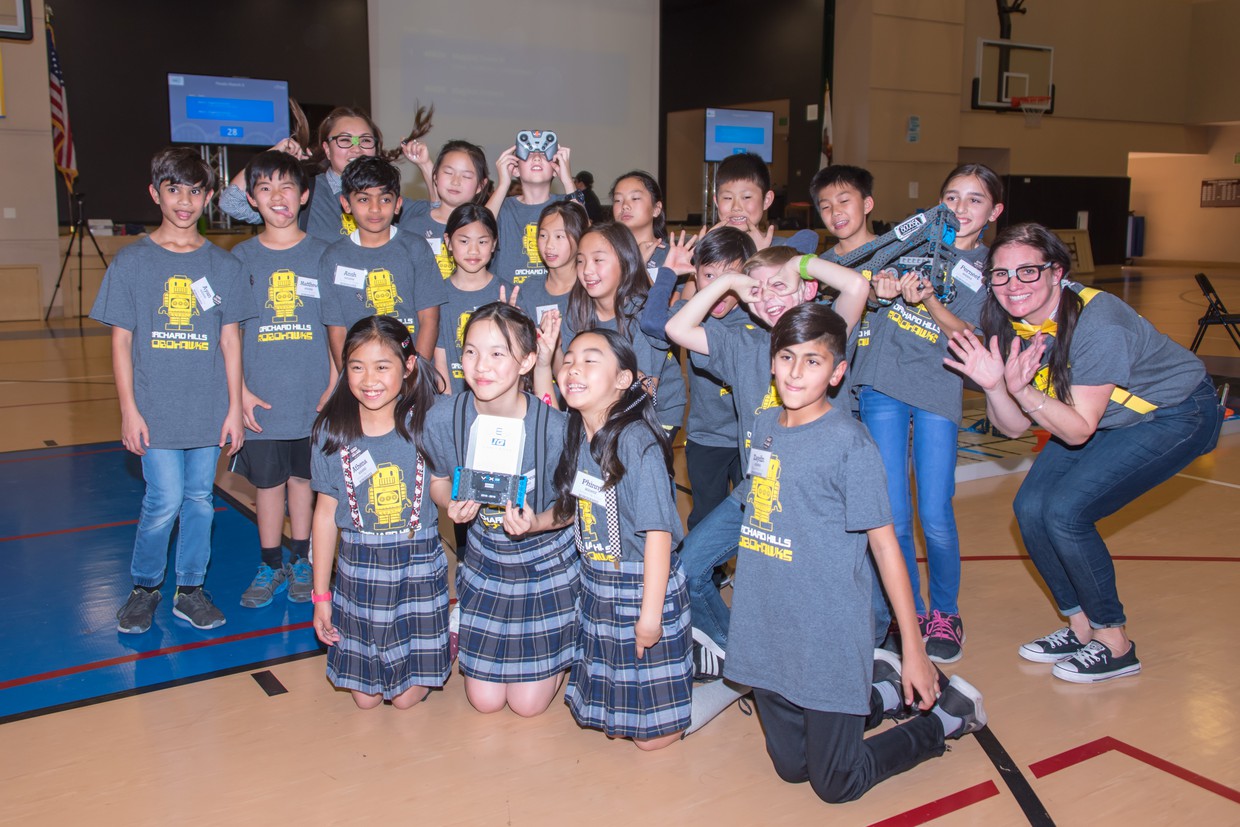 Thank you to our IT Team and student volunteers who helped make our two elementary tournaments a huge success. You are all so professional and we could not do this without you! 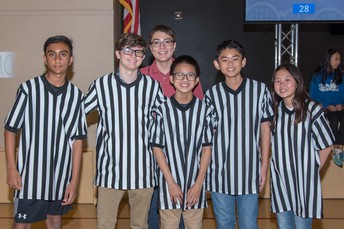 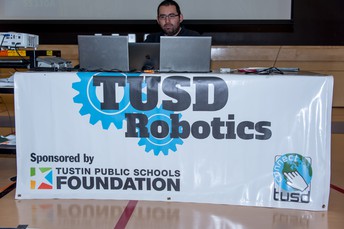 None of this happens without our IT team running the tournament manager. 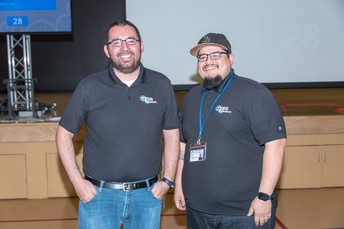 One final qualifying tournament was held at the Orange County Department of Education this past weekend and a few Orchard Hills and Tustin Memorial Academy teams participated in the tournament. One Robohawks took home the Design Award once again and the other became tournament finalists. Tustin Memorial took home the elementary excellence award and a second team was invited to the state championships with a high driver skills score.

The State Championship schedule will be: 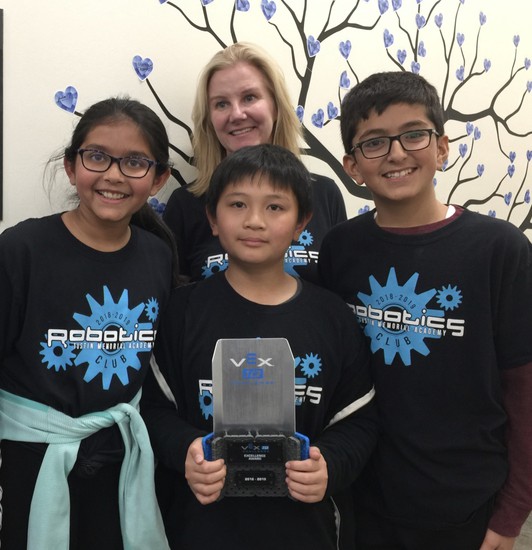