Kimora is using Smore newsletters to spread the word online.

Get email updates from Kimora:

Susan B. Anthony changed the world

Susan B. Anthony changed the world

Susan B.(Brownell) Anthony was a Women’s right activist, She changed the world by making it possible for women to be independent by working, voting, and owning their own things. She was born on February 15, 1820 in Adams, Massachusett and she died on March 13, 1906 in Rochester, New York. She was a very intelligent and responsible women. She started off working at her Father’s family business, But then it shut down. So Susan found a job being a teacher at a Quaker school near Philadelphia , Then she ended up teaming with a women named Elizabeth Cady and they then became successful Civil Right Activist/Women’s Right Activist.

What was Susan B. Anthony trying to say?

What Susan B. Anthony is trying to say is women will never be able to show what they are capable of if they always depend on men to do these thongs for them. Because of this Susan B. Anthony decided to boycott and fight until she got her way. 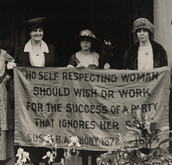 Women holding up one of Susan B. Anthony's quotes

This is a picture showing women holding up a sheet with one of Susan B. Anthony's quotes showing their feelings and what they thought. 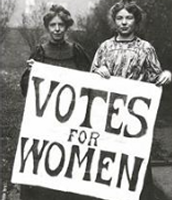 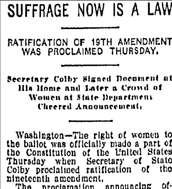 Susan B. Anthony joins the law!!!

This is a picture that shows in 1872 when Susan B. Anthony joined the law, When it was official that women were able to work, vote, and do business. It was called "The Rights of Women" and it was the 19th amendment.

Why is this important?

The reason this is important is because if it weren't for Susan B. Anthony women would've had to wait a longer to be able to have independence.

Websites that helped me

Kimora is using Smore newsletters to spread the word online.