amber is using Smore newsletters to spread the word online.

Get email updates from amber:

United States has a good stable government and that makes the whole union a stronger country. America has a lots of natural and beautiful sights to see.It has a lot of available jobs across the country and it is known for starting new beliefs.

Were should I travel?. 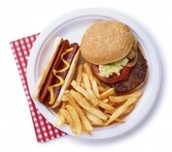 America has 50 states where you can travel and visit with physical features that make it unique. There are lots of natural and beautiful sights to see such as; Niagara Falls in New York, Yellowstone National Park in Wyoming, Hawaii (Hawaii islands are well-known for their interesting culture full with beautiful traditions, customs, cuisine.) , and Grand Canyon in Arizona.

Religion: there's a lot of different beliefs that believe Catholic,Christianity,Buddism, Hinduism and a lots more America was know for starting new believes

Food:there's alots of different food diffused from all over the place there's mexican food,and American food all types of food you dream of is mostly in America

Sports are an important part of the culture of the United States. Developed in North America: American football, basketball and ice hockey. Soccer and Baseball are also very popular but were developed in the UK.

amber is using Smore newsletters to spread the word online.

Follow amber morales
Contact amber morales
Embed code is for website/blog and not email. To embed your newsletter in a Mass Notification System, click HERE to see how or reach out to support@smore.com