The Anasazis were from Pueblo Bonito, they built dams, ditches, and canals. These were used to trap rain to water the gardens on the canyon floors. They heavilky influenved art and architechture of late groups. There houses were made of adobe and stone and had apartment like structures. They would live along cliiffss or someties large plazas.

The Adenas lived in the Ohio valley around 700 B.C. They grew squash, sunflowers, gourds, and barley. They made very rich pottery items and jewelry made of copper.

The Hopwells arrived in Ohio valley aroundn 300 B.C. They had a very large trade network and built mounds. Some were 40 feet high and 100 feet wide imagine that! Also,

the Adenas and the Hopwells were called the "Mount Builders". 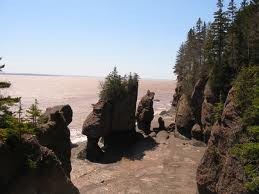 They had arrived in the Mississippi valley around 800 A.D. Their population was increased because they added corn and beans which were used. Because their poopulation incresed, they needed more land. As a result, the land ended up in alot of cities. The largest city was Cahokia. Cahokia was larger than than the great pyramid in Eygypt and was surronded by 120 smaller mounds. Sadly, all of these cities fell aprt by the start of 1300 AD, but these cities all influenced other Eastren Woodland people because of their way of agriculture. 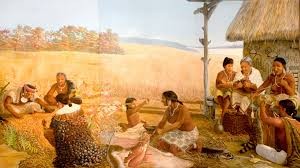 Follow Deanna L
Contact Deanna L
Embed code is for website/blog and not email. To embed your newsletter in a Mass Notification System, click HERE to see how or reach out to support@smore.com
close