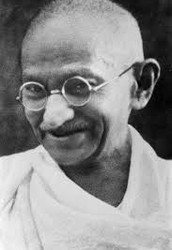 Date of brith/date of death

Mohandas was born in the western Indian village of Porbandar on October 2nd, 1869. But then Gandhi was assassinated by Nathuran Godse on January 30th 1948.

Some of Gandhi's Achievements.

Gandhi put up a life long fight in order to be free in India.

Gandhi also led a 200 mile Salt March so that people in India could gather their very own salt.

Gandhi was a successful lawyer in Africa.

Gandhi changed the face of the planet the way that most of the world thinks about it like races, colors, and backgrounds.

Gandhi was a big impact of the world today.