Raven is using Smore newsletters to spread the word online.

Get email updates from Raven: 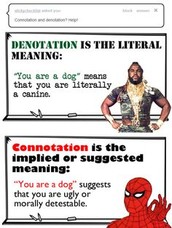 Connotation- The associated or secondary meaning of a word or expression in addition to its explicit or primary meaning.

Denotation- The explicit or direct meaning or set of meanings of a word or expression, as distinguished from the ideas or meaning associated eith it or suggested by it.

First Person- used for a personal narrative ( I, mine, me,we, us, ours, etc.)

Second Person- how the story was told (you, yours, yourself, yourselves etc.)

Simile- a comparison with the use of "like" or "as".

Metaphor- a comparison WITHOUT the use of "like" or "as'.

Epic- a long, narrative poem that is usually about heroic deeds and events that are significant.

Narrative- a form of poetry that often tells a story , often making use of the voices of a narrator and character as well.

Commonplace assertion- an assertion that is held to be true by most people, but not backed up with facts.

Fact- Is something that is true and can be proven.

Opinion- a view or judgement formed andout something, not neccesarily based on facts or knowledge 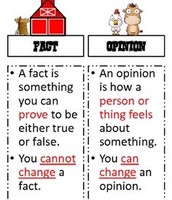 Raven is using Smore newsletters to spread the word online.