Glynis is using Smore newsletters to spread the word online.

Get email updates from Glynis: 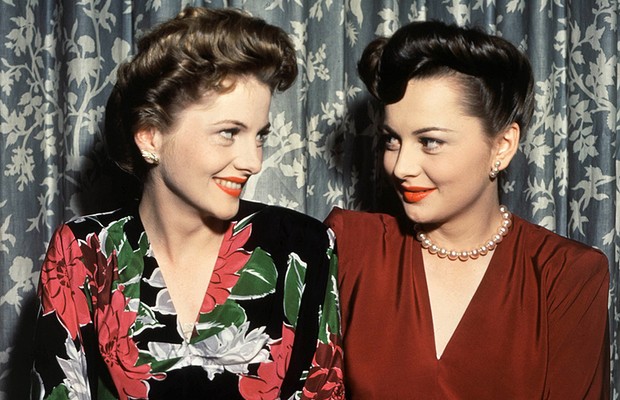 I sit in a small cafe in Carmel, California its a small place that sells exquisite tea and has the best bagels in her opinion. Joan agreed to meet me here, in her favorite cafe, to talk about the book that shocked the world. Its been three months since the book No Bed of Roses came out and the shocked with the utter knowledge of the truth about the life she's lived. The realities and truths about the epic sibling rivalry between herself and sister Olivia. Joan enters the place with her hair pulled back wearing a nice coat. She goes to the front of the cafe and talks to the owner and orders her tea. She looks around and spots me and walks over pleasantly. She introduces herself and tells me how ecstatic she is for the article I am writing about her book. The owner brings her tea over and Joan sits down opposite me. We begin chatting about the book and begin talking about Olivia her older sister who is also a Hollywood scarlet. Joan comments about their rivalry "I think it really happened when I was born. My sister being a little older than I was. We were born in the Orient and I was a sick little child and I don't think Olivia was allowed in my nursery and then I think she rebelled and wouldn't come in even and it started there." 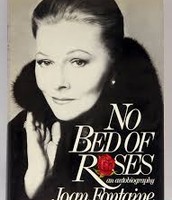 The cover of Joan's autobiography No Bed of Roses. 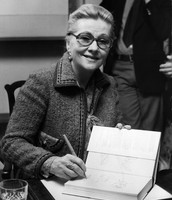 Joan signing a copy of her book.

Joan in Carmel outside her favorite Cafe.

Olivia is a year older than Joan being born in the year 1916 and Joan 1917. Regrading childhood Joan recalls that for Olivia and herself that "Our parents and people around us brought us up with a point of view of vying. You can but she can't kind of thing. Contest." and saying that is what caused the divide between her and Olivia. Though she also that Olivia unhappiness with her "may have been rooted in having to share her parents attention after my birth" meaning that Olivia was probably a child that was meant to be an only child and could not handle the balance of siblings. Their divide went on into adolescence where it escalated to physical abuse where one time "Olivia broke my collarbone". As the years progressed the fighting became less physical abuse and became more psychological Joan recalling that "When we were younger Olivia made a fake will" in this will Olivia said things like "I bequeath to my sister the ability to win boys' hearts, which she does not have at present." and "I bequeath all my beauty to my younger sister Joan, since has none". The competition between sisters continued as "we both had an interest in acting from a young age". 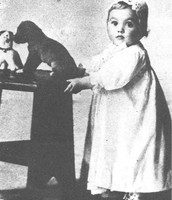 Olivia as a young baby. 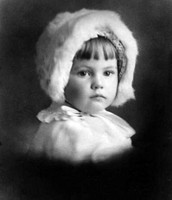 Joan as a toddler. 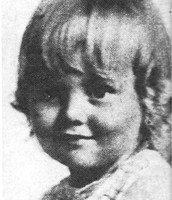 Olivia age 2 a year after Joan was born.

Their Rise to Fame

As both girls expressed an interest in acting from a young age but it was Olivia who started her career first. Olivia started her career at Warner Brothers signing a seven year contract starting 1944. Joan recalls the start of Olivia's career "I became I sort of chauffeur for Olivia since she couldn't drive picking and dropping her off at the lot" and how that exposure changed her career "One night while I was waiting for Olivia at the Warner's lot I was approached by a studio employee who told me that I should be in films and that he wanted to make that happen. That night I told my mother of this and she told me that Warner was Olivia's studio and I was not to pursue work there." Her career went on and she signed a two picture contract with RKO and "I had to leave Olivia's distinguished name for her and I took my stepfather's name". The real drama took place when Selznick International Pictures were putting together Gone With the Wind "I met with the director to discuss the part of Melanie but I made a tremendous mistake and I have regretted it always. Because I wore some rather chic clothes. The director said, 'Oh, you're much too stylish for the role that I want you to do.' And I said, 'Well, what about my sister?' And he said, 'Who's your sister?' I explained. And he said, 'Thank you.' And that's how Olivia got that role." On the other hand Olivia tells a much different tale on how she got the role the director wanted her to come in secretly and read for the part of Melanie and since she was under contract with Warner things was a highly illegal act. She seemed to fit the part and the wanted to make it work so the director asked Warner to lend her out for the picture at which he refused that is until Olivia talked to his wife and got her to lobby on her behalf. 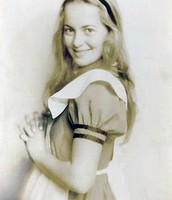 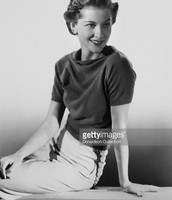 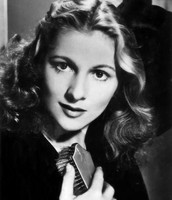 Olivia and Joan made history by being the first sister to be nominated for an Oscar in the same category at the same time. They were both nominated for best actress Olivia for Hold Back the Dawn and Joan for another Hitchcock film Suspicion. Joan thinks back on the 1942 Oscar ceremony remembering that "Olivia and I were seated at the same table for dinner. I had planned to skip the ceremony but Olivia convinced me to go. When they called my name I froze and stared across the table where Olivia was sitting. She whispered to me 'Get up there, get up there' My paralysis was total." The Academy had planned to seat them near each other to get a reaction out of which ever sister lost Joan recalls that "I was terrified because of Olivia I'm still afraid of her!" Both Olivia and Joan established themselves as Hollywood's A-listers and were often up for the same parts which created more of a divide 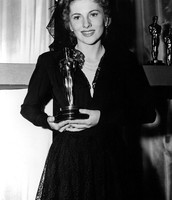 Joan with her Oscar. 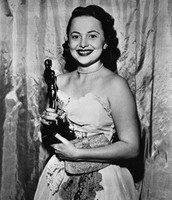 Olivia with her Oscar. 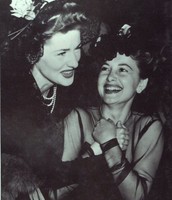 Both of girls dated but it was Joan who married first with, actor Brian Aherne someone whom Olivia had once dated first, in 1939. Joan recalls the night before her first wedding and her quarrel with Olivia "Olivia's boyfriend at the time Howard Hughes while we were having a celebratory dance he tried to convince not to marry Brian because he wanted to marry me himself." of Joan shared this with Olivia but "Olivia didn't believe me". Olivia went on to marry in 1946 to author Marcus Goodrich whom had been married four times Joan commented about this relationship saying "I publicly said about her relationship with Marcus that 'It's too bad that Olivia's husband has had so many wives and only one book' after which Olivia had no interest in speaking with me unless I apologized which I was in no rush to do so". I few years later Olivia won her first Oscar win for To Each of His Own "I went backstage to congratulate her as I would have done for any winner. I approached her and she took one look at me, ignored my hand, clutched her Oscar and wheeled away". 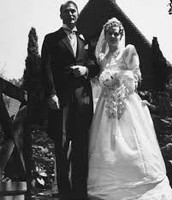 Joan at her first wedding with Brian Aherne. 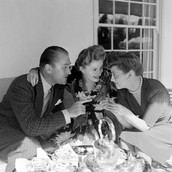 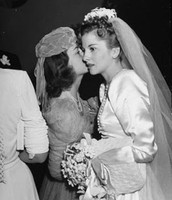 The Book the Tells it All

To find out more of the epic Hollywood rivalry check out Joan's book No Bed of Roses that has all the tell all drama of the time.

Glynis is using Smore newsletters to spread the word online.