Get email updates from dane:

The Death of the Ocelots

The Death of the Ocelots 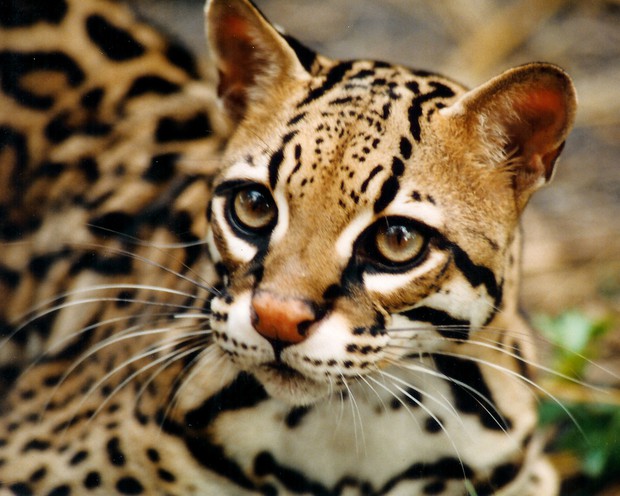 The coat tends have more chained together splotches than spot. Those chains are black but have a lighter colored center. These markings run the entire coat of the cat. The color varies from white to yellow to reddish to gray. The underside is white, and the backs of the ears are black and sometimes have a yellow spot

Ocelots are the best known cats in South America as their pelts are the most commonly hunted, and the fact they were commonly kept as pets.

celots are a huge issue with trade in animals. Due to Ocelots soft and short coats, makes them prime subjects to open trade for real fur products such as purses and coats. During the 1970’s and 80’s, the Ocelot population was decimated by the fur trade, with as many as 200,000 hundred thousand taken annually. Now with new rules implemented the number has since decreased but many are still taken illegally. Along with fur trade another issue is animal trade. Because of how cute the ocelot is, many have taken the opportunity to make money on the kittens. Being exposed to wild animal trade, the kittens are often left scared and in able to be re-rehabilitated into the habitat. Poachers, take the pregnant mother to buy and sell the kittens in central and south America as house pets.

Another big threat to the ocelot is both the ruins of their environment and the use of automobiles. With Ocelots living in rural areas a big issue is with the building of roads which mess up of their environment. Along with living in rural areas and the roads being constructed it adds up to there being and issue with off-roading. With cars running over both the ocelot and their offspring it causes a major loss in their population. 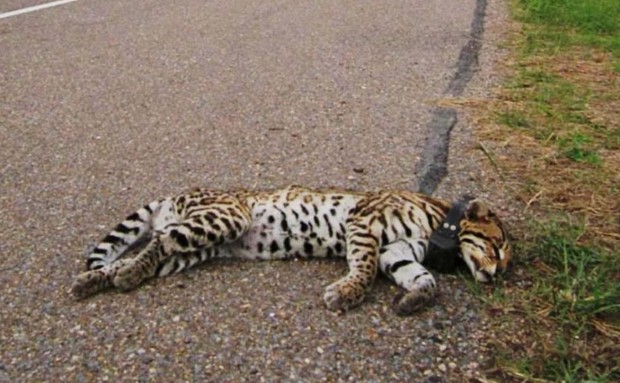 The primary solution to recovering the ocelot would include the preservation of habitual acreage. It is important to note that the population of ocelots are decreasing due to human interference and inconsideration that include urbanization, hunting, and many other disturbances. Therefore, creating additional land for ocelot's to live in provides them with a new place to live where they will be protected by wildlife experts in order to preserve their species. However, these efforts are jeopardized by the construction of the United States-Mexico border fence, as southern, Texan ocelots will be cut off from northern Mexican ocelots, hindering the reproduction process that would aid in restoring their species.

Though the ocelots are found mostly in Mexico, many of them are kept in foreign pet shops that sell ocelot kittens to tourists who are looking for rare pets. When these tourists return to the US with the ocelots, they undergo a different environment that may be deemed as unsafe and harmful, lacking the certain necessities a growing ocelot requires. Some states have included pet laws that prohibit citizens from owning “Class I Wildlife”, which include ocelots. As a large factor of the decreasing population, the goal is to ban Class I Wildlife in all fifty states. 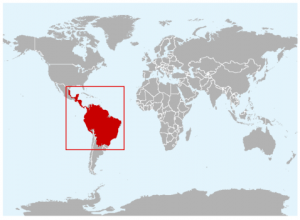 The Ocelot is a very extraordinary species. Despite its immense survivavility and adaptability it is still a endangered species. First listed as endangered in the early 1980's It has gotten a little better for the ocelots but they are still hunted for their coats. Its ecological habitat is located in mainly sub-tropical to tropical areas, such as Southern Texas all of central America and most of the tropical areas in South America, even though it can still be found in other areas such as dry scrub savannas and swamp forests. Its richness ranges from very populated, such as in the Peruvian Amazon where there is up to 94.7 ocelots per 100 kilometers squared, to not populated at all such as 2.9 individuals per 110 kilometers squared in Mexican deciduous forests.

Ocelots, due to their overall adaptability and survivalist are generalists and not specialist. They are also considered a keystone species as they control rodents of rain forests and other forests which allows the plant life to be successful.