~Most of them are Sunni muslims

-Arabic is the official language of Jordan

The government of the Kingdom of Jordan is a Unity Parliamentary Constitutional Monarchy.

The Jordanian economy is highly advanced in its region. Jordan is a leading foreign trader with the European Union and the Arab league.

Finance and banking make up 1/3 of the Jordanian economy.

SOCCER is a major sporting event in the entire country. Taliban raiders tried to grow support and when a region banned soccer, the people returned to the monarchy. 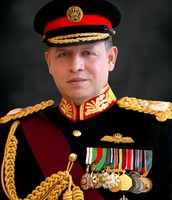 When terrorists tried to attack the royal palace in the capital Amman, Abdullah personally shot a terrorist trying to climb the fence. He told the American ambassoder, "Misfourtune for him I am such a good shot, eh?" 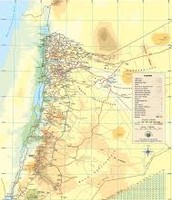 Knowledge for your head

Life for a citizen of Jordan is much like that of America. Just 5 times they must bow and worship towards Mecca. Citizens of Jordan rise early so as to worship then continue on with their day. They do this several times. Farmers rise even earlier so as to see to their flocks. Workers in the cities are greatly more relaxed as the early part of the day is for family time and sending the children to school. 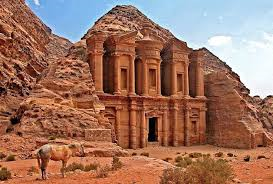