He was born on Aug 4, 1901 in new orleans louisiana.His childhood life was not exciting his family was poor and louis’s dad abandon his family when louis was young.In highschool louis had to drop out of highschool to work and augment his mother’s meager income.He started singing in the streets and worked for a jewish family and made pretty decent money.There was one New Years Eve when louis fired his step father’s gun in the air and got arrested and sent to the colored waif’s house for boys.There he received musical instruction and found his natural talent playing the cornet.By the time he was released from the home he had realized that his life’s calling was to make music.

How did Louis Armstrong die?

Louis Armstrong was having many heart problems and he was in the hospital nonstop.then the next day it was gone he had a heart attack and died.He had the heart attack out of nowhere.A lot of people went to his funeral.

Who was Louis Armstrong's role model

what was his turning point in his life

His turning point in his life was when he moved to Harlem because nobody and i mean nobody judged him.That was the only place he could go to where he wouldn't get made fun of or having to use a different bathroom or drinking fountain just because of his race.He was amazing at playing the trumpet and everyone thought so too 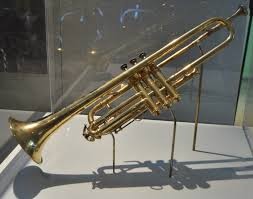