It has been some time since we have sent out a district newsletter to remind you of the good things that have been happening around the Midwest District. As you read the following news items, please be praying that God will continue to accomplish His purposes in and through the people of the Midwest District of the Missionary Church! 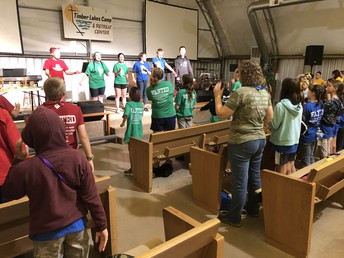 Another wonderful summer of camping ministries!

Reports from all of the district's three summer camps have been exciting. The summer began with Junior Camp for kids age 9-12. The week's theme was "Wanted," and the activities focused on the old west. Speakers Sam and Mandy Petro encouraged the young campers with the truth that God truly loves them and wants them to be a part of His family. It was a week that the campers and the wonderful camp staff will not soon forget!

Youth camp was held in mid-July and once again the teens met at Timber Lakes. Throughout the week energy and enthusiasm were high! Along with the traditional times of fun and play, the services with worship leader Elias Martinez and speaker Anthony Adams challenged the teens to be RELENTLESS in their love for and service to the Lord.

To complete the 2019 schedule of district camps, 165 people gathered at Timber Lakes at the end of July for the annual Midwest District Family Camp. With the theme, "Us and Them," speaker Sean Azzaro gave helpful insights regarding seeing people like Jesus did. Inspiring times of worship and family devotions, great Bible studies and age-related ministries, reports from Bulgaria by the Hawkins family, along with wonderful food and fellowship, made this year's Family Camp one of the best!

Circle the dates for next summer's Family Camp (July 28-August 2) and plan to be a part of a wonderful family vacation with life-changing spiritual purpose! The speaker will be Gary Aupperle, Senior Pastor at Hope Missionary Church in Bluffon, IN. Registration information will be available by no later than January 1st -- register early to secure the housing of your choice. 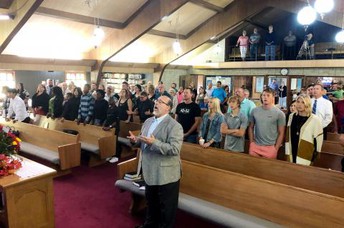 The following account was written with information taken from an article by Tim L Waltner, Contributing Editor of the FREEMAN COURIER regarding the 50th anniversary activities at the Freeman Missionary Church.

On September 22nd, close to 180 members, former members, and friends of the Freeman Missionary Church came together to celebrate 50 years of congregational life. It was, as Pastor Stephen Roussos described, “a family reunion” that focused on the faithfulness of God.

The six-plus hours of the event began with a fellowship time that allowed those attending to renew and strengthen acquaintances. At 10:00 AM a worship service filled the sanctuary with music, prayer, sharing and a message by District Superintendent, Andy Petro, taken from Joshua 24.

Following the worship service, a catered meal was served and then an afternoon service was held that included a 13-minute slide show featuring scores of historic photos ranging from the construction of the church to events and ministries throughout the years. That service concluded with a concert by an abbreviated version of the Tooley Family Singers (Jim and Dee Tooley, their son Dennis, and their granddaughter Jonie)

Several of the people who shared during the anniversary celebration were Jan Secor, wife of the late Walter Ortmann, who founded the church. She told the congregation “I’ve come home. I can’t believe it’s been 50 years since we started this church. It thrills my soul that God called us to build this church.” Stephen Ortmann, who was in grade school when his family moved to Freeman, also shared and said “I have so many good memories of the people who helped shape my life. The influence from many people of the Freeman Missionary Church has been profound - you’ve made a huge impact on my life. Thank you for your faithfulness.” Former Pastor Lloyd George, who now lives in Indiana, was unable to attend but shared his greetings via a recorded video.

Other speakers included Jim Horning, who has been a member since he moved to Freeman in 1977, and Rick Wuertz, who called himself the “new kid on the block” since he has only been attending the church for about 9 years. Both men testified to God’s love, grace and faithfulness throughout the history of the church and to the ministry and impact that the church has had in their own personal lives.

At the conclusion of the anniversary celebration, Tena Preheim, one of the few remaining charter members of the Freeman Missionary Church, commented that “It was a good day.” Pastor Roussos echoed those thoughts when he said “It truly was a great day. The positive comments I received, saying it was meaningful, really affirmed that.” He also noted that the emphasis of the day was right on target - “God was number one; He received all the credit and glory.”

The June 26, 1969 issue of the Freeman COURIER reported that “Rev. Walter L. Ortmann and family of Bedford, Iowa, will be moving to Freeman on July 1 to give leadership in the establishing of a fundamental, evangelical, holiness church for the Mid-West District of the Missionary Church.” Services began July 6 at Freeman High School but by the end of the month, the new church was meeting in the vacated City Cafe building on Main Street. Subsequently it met in Pioneer Hall and then in a tool shed located on property along Sixth Street that would become home to the permanent structure today known as the Freeman Missionary Church. A ground breaking service was held April 30, 1972, and the dedication service for the completed structure was held in October 1978. Three pastors followed Ortmann, who died in 1984: Dudley Horning (1984-86), Lloyd George (1986-91) and Stephen Roussos, who arrived in 1991 and has the longest tenure, with 28 years of service as pastor. 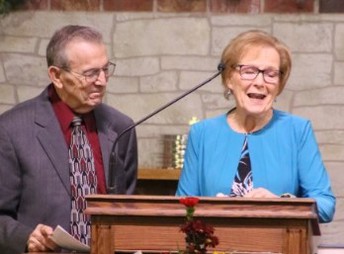 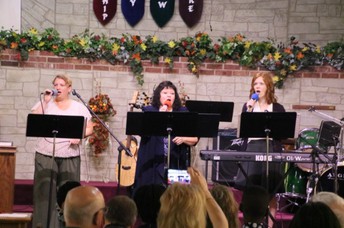 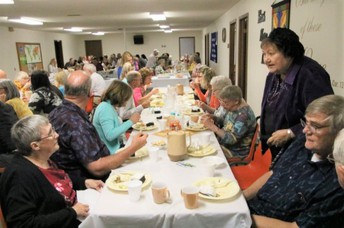 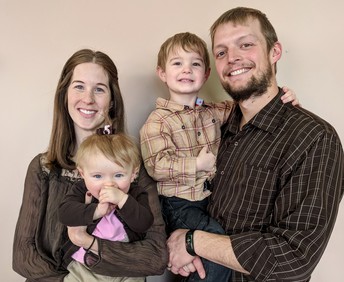 Anthony Adams To Be Ordained

At the request of the Church Board of First Missionary Church in Newton, KS; and following an interview with a committee of area pastors, the District Executive Board, has approved Anthony Adams ordination within the Missionary Church. Pastor Anthony is serving as part of the pastoral team at First Missionary Church, assisting in preaching, leading worship, serving as a Life Group leader, and helping with youth ministry. He is active in discipleship within the church, at work, and in his neighborhood. Speaking on behalf of the church board, Pastor Ray Adams stated, "Pastor Anthony and his wife Whitney have been a blessing to the church family, and their lives demonstrate spiritual fruit and giftings that clearly show God's hand upon their ministry." The date of Anthony's ordination service has yet to be determined. 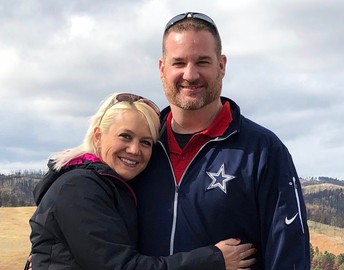 Bryan Conrad To Be Ordained

Following the recent Pastors' and Wives' Retreat in Omaha, NE, an appointed committee of pastors and their wives interviewed Bryan and Faith Conrad in preparation for Bryan's ordination. In that interview, Pastor Bryan reaffirmed God's call on his life and his commitment to pastoral ministry. He is currently serving as the Senior Pastor of Grace Missionary Church in Milford, NE. Prior to that he served alongside Pastor Brian Bontrager at Hillside Missionary Church in Clarinda, IA. All of this came after what Bryan had initially thought would be a life-long career in law enforcement, but obviously God had other plans! Following the interview, the committee wholeheartedly recommended that the District Executive Board grant Bryan's ordination which they did in a unanimous vote. His ordination service will be held at Grace Missionary Church in Milford. NE on Sunday, November 17th.

Omaha, NE was the setting for the 2019 Pastors' and Wives' Retreat which was held on September 24-26. Thirteen pastoral couples were able to attend either part or all of the retreat which featured times of laughter and fellowship, times of devotion and prayer, and time just to relax and renew relationships. Thanks to Bob and Dawn Thompson for planning and directing this wonderful retreat, and thanks to the churches who encouraged and enabled their pastor(s) to attend. 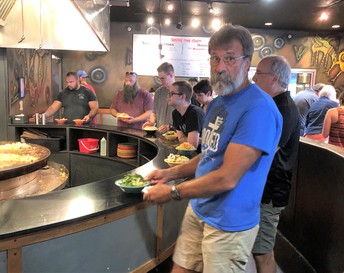 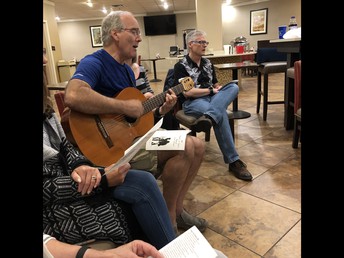 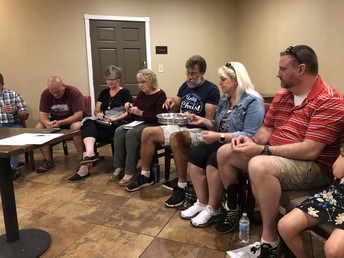 Work continues on the new sanctuary at First Missionary Church in Newton, KS. Although they've had some weather-related delays, construction is actually ahead of schedule and the prospect of the congregation being able to begin holding services in that facility is encouraging. 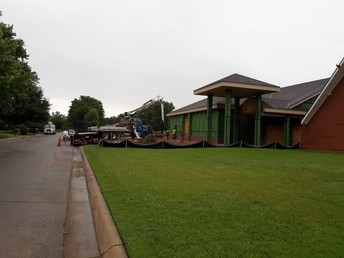 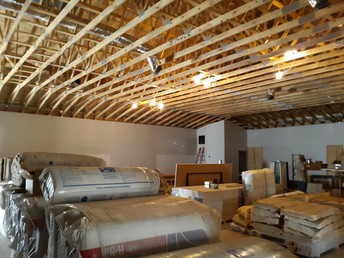 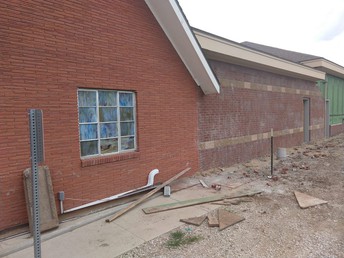 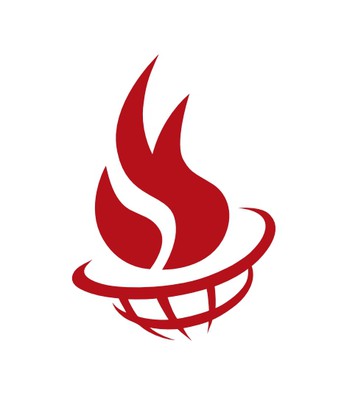 Follow Andrew Petro
Contact Andrew Petro
Embed code is for website/blog and not email. To embed your newsletter in a Mass Notification System, click HERE to see how or reach out to support@smore.com