Sherri is using Smore newsletters to spread the word online.

Get email updates from Sherri:

What a Great First Week!

Wow! Our Scarlets brought tons of positive energy this week. There is definitely excitement about the new year.

We had a great kick-off celebration in the auditorium to get the year started. Pep Band was playing as students entered the building. We welcomed the class of 2026. We celebrated the successes our spring sports had, including our State Champions in Softball and Track, our state runner-up baseball team, and other track athletes who placed in the state meet. Seniors spoke and reminded us all how special it is to be a Scarlet.

In the classroom, teachers are working to build community in their classrooms, creating a sense of belonging for all students in our school. They are introducing their content, and engaging students in collaborative learning activities.

Mr. Meyer, Mr. Krause, and I were able to spend time with each grade level in class meetings. It is evident that students and staff are happy to be back! Students were reminded that they have one shot at high school, and to make every second count.

Friday we had Subs on the Sidewalk. The rain held off for the over 35 clubs and activities that had tables ready for students to sign up. The sign up sheets were full. Students are ready to be active in their school community! 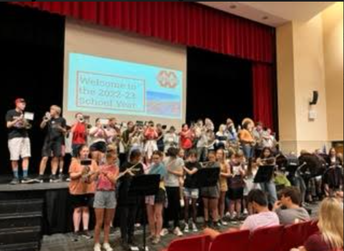 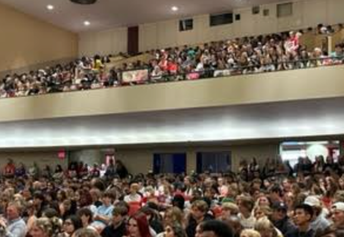 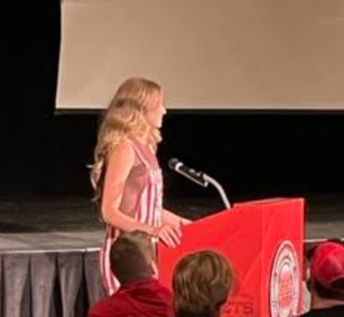 We will have our first early out on Wednesday, September 21st. Students will be dismissed at 1:35 pm. All students will need to be out of the building by 1:50 pm, unless they have an after school activity. Any students who have an activity after school are welcome to stay in the cafeteria from 1:35 pm to 3:35 pm. Please note, the only location in the building where students may be during this time is in the cafeteria.

All teachers will be meeting in their professional learning communities during this time. Our PLCs will be focusing on instructional strategies that increase student engagement, creating authentic assessments that allows students to demonstrate what they know and are able to do, and ways to increase rigor, while providing support as needed.

A Message from our Technology Department

Please check out this Beginning of the Year Message for Digital Tools.

We will be updating grades every three weeks so students and parents know how students are doing throughout the semester. Our first grade check day will be September 23rd.

We will be sending home an automated message with any missing assignments each Thursday, as we have done in past years.

Seniors have purchased their parking permits and the Juniors who were selected in the lottery to purchase a permit have been contacted. We will begin enforcing permits beginning this week.

Here are some reminders:

Our school footprint has not kept up with our increasing enrollment, which really limits the number of vehicles that can park at school. We know this causes an inconvenience for students who do not get a permit, but we do our best with the space we have.

This year, our fall musical will be Seussical. Tryouts will be Tuesday and Wednesday after school.

Students interested in the musical, either being on stage or behind the scenes, should connect with Mr. Christianson in the Media Center for more information.

Come cheer on our Scarlet soccer teams this Saturday as they take on the East Cougars. Boys varsity plays at 4:00 pm and girls play at 6:00 pm. All games are at Caswell North Soccer Complex. It is a great celebration of soccer in our Mankato community! 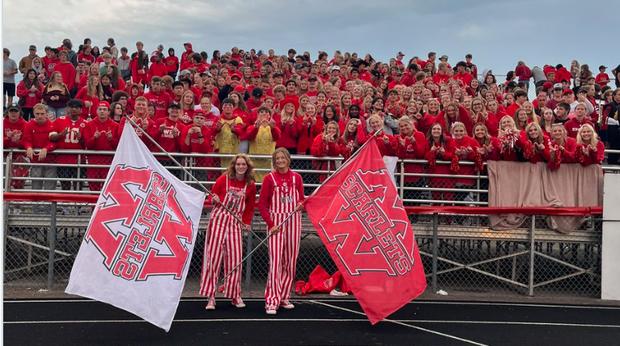 Speaker Emma Benoit will share the documentary, MY ASCENSION, of her inspiring journey after her suicide attempt and will participate on a panel following the screening. The film is part of Emma's nationwide effort to spread hope and fight suicide.

The event is sponsored by the Todd & Mel Hoffner family, through an initiative by Greater Mankato Area United Way. This is supported by Mankato Area Public Schools.

Audience members will have the opportunity to ask questions of Emma and others participating in the panel who have been impacted by suicide. Support and resources will be available at the event.

Community members are also invited to take part in the Out of Darkness Walk earlier in the day on September 17 at 11 am at Sibley Park, hosted by the American Foundation for Suicide Prevention.

Why It's Important: Suicide is a silent epidemic that is not receiving the attention it deserves. It is the second leading cause of death for young people under 25, and there are approximately 1.2 million suicide attempts every year. The ripple effects of these deaths and attempts devastate millions more. MY ASCENSION shines light on the reality of this ongoing public health crisis and is positively impacting the lives of young people, families, schools, and communities by sharing hope, information and best practices that can be replicated around the world. When suicide attempt survivors such as Emma share their stories of recovery, it often prevents others from attempting.

Crisis Support: If you or someone you know needs help, call the Suicide & Crisis Lifeline at 988, or text HOME to 741741 for the Crisis Text Line.

Career Exploration is a great way to learn about many different careers. The more students know about a career, the more informed they will be when choosing their high school courses. There are multiple ways for our Scarlet Students to Explore! Experience! and Engage!

Be sure to check the EVENTS! tab and see what events are already scheduled that students can attend. They can register right from the page.

Does your student's Career and Personality Profiles suggest a career that doesn't have a scheduled event? The student should fill out the Student Career Exploration Request Form on the homepage and we will work on finding an event.

"My Ascension" Film Screening and Panel, 9th and 10th grade 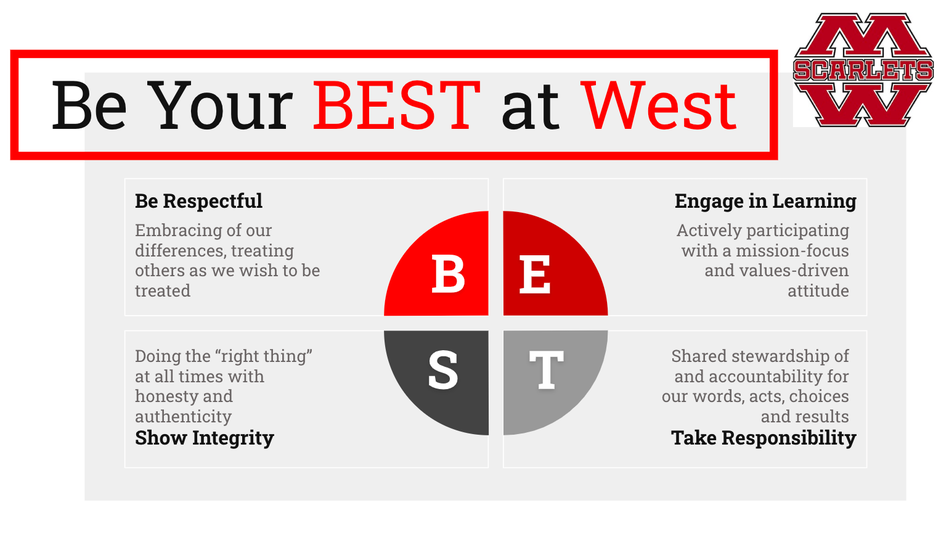 Sherri is using Smore newsletters to spread the word online.

Follow Sherri Blasing
Contact Sherri Blasing
Embed code is for website/blog and not email. To embed your newsletter in a Mass Notification System, click HERE to see how or reach out to support@smore.com
close