Scientology was founded by L. Ron Hubbard. His full name is Lafayette Ronald Hubbard. He was an author as well as the discoverer of Scientology. He was born March 31, 1911 and died January 24, 1986 due to a stroke. He went to college at George Washington University in Washington, D.C. and studied civil engineering for two years before dropping out. Hubbard had three wives and seven children. He also has a criminal record of petty theft and fraud. He had a net worth of $600 million.

Scientology is the study of knowing how to know. It was founded and created by L. Ron Hubbard in 1952 and is now practiced a lot more. They have created a more specified church for this religion and it is call ''The Church of Scientology." Scientology s the idea that we all were originally "balls of our mind, or a spirit." These were known as thetans. The thetans believed that in order to live their lives to the fullest they needed a body and so the "infinity" created humans. The "infinity" is known as god in their religion. When the person want to join the Church of Scientology they have to go see an auditor and answer some questions and figure out "their true self." If they don't pass it they are considered preaudited and cannot move on to the next stage to becoming a Scientologist. Once they finish the auditor session, once the figure out who their true self is the can help themselves through their own problems and help others with theirs and begin to start a new and better life. There are more than 8,000 churches and 500,000 followers.

Where Scientology Was Founded...

Scientology was founded in Southern Europe.

When Scientology Was Founded...

Scientology was founded in 1952.

Why L. Ron Hubbard Made Scientology...

He created it to help other find their true self so that they could live a happy and fulfilling life as well as help others accomplish this and solve their problems.

For Scientologists, there are no sacred spaces as such; however, the career of the founder is honored with a shrine-like office in each church facility, and the facilities for upper level training are transformed into palatial settings for the most committed church members.

Worship and Devotion in Daily Life

There is no personal deity in Scientology, so private rituals of worship and devotion are practically non-existent, replaced with diligence in spiritual practice and striving for moral uprightness.

This is one of the largest churches that practices Scientology. 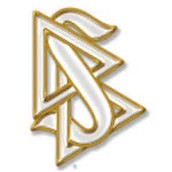 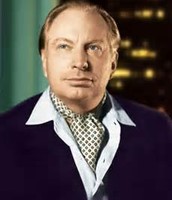 The creator of Scientology.

This is the Scientologists' symbol for God.

Another church where scientology is practiced. Looks animated and fake.

The Eight Dynamics are kinda like our ten commandments.

Where Scientology is Practiced

Scientology is very big in North America as well as many parts of Asia and Europe. 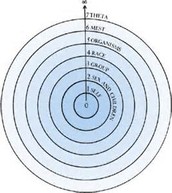 First is self, second is sex and children, third is group, fourth is race, fifth is organisms, sixth is mest, seventh is theta, and eighth is infinity. 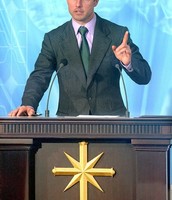 He is a famous supporter and believer in Scientology.

204. What Do Scientologist Believe?

204. What Do Scientologists Believe?