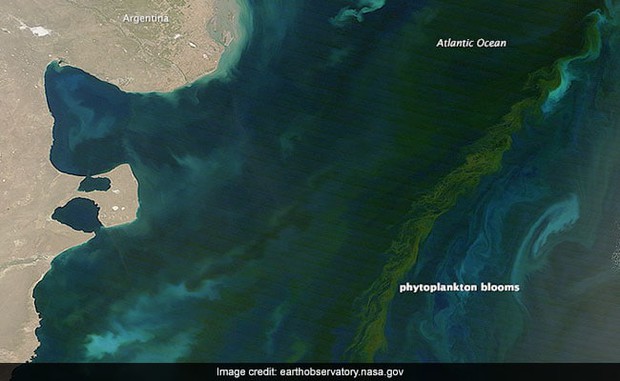 Climate Change Will Alter The Colour Of The Oceans, New Research Finds.

By the end of the century, if not sooner, the world's oceans will be bluer and greener thanks to a warming climate, scientists reported. And while the shift in color will be all but imperceptible to the human eye, it could hint at the profound changes in store for a wide array of marine life. At the heart of the phenomenon lie tiny marine microorganisms called phytoplankton, which are crucial to ocean food webs and to the global cycling of carbon - and sensitive to the temperature of ocean waters. Because of the way light reflects off the organisms, blooms of these phytoplankton create colorful patterns at the ocean's surface. Climate change will fuel the blooming of some phytoplankton in some areas, while reducing it in other spots, leading to subtle changes in the ocean's appearance.

Earth's geographic north pole is fixed. But the planet's magnetic north pole — the north that your compass points toward — wanders in the direction of Siberia at a rate of more than 34 miles per year. That movement may seem slow, but it's forced scientists to update their model of Earth's magnetic field a year earlier than expected, so that navigational services, including map-based phone apps, continue to work accurately. The drift results from processes taking place at the center of the planet. Molten iron and nickel slosh and spin in the planet's core, essentially serving as a metallic conductor for Earth's magnetic field. Changes in that fluid flow lead to changes in the magnetic field.

It is heartening to see that Artificial Intelligence (AI), broadly described as the desire to infuse human-like intelligence in machines, is high on the agenda of the Indian government. In the Union Budget announcement, interim finance minister said the government plans to launch a national programme on Artificial Intelligence, for which the government will set up a national AI portal. The announcement is significant, given that China has been consistently building an ecosystem to fuel its ambition to become a world leader in AI by 2030.

Researchers have pioneered a new method which allows them to rapidly recruit disease resistance genes from wild plants and transfer them into domestic crops. The technique called AgRenSeq or speed cloning has been developed by John Innes Centre researchers alongside colleagues in the United States and Australia to speed up the fight against pathogens that threaten food crops worldwide. It enables researchers to search a genetic "library" of resistance genes discovered in wild relatives of modern crops so they can rapidly identify sequences associated with disease fighting capability. 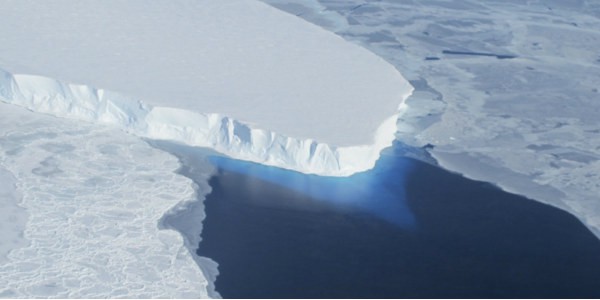 Most dangerous in the world, Thwaites Glacier to collapse as huge cavity found.

West Antarctica’s Thwaites Glacier has covered 70,270 square miles, almost the approximate size of Florida. This ice mass has also been labelled as the “world's most dangerous glacier” because it holds enough ice to raise the world oceans more than two feet. The cavity in Thwaites Glacier was exposed by ice-penetrating radar in the NASA study into connections between the polar regions and global climate. The Thwaites Glacier is currently responsible for 4 percent of global sea level rise. Along with this, Thwaites Glacier even backstops other ice sheets with the potential to raise sea levels an additional eight feet, if all the ice is lost.

Vast Parts of Himalayas Will Melt Even If Paris Agreement Goals Are Met: New Study.

At least a third of the ice in the Hindu Kush Himalayan region could melt by the end of this century due to climate change, even if there is aggressive action to curb greenhouse gases and meet the goals of the Paris climate agreement, according to a new study. The study issued said that rising temperatures are a serious threat to the eight countries -- India, China, Myanmar, Nepal, Afghanistan, Pakistan, Bangladesh, Bhutan -- in the Hindu Kush Himalayan region, CNN reported. "The consequences are pretty extreme. We are concerned, and we are worried," said one of the study's authors, Philippus Wester, chief scientist with the Kathmandu-based International Centre for Integrated Mountain Development. "Urgent climate action is needed," he said.

Ms. Aishwarya Rawal of the B.Sc.,LL.B. (Honours) programme stood second in merit amongst the students passing out in the year 2018, and for her stellar performance received the Late Hon'ble Mr. Justice S. B. Majumdar Gold Medal- for Civil Procedure Code, and the GNLU Gold Medal as the B.Sc., LL.B. Topper.

Follow Ari Tri
Contact Ari Tri
Embed code is for website/blog and not email. To embed your newsletter in a Mass Notification System, click HERE to see how or reach out to support@smore.com