Get email updates from Ronda: 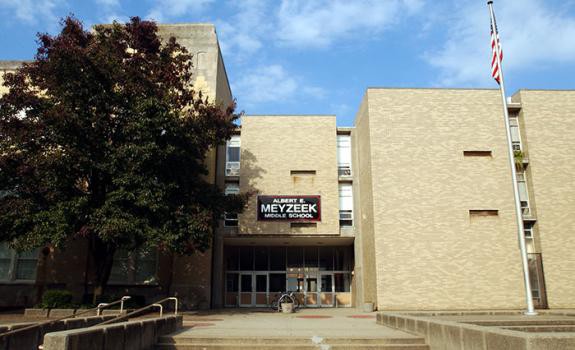 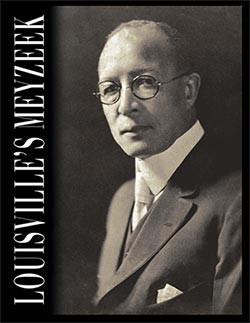 Celebrating Our History: The Legacy of Albert E. Meyzeek

As we culminate our school’s celebration of Black History month, I would be remiss in failing to recognize the contributions of the man after whom our school is named. Who is Albert E. Meyzeek? How did his work as an educational pioneer and advocate for social justice influence our educational system? In what ways did his advocacy lead the way for equity and access to educational programming? The following biographical sketch, also featured on our school’s website, chronicles the life and achievements of A.E. Meyzeek.

Albert Ernest Meyzeek, son of John E. and Mary (Lott) Meyzeek was born in Toledo, Ohio on November 5, 1872. His early childhood years were spent in Toronto, Canada. His father, an offspring of Huguenot French stock, married Mary Lott in Chatham, Canada, then the terminal station of the Underground Railroad. Grandfather Lott, a Pennsylvanian by birth, often served on steamers traveling the rivers between Pittsburgh and New Orleans, where he saw first-hand the horrors and cruelty of slavery. Later, settling on farms in the hilly country of Madison, Indiana, along the Ohio River, Lott, two of his former ship mates, and with the help of Henry Ward Beecher, then a young Presbyterian minister at Lawrenceburg, Indiana, organized the Ohio River Underground Railroad.

Many slaves who escaped along the highway were carried on the backs of these powerful men to hiding places on their farms, or were hid and fed in the grottoes, dells or caves surrounding Madison. The Rev. Beecher related many incidents of drowning and freezing while crossing the river to his sister Harriett Beecher Stowe, who gave exciting descriptions of these feats in her book, Uncle Tom’s Cabin. Young Meyzeek’s mind was greatly influenced by the stories of adventure related by his grandfather Lott who later escaped arrest in a Louisville jail, by the same underground route. Meyzeek’s grandmother gave up the Lott farm and traveled with her children in disguise by the same route to Chatham, Canada where they continued to receive runaway slaves. It’s ironic that this descendant of an Underground Railroad operator would make Louisville his permanent home. Meyzeek’s father was also a vigorous agitator for justice and equal educational opportunities. He has been credited with the winning of two suits against the Indiana School Board to abolish unhealthy and inadequate separate schools.

In Louisville, A.E. Meyzeek showed the same fighting spirit as his forefathers. After graduating with valedictory honors from the old Terre Haute Classical High School, where he was the only “colored” student, Meyzeek’s first ambition was the law. Thinking that success at law might be doubtful, Meyzeek entered the Indiana State Normal School for teacher training and later won a Bachelor degree from Indiana University; and a Master degree from Wilberforce University in Ohio. Coming to Louisville, he passed a competitive examination for Principalship and was sent to direct a large elementary school known as Booker T. Washington. A few years later, he was given a temporary assignment as principal of Central High School. Meyzeek, concerned about the lack of adequate reference and reading materials at his school, boldly took his students to the Polytechnic Society Library, where after a few visits, they were refused admittance. Outraged by his students’ humiliation, Meyzeek met with the library board and persuaded them to provide a “colored” branch library, with funds already pledged by the wealthy industrialist, Andrew Carnegie.

Meyzeek was different than some of the other black leaders in Louisville at the time. He charted a very independent course. The 1890’s and early 1900’s was the age of Booker T. Washington when accommodating to segregation as a means of making racial progress, particularly on economic terms, was the gospel that Washington preached; and what whites in power wanted to hear. While he might be willing at times to accept compromises, Meyzeek saw that ultimately segregation itself was the problem. Meyzeek was much more in the vein of W.E.B. DuBois and Frederick Douglass. He believed that power conceded nothing without a demand. So Meyzeek persistently and persuasively agitated for equal access and opportunities. Most of his efforts were focused, one way or another, on trying to bring children into a new era, and trying to break down barriers that were in Louisville.

Clearly, A. E. Meyzeek was a powerful force in our community and his tremendous contributions in the field of education have paved the way for past, present and future generations. Meyzeek Middle school is proud to announce that Kappa Alpha Psi will have a Wreath Laying Ceremony at the grave-site of Albert and Pearl (wife) Meyzeek at Eastern Cemetery on March 24th at 5:30 PM in commemoration of his work as a charter member of the Kappa Alpha Psi Louisville Chapter. You are invited to share in this wonderful experience that honors the memory and legacy of Albert E. Meyzeek alive!

This is the moment we have all been waiting for! Our school community, to include students, teachers and our SBDM Council (Site-Based Decision Making Council) engaged in a re-writing of the school's mission and vision. During Advisory class, every Meyzeekian provided input on what our mission statement should convey to the community. Collectively, we wanted our vision to be tightly aligned to Meyzeek's core values of developing students academically, socially, as well as preparing them to be leaders who positively contribute in society.

The mission of Meyzeek Middle School is to provide a balanced curriculum in which all students will be challenged to think critically and excel academically. Meyzeek students will demonstrate leadership, citizenship, and embrace cultural diversity in order to become a productive member of a global society.

Re-imaging the mission and focus of our school also led to the creation of a new school logo. 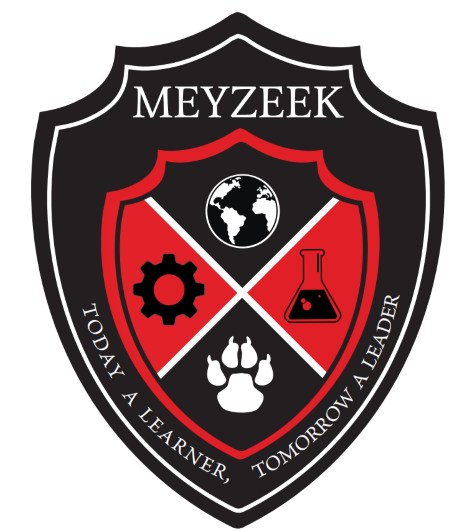 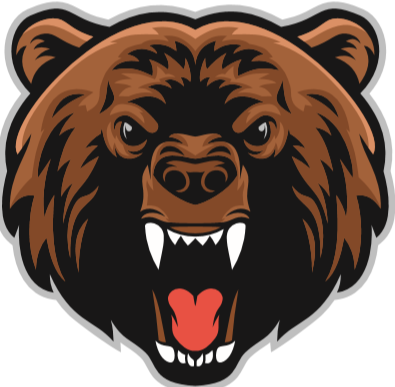 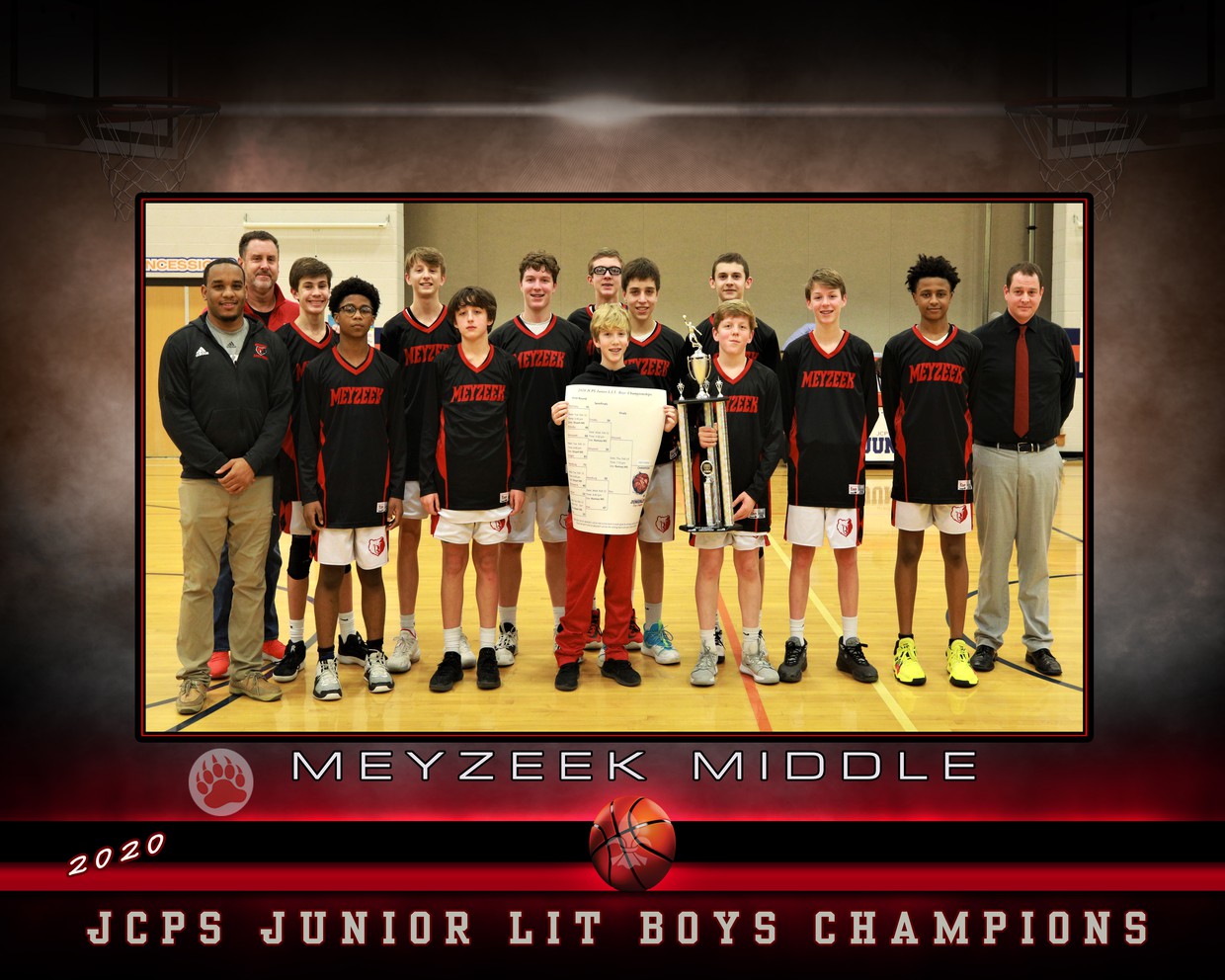 One of our goals at Meyzeek is to empower parents to be knowledgeable about the Backpack of Success Skills and provide practical ways that every parent can support their child as they select quality artifacts to be uploaded to their digital Backpack. At Meyzeek, building a robust selection of Backpack artifacts is serious business. Our students take great pride in selecting artifacts that best represent their most impactful learning experiences and academic growth over their three year career at Meyzeek. We have established a Backpack Camp during the school day for students to fine tune their presentations and practice prior to presenting to the Backpack Defense Panel. We are proud of the 179 eight graders who have already successfully defended their Backpack!

I encourage you and your family to become an attentive audience at home and prepare to be blown away when you hear about the learning experiences that have helped to shape your child's academic identity. Please take a moment to view the Backpack of Success Skills Video for Parents and join us in supporting our students as they "Defend the Meyzeek Way"! 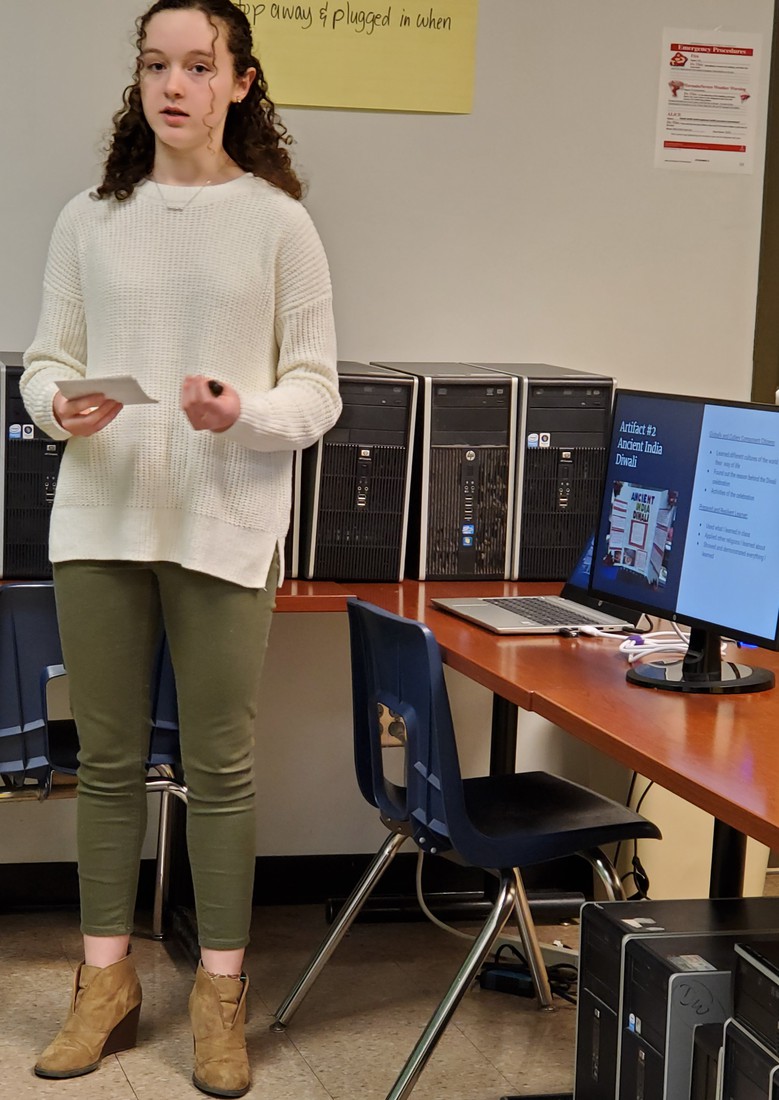 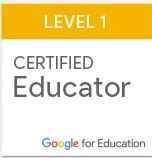 With the increasing presence of technology embedded into the teaching process, teachers must be equipped to utilize a variety of technological elements into the classroom. The purpose of the use of technology is not just to improve efficiency, but to change the way both teachers and students access, gather, investigate and present information. It also opens the door for teachers and students to explore systems and make determinations about its usefulness and adequacy. Meyzeek teachers understand the power and potential of using technology to bring learning to life. I am pleased to share with you the Meyzeek Bear faculty who have gone above and beyond and expanded their professional learning in the area of technology by having earned the status of Google Certified Educator (GCE). The GCE is a distinctive designation in the technology world that denotes they have complete the rigorous GCE coursework and are proficient in a variety of elements of the Google Suite. GCE's can display their certification badge on a resume, portfolio or website. Great job Meyzeek Bear Staff!

The SBDM Council has a newly vacant parent seat. A Meyzeek Bear parent is needed to complete the the term of the previous SBDM parent. If you are interested in running for this position, please visit the Meyzeek PTSA website and complete the SBDM Parent Election form.

Thank you in advance for considering to run for this vacancy.

The State of the District: The Superintendent's Address

You are invited to attend STEM Night at Meyzeek on March 10th anytime between 4 PM and 6 PM. This will be Meyzeek's first STEM night in which our science fair students will be giving preview presentations of their science fair projects that will be presented at the regional Science Fair and students from other content areas will be presenting their most outstanding content area projects of the year. A detailed letter will be sent home on March 2nd providing more detail about STEM Night. We hope to see you there!