Oswaldo is using Smore newsletters to spread the word online.

Get email updates from Oswaldo:

Describe how the technology uses the resource to make energy ?

Tidal energy is obtained from changing sea levels. The renewable energy source has great potential as tides are much more predictable than wind power and solar which are not at all consistant. -Peyton Lawson 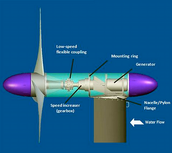 Explain where the technology is being used now (cars, homes, heating and cooling) and the possibilities of where it can be used in the future, and the current research being done on the technology ?

Tidal Energy is being used in more than one place. Tidal energy is a form of hydro power that converts the energy that comes from the tides into useful forms of power, mainly electricity. Tidal energy is being used as Grain Mills, just like Wind Mills, tidal energy used for the mechanical crushing of grains in Grain Mills. The movement of turbines is due to tidal energy. Tidal electricity helps power thing so we can now use less fossil fuels, to also reduce pollution in the atmosphere. -Oswaldo Guerrero

Explain the cost of recent projects, could be for home use or government use ?

Well, to install the equipment it cost $ 48,000 to $ 65,000 per turbine, also the rest is shipping and installation. Towers without guy wire are more expensive then guy towers, and it also depends on your cost of average electricity . - Adan Mendoza

Explain why your alternative energy source is the best ?

Explain where in the alternative resource would do well at in the United States, and in North Carolina?

The US has turbine

Turbines are all over the coast of the USA 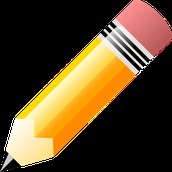 Who worked on it?

Oswaldo is using Smore newsletters to spread the word online.