Cuz Saksen won't do it

Cuz Saksen won't do it

This Late Night season needs some closure, but Saksen refuses to do it, for reasons that will be explained below. I initially said it would be too presumptuous for a Tier 1 rookie and the asshole who finished 7th to write it, but what am I if not a smarmy, presumptuous asshole? No one else wants to write it, so fuck it. 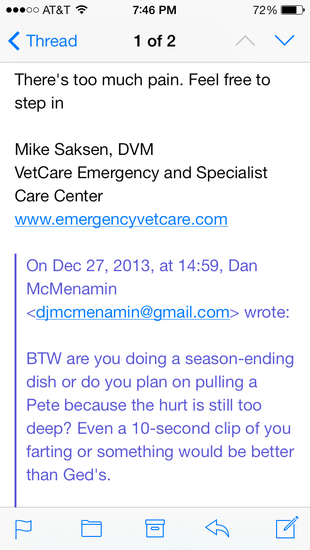 First off, stop with the texts already

I'm as guilty as anyone but it has to stop. My god, it has to stop. It devolved today to comparisons of Late Night teams to NFL teams of yesteryear.Time to put a bullet or three in the head of this text chain. Pew pew pew. 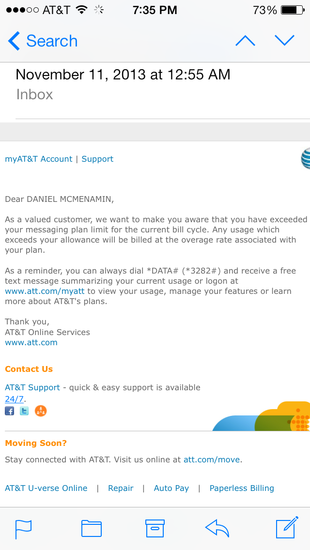 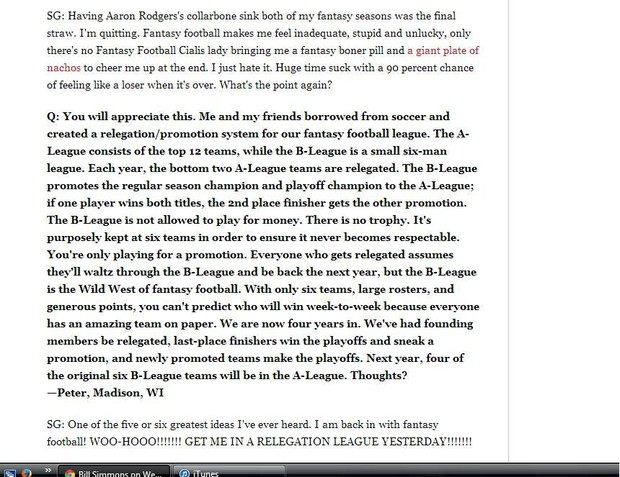 Borat: King In The Castle [HD]

Ass To Ass
Oren snuck into the playoffs with a .500 record, barely beating my team of bitchasses on the total points tiebreaker, then pathetically somehow earned a spot in the finals with 114 points in the semis over Joey. However, the dude came to play in the title game, laying the hammer down on poor Dr. Commish with 178 points.

400 yds and 4 TDs for Peyton, including double trouble to Decker for two TDs. Add in two TDs each from Demarco Murray and Legarrette fucking Blount, and those four guys surpassed 100 and nearly outscored the Catfish all by themselves.

Then he went and spent all $300 of his winnings on a fancy seafood dinner like a boss. 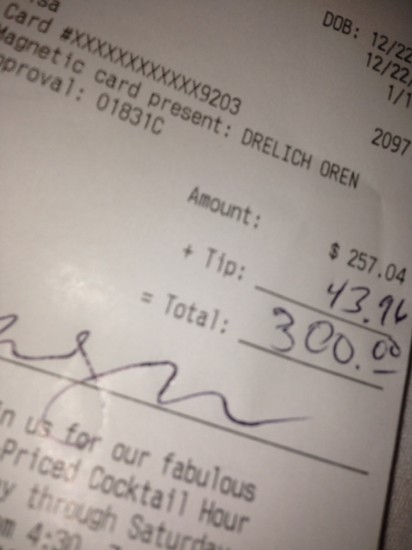 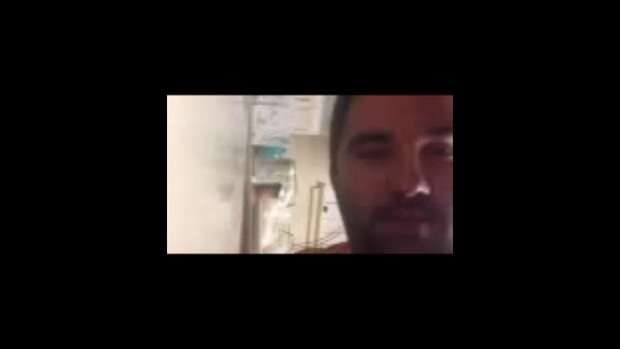 As it became readily apparent that Mike was going to lose, and lose hard, he took to the bottle to comfort himself while berating us to take FaceTime shots with him. When no one initially bit, he decided to film himself taking four consecutive shots, then stared into his smartphone with the look of despair seen above.

Shortly afterward, I took him up on the FaceTime shot request and learned that Mrs. Commish was none too pleased to come home and find her husband shit-faced and near tears over his fantasy loss.

Saksen then went AWOL for the Sunday night game as leaguewide shit-talking commenced on the never-ending text chain. No one knew where he went, but this intrepid reporter was able to get ahold of surveillance video at Froggy's, where he evidently went to further drown his sorrows and antagonize the other patrons.

Ron Burgundy - I make fart noises with my mouth 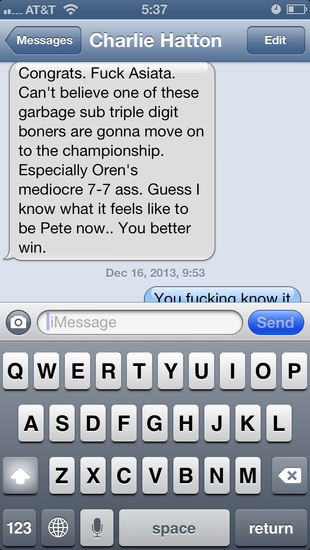 It obviously really chapped his dick that Charlie, the waiver wire wizard to rule us all, got beat in the semis by Saksen and the clutchest waiver pickup of the year, fucking Matt Asiata. I'll let Saksen do a full obit if he wants on Charlie, who at least salvaged some munz for his troubles by beating Joey in the third place game. Cordarrelle Patterson is going to go like 5 rounds too early next year. 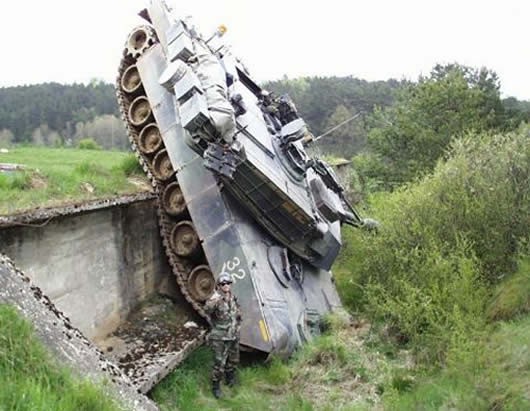 Again I'll let Saksen give Joey the full business if/when he has recovered from his loss, but everyone agrees that the #1 regular season team shot himself in the dick and angered the fantasy gods by trying to tank in Week 14 to play me in the semis. Barely reached triple digits against Oren, then a measly 127 in the third-place game.

5) Greg won conso, no one cares 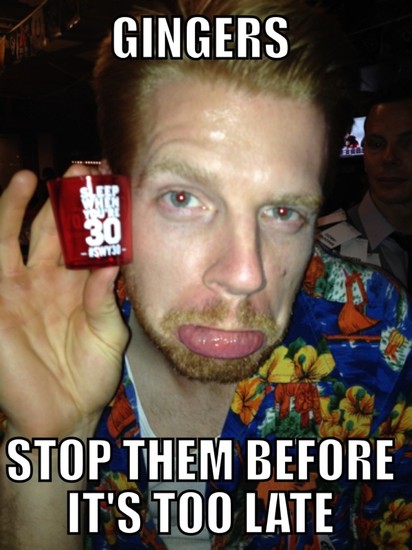 6) Pete has most points, finishes sixth 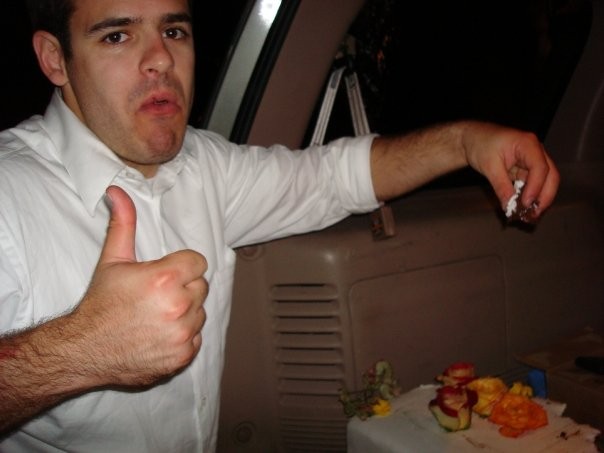 7) I finished seventh, no one cares even less

If I had just gotten 19 more points over the course of the year via better waiver pickups or lineup nirvana (or if we did head-to-head record as the top tiebreaker like in the REAL NFL), I would've overtaken Oren for the fourth playoff spot and would've easily beaten Joey in the semis, then Saksen in the finals. No I'm not bitter.

Now I have a kid on the way due March 22...I'm definitely going to have to do the fantasy baseball draft in the delivery room. On the bright side, I might finally be able to stay up for the weekly waiverpalooza in Late Night next year while tending to a crying baby. #ChalupaBatman #LateNightChamp2026

I've never met this Jon dude, but I already know I don't like him. His team beat mine both times this year, preventing the Pigs from making the playoffs, he unloaded derpface Eli on me in a trade, and in a preseason email he called me Irish Forrest Gump, which is a pretty perfect burn.

...but got a decent consolation prize. 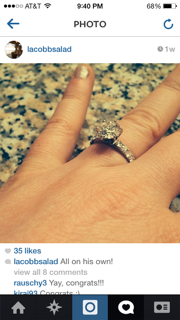 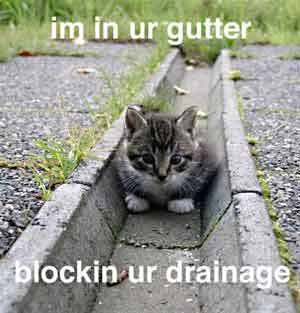 We spent many a late night Gchatting about our shitty teams...a lot of good that did us. He will be missed. Come back soon friend. You're good for at least two wins in Tier II with the likes of Ged and Leto there, and that already gets you to half of this year's total.

Since he still owes me a slap that I fear each and every day, I'm not going to further antagonize Dr. Commish by bringing up theories of collusion now that Mrs. Commish is in Tier 1. Just know we'll be watching you guys closely.

And I don't know this Spencer fellow, but Pete tells me he's a cop in Alameda. Just know that I'm a crime reporter that covers the Bay Area, so if anything interesting ever happens in Alameda (unlikely), then you have my email if you want to give me hot tipz. And if there's suddenly a spike in police brutality there once you've been cc'd in the never-ending text chain, I'll know it was youuuuuuuuuu.

P.S. Stop with the texts. Seriously.

Follow Dan M
Contact Dan M
Embed code is for website/blog and not email. To embed your newsletter in your email, click HERE to see how or reach out to support@smore.com