Aviana is using Smore newsletters to spread the word online.

Get email updates from Aviana:

The population in Sri Lanka is changed and reformed by the amount of death rates and birth rates happening around what ever time some there in. Here is a 2014 pyramid showing that more babies and younger people populate Sri Lanka. Older people in this instance wouldn't really be considered the main citizens in this case. 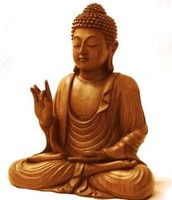 The Sri Lanka Governement is trying to determine what they're going to have to do to keep everyone happy. The civil war between Buddhist and Hindu Tamil, is what was called the most important political issue in Sri Lanka. They killed the Tamils leader, but later realizing that 18 % population was still unsure about being on Buddism side. All that's trying to be achieved here is for a country that has a big population, half their population wants to become free or seperate themselves from other people. Which is possible in all causes of affect, but Sri Lanka is determined not to let it happen.

The conflict of war brought Sri Lankas economy down to pieces, and it became an obstacle to foreign aid, and foreign investment. When the conflict was resolved most of the economy was able to bounce off in high standards and recoup from what was once happening. The government has been perusing large scale reconstruction in order for the country to continue to help war torn areas, their developing small and medium enterprises for agricultural purposes. The new government for 2015 are now rising the wages, which is going to take toll on reduced foreign reserves. The economy is trying to rise back up, but other problems lead them down hill.

Aviana is using Smore newsletters to spread the word online.