In "Lord of the Flies", William Golding depicts a society in which kids have to rely on themselves for everything. It displays that the natural instincts of the children eventually turn violent and aggressive. However, this raises a realistic question among everyone who reads this: just how much power is within the influence of adults?

There is no doubt that adults are essentially the ones who form children into who they grow up to be, but what would be a real child’s instinct if he had to raise himself, and how would that work out? The children’s behavior in Lord of the Flies immediately changes when there is an adult present towards the end of the book, clearly demonstrating the heavy influence of adults within the book among the children. Here, we will go in depth on how influential adults are in our lives, and how it connects with Lord of the Flies.

Thesis Statement: Though there is only one adult who appears in Lord of the Flies at the very end of the book, the events that occur throughout the story emphasize the importance of adults in society as well as their influence on children. 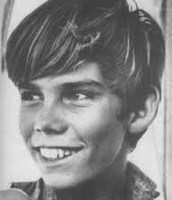 Analysis: Within this quote we can see the firsthand effect that the lack of authority is having on the boys. Ralph is trying to get the other boys to follow the rules but without the influence of adults the boys find no point in it. Due to the fact that there are no adults the boys feel free to do whatever they want because there is no punishment for wrong actions. Without the influence of adults and the effect they have on enforcing the rules, it is almost impossible for the boys to be successful while they are stranded on the island. Most kids follow the rules not because it's the right thing to do but because they are afraid of the punishments that will follow if they break those rules. This is very clearly true throughout The Lord of the Flies and a big part of the reason many things go wrong while the boys are stranded.

Quote #2: "We did everything the adults would do. What went wrong?

Analysis: This quote demonstrates that the children on the island think that their parents or "adult figures" do everything the right way. The children look up to their parents and want to be like them because they were taught that their parents are the ideal citizens. When they are put into a situation where there is no adult supervision, their emotions are shifted, and there is confusion amongst the boys. They are confused because they did everything they thought the adults would have done and the fact that they didn't succeed confuses the boys, because they think everything the adults do should have led them to success. We often find ourselves following our parents decisions and actions because we see them as ideal citizens. The effect of adults not only affects kids in following the rules but also in the decisions they make.

In this quote piggy is talking about how adults are not afraid of the dark because of their knowledge. Kids fear the dark because of the unknown. The lack of knowing what is out there is what terrifies the kids. Grown ups know enough to know that their is nothing to be afraid of, only imagination. The kids on the other hand think that what is in their imagination is in fact real. Kids need adults to comfort them from their fears and supply them with knowledge so they can mature. This quote also states how grown ups "know things" meaning they know a lot more then kids. The boys realize that they aren't grown ups and that they don't know a lot of things that adults do. The boys are not mature enough to realize what is real and what is their imagination. For example, the beast that all the boys believe is on the island was merely a parachute they saw flapping in the wind. Of course had an adult seen that, they never would have assumed it was some sort of beast. The kids lack the knowledge to realize that the possibility of a beast being on the island is ridiculous. Without the influence of adults the boys have no one to reassure and convince them that they were merely seeing things and that there is no such thing as a beast inhabiting the island. 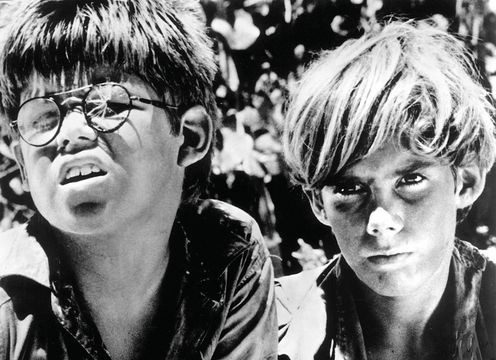 Throughout the book, there are evident signs of the boys doing their best to establish a system to keep order on the island. The conch, for example, is a tool utilized by Ralph to maintain control when there are assemblies taking place. Though at most times they do their best to do what they feel is right and try to do what the adults would do, it's evident that there is an extreme lack of wisdom and adult influence. 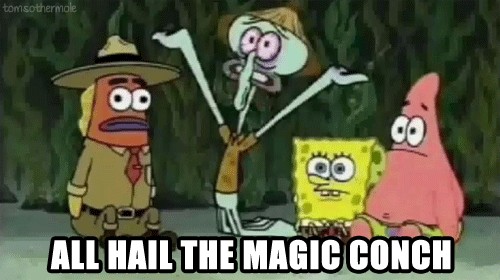 In conclusion, adults greatly influence our lives. When we are young, a lot of our personality is determined on the nature of our parents. Every adult has a different parenting style, many reward their children for good behavior and punish their children for bad behavior. This leads to children following their parents rules even if they do not agree with them. Children do not stand up for what they believe to be true but rather do what their parents say to avoid punishment, and many exhibit good behavior to get rewards. When our adult figures leave the picture we tend to follow our own morals due to punishment and reward no longer being present. In some cases children's morals will be the same as their parents, and in other cases all moral will disappear. This all depends on how our parents or present adult figure shapes us while we are young and what we are exposed to. As seen in lord of the flies when the boys are on the island with out any adult figures their morals vanish, some would say this is due to humans common nature to be evil but could also be due to their adult figures not being present too early on in their lives before they could form their own morals.

1. What adults in our lives are the most influential, and why?

2. How much influence do our parents have on us?

3. How do kids act around their parents/adults and how is that behaviour different from when they're surrounded by other kids?

4. Do children become carbon copies of their parents? Why or why not?

5. How likely is it for a child to grow up to be a "good person" when they grow up with a lack of adult influence? 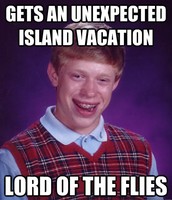