Themes in To Kill a Mockingbird

Themes in To Kill a Mockingbird

In the book we can see Jem and Scout grow up. They know different things and people are treating them different according to witch age they were in. We can see that in the beginning of the story the older people call Jem for his first name and later in the story they start calling him mr. Jem. They also lived under the discrimination of the blacks. People was saying a lot of things that was not true and as children do, they listen to it and belive some of it.

this is something we see a lot in this book. With Boo Radley that that people think hi was bad because he did something bad when he was a teenager, and his father looked him in. then people never got to see how he really was, and that he hard changed. The children want to meet him, cause they think he is nice. They get gum from him in the tree, and they know its Boo Radley. In the end we see that he saves Jem and get him safe home. He was watching them, and making sure they were safe.
We have Tom Robinson that is a black man that people judge because of that. Actually he is a hardworking man that has to work all day to make money for his family. But the withe people in town things different when Mayella and Bob Ewell says that he raped her. People actually believe this because they don't know him. 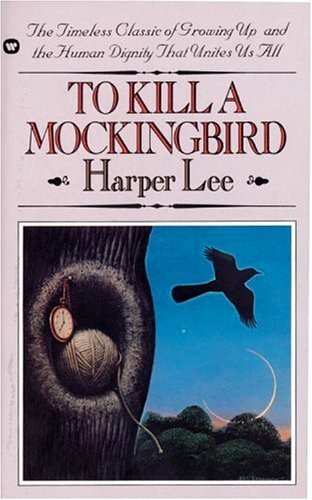 Follow Alice Solberg
Contact Alice Solberg
Embed code is for website/blog and not email. To embed your newsletter in a Mass Notification System, click HERE to see how or reach out to support@smore.com
close