Throughout history, and still today, women have been oppressed by society: this ignores the fact that women are still human no matter if they carry a XY or a XX chromosome. 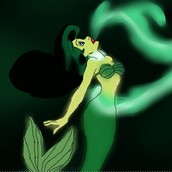 "...to speak aloud in public in the language of women." 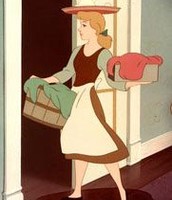 "...what if I talked like a women right here in public? It won't sound right. It's going to sound terrible."

"Women as women are largely excluded from, alien to, the self-declared male norms of this society, where human beings are called Man, the only respectable god is male, the only direction is up."

"We are only women, We cannot fight with men, Antigone."

"Gentlemen, I beg you to observe these girls: One has just now lost her mind; the other, It seem, has never had a mind at all."

"If we must lose, Let's lose to a man, at aleast! Is a women stronger than we?"

"He said we came here solely on my account, that I was to have perfect rest and all the air I could get."

"...and am absolutely forbidden to "work" until I am well again."

"There would be no one to live for during those coming years; she would live for herself."

The Story of An Hour

fernandezgabby17@gmail.com
Ariel's voice was taken away from her. She could mouth words out but no sound was heard by any man. This is in the same way men still hear women. They see women's mouth move but don't hear the powerful and meaningful words coming out of her.

Cinderella was expected to sit at home and clean all day long. When her opportunity to meet her Prince Charming came, she wasn't able to fulfill the mission. She was looked down upon. She was like a servant and wasn't allowed to give her opinion into any situation by her family.

Belle, representing women, is a tiny and fragile being. The Beast, which represents men, is strong and dependable for protection. This is how it still seen in our society today.

Merideth is a female and is not expected to be able to shoot a perfect arrow. Little to everyone's surprise, she shot the arrow without any flaw. This shows that women, believe it or not, can do anything a man can do.

Anna and Elsa are sisters. Elsa is said to be "evil and wicked" due to the fact she was born with magic. Elsa accidentally hit Anna in the head with her ice powers. These actions lead the people of their city to think that there is problems with the two girls.

In Mulan, it is not okay for women to speak their mind let alone fight a man's battle.

Mulan went in disguise to fight the Huns. No man knew that she was a girl till later on. Can I just say, GIRL POWER! A women, in fact, can do things men can do.

Peter Pan is trying to "save" Wendy because he knows what's best for her. Men are always trying so called "save" women because "we can not" defend ourselves.

Venellope can't race again because she is a glitch and messes up anything and everything she does. She is a girl and we do tend to mess up everything according to men.

Pocahontas finds out that John Smith has passed away in the second movie. She mourns over his death but eventually moves on.