By Sam and Rivers

By Sam and Rivers 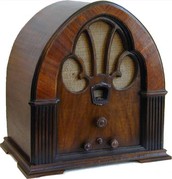 The radio was first invented by Guglielmo Marconi. He invented the radio in 1982 because he saw the flaw in Hertz's failed attempt at wireless communication. The first radio transmission in the U.S. was in November 2nd 1920 called the KDKA and was aired in Pittsburgh, Pennsylvanian. When scientists saw the success of the radio, they hypothesized that is could eventually be used as a form of communication. By 1930, the United States had over 500 radio stations, with these stations they had comedian, romance, drama, mystery, and the news. 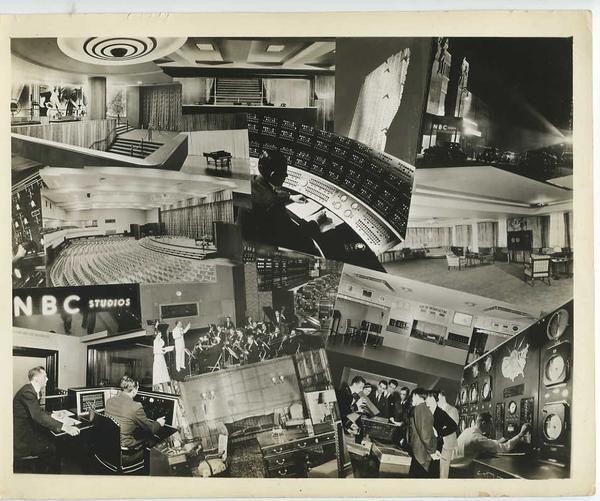 Radio broadcasting stations of the 1930's

In the Great Depression, the price of the radio changed to $47 in 1929 from its previous price of $139. By the end of the 1920's, more than 60% of the whole U.S. population had at least one radio in their house. Broadcasting was originally a term for agriculture for the scattering of seeds (Fact)

As the Radio became more and more popular, 40.3% (or 12 million citizens) of the United States population had at least one radio in their home. the radio created a wonderful source of fun and entertainment for the average person. The radio also gave out handfuls of inspiration to the people,, like the tales of the Lone Ranger. The radio furthermore updated people of the day to day events in the capital of the U.S. One of the news stations was called "Fireside Chat" which was narrated by the president of the time, Franklin Roosevelt. 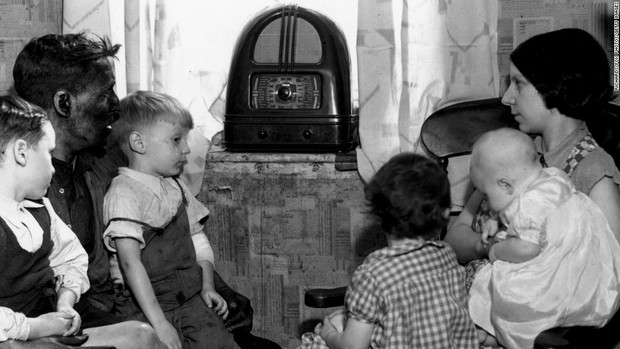