Get email updates from United:

Finishing the physical science aspect of our Playground Study, the students participated in experiments to understand the force of gravity, using the monkey bars. They worked to create seesaws from a variety of materials, leading them to understand the parts of a lever. Once the exploration of playgrounds was complete, they were presented with a challenge to build a model dream playground. Through participating in this challenge, they experienced how an economy works, through planning, budgeting, and spending.

Once the playground equipment was built, the class decided a memorial on the grounds would be appropriate. The first and second grade class is named after William Penn so, after exploring memorials, the children agreed to build a memorial for William Penn. The second graders took leadership roles to teach the first graders about who William Penn was, important life events, and his peaceful interactions with the Lenape. The class read a variety of biographies to further answer questions that were generated. The memorial was created with stones etched with the words “William Penn: a man who believed in peace and religious tolerance for all to live as brothers.” 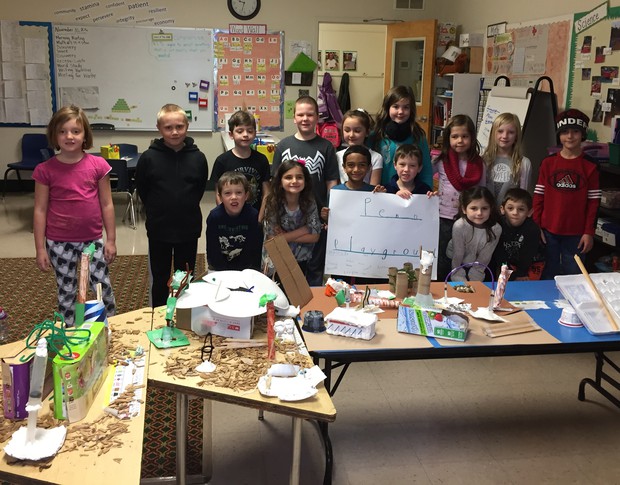 The Penn Playground was complete. The students then used the playground to learn about natural and man-made resources. Once the students gained an understanding of natural resources, they began to explore fossil fuels. They researched the benefits/uses as well as the hazards. A guest teacher who brought in “crude oil” and a “pipeline” that would run straight through the playground visited the class. The students shared their thoughts and feelings about the “pipeline” going through the playground. Class meetings were held around the concerns of the students, as well as to explore the current issue at Standing Rock with the Dakota Access Pipeline. This activity allowed the students to experience empathy and drove them to take action. They wrote persuasive and informational pamphlets in support of the Earth and held a breakfast fundraiser, which benefited Standing Rock Sioux Reservation.

In Writing Workshop, students worked on personal narratives about special moments. They began by brainstorming a list of writing topics. Once they chose their first topic, they began to plan and draft a writing piece. During conferences, students revised and edited their work, publishing a final piece and sharing their book in Author’s Chair. Mini lessons consisted of writing in complete sentences, using correct punctuation and capitalization, writing in sequence using transition words, planning a beginning, middle and end, and adding detail. The students practiced writing persuasive pieces, focusing on supporting their position and differentiating between fact and opinion in informational writing pieces.

The class read Donavan’s Word Jar by Monalisa DeGross, leading them to a Penn Class word jar, which has generated great discussions about a variety of vocabulary words. During Reading Studio, the students continued to practice comprehension strategies for monitoring meaning in a variety of genres. Building upon each strategy, the next focus was schema. Using mentor texts, Just a Dream by Chris Van Allsburg, Amazing Grace by Mary Hoffman, Ira Sleeps Over by Bernard Waber, A Chair for Mama by Vera Williams, and Magic Tree House Heroes for All Times by Mary Pope Osborne, the class practiced activating prior knowledge, making connections, and building/adding to their schema.

In first grade math, the students used knowledge of skip counting and counting on to calculate the value of and create a variety of coin combinations using pennies and nickels. Students worked with number lines and grids to solve word problems and number sentences. While exploring a variety of ways to solve a problem, they worked to create sums for a given number. They began exploring various patterns, leading them to solve challenges with number patterns. Finally, students continued to learn about telling time using an analog clock to the hour and half hour.

Need a helper at your next yard sale? Ask a second grader to help out as a cashier because they can make exact change and count back change! Second graders have been working with reading bar graphs, finding missing addends, solving two-digit addition and subtraction problems, writing turn-around facts, and telling time. With a regular deck of cards and two dice, students can review and reinforce their math skills and have fun while doing so.

The Fox Class held a “mock election” so that students could make their voices heard. There were ninety seven people who were registered and voted in the election. The children in kindergarten through grade 8 participated, as well as faculty members. There were four parties; The Hawks, Ice Cream Party, K-Troop, and The Champions. The students worked hard giving speeches, debating, deciding how to spend their campaign funds, hanging posters, and making buttons. We based the election on electoral votes and the students had fun counting up the votes and figuring out who won. This unit integrated Math, Reading, and Writing.

The November reading strategy was determining importance. The Fox Class used the mentor texts Roxaboxen by Alice McLerran and The Old Lady Who Named Things by Cynthia Rylant for models of narrative texts. Determining importance is a strategy that readers use to distinguish what information in the text is important versus what information is interesting. The reader needs to learn how to sort through the action and/or information they have read and organize it as important or just interesting. Then, they can discover the main idea of the text.

Students continued to use the Writing Process while composing scary stories. They wrote reflections of the mock election that we held for the school community and what they would change. Some students decided they would have enjoyed having the Preschool involved in the process. They are also writing to their pen pals in Massachusetts.

The 3rd grade math class continues to challenge ourselves with the Problem Solver Series. We have talked about many diagrams to use when solving problems: part-part-total, start-change-end. Students learned how to estimate numbers to the tens and hundreds. We learned different strategies for addition such as: partial products, regrouping, and counting on. Students have been busy using base ten blocks and dice to play a game that requires exchanging tens and ones.

In 4th grade math, students have completed the third unit: Multiplication and Division, Number Sentences, and Algebra. Students reviewed multiplication and division facts to 100 and played various games to practice math facts. They also learned strategies to solve number stories. At the end of the unit, students were introduced to some basic algebra concepts and learned how to solve open sentences (n – 232 = 134). We are now in the fourth unit, Decimals and Their Uses, where students are learning about decimal place value, comparing and ordering decimals, and addition and subtraction of decimals. Students will also be learning about metric units of length (mm, cm, dm, m) in this unit. We continue to practice problem-solving strategies using Problem Solvers.

The Fox Class kicked off our Native American Unit by taking a field trip to Churchville Nature Center to learn about the Lenni Lenape. We went on a field trip to Norristown Farm Park where they learned how Native Americans used plants and trees. Students learned about how the tribe gardened, hunted, fished, played games, and how they made homes, canoes, cords, and pottery. 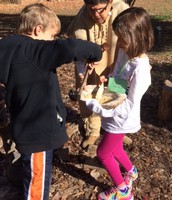 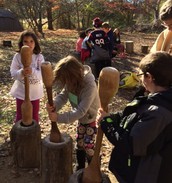 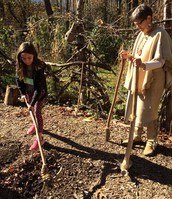 We continue to read current news stories from the website Newsela. We read about a young Syrian refugee with disabilities who made the trek from Syria to Germany and how she is coping in America, new scientific research documenting that rats giggle when tickled (the human ear cannot hear it), and the protests at Standing Rock Sioux Reservation.

In science, we are continuing our study of chemistry. A chemist visited our classroom and told us about the type of work he does. This month we learned about enzymes and how an acid can combine with copper to make copper acetate, the green coating on pennies. We learned about solvents, solutes, surface tension, colloids, acids, and bases.