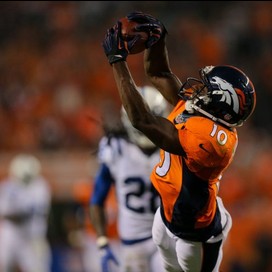 Get email updates from Pranav:

The Man Who Proved Them Wrong

The Man Who Proved Them Wrong

The Man Who Changed The Face of Our Country

There are many great people in the world but none as bold or strong as Jesse Owens. Even in the face of Adolph Hitler himself, he showed no fear and won four gold medals in the Berlin Olympics just before World War II. Jesse Owens should continue to be appreciated as a hero.

Jesse Owens was born as James Cleveland Owens or J.C Owens on September 12, 1913 in Oakville, Alabama. He was a very frail child with very weak lungs and was constantly getting bronchitis or pneumonia. He was still expected to haul about a hundred pounds of cotton a day to have food to eat. At the age of nine, Owens and his family moved to Cleveland, Ohio in search of new opportunities in the north.

Owens became a nationally recognized sprinter at East Technical High School as he set world records in the one hundred and two hundred yard dashes, as well as the long jump. After graduating from high school, Owens enrolled in Ohio State University where he continued to break world records. Owens, also known as the “Buckeye Bullet,” tied a world record in the one hundred yard dash, and broke world records in the 220 yard dash and the 220 yard long hurdles in the 1935 Big Ten Championships. The same year, Owens won 42 events. In the 1936 Olympic Games in Berlin, Owens won four gold medals in the 100 yard, 200 yard, long jump and 400 yard relay. He set two world records along the way. Hitler was furious as the games were set to show the supremacy of the Aryans. The Aryans were what Hitler called non-Jewish Germans. After he received the medals, Hitler stormed out of the stadium instead of congratulating him like the other athletes. 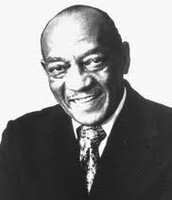 After the games, Jesse Owens made a living by showcasing his athletic abilities. He raced against cars and horses and played with the Harlem Globetrotters. He hated this and said that he felt sad that an Olympic athlete would have to act like a gypsy for a living. He smoked up to a pack of cigarettes a day and as a consequence, he died from lung cancer on March 31, 1980 in Tucson, Arizona.

“The battles that count aren't the ones for gold medals. The struggles within yourself -- the invisible, inevitable battles inside all of us -- that's where it's at.”