Spartans were elite fighters. Who were trained from the age 7 to be good soldiers. They wore red cloaks to hide bleeding. They always fought for their kingdom. They sometimes brutally murdered their slaves called hellots for no reason. They also thought little of Athens because they cared more about politics instead of a good army. 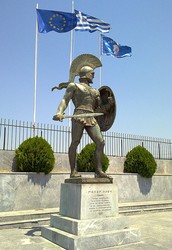 Leonidas was The king of Sparta starting in 490 B.C. He was the son of Anaxandrides. He was a political leader as much as a military leader. He was the one who led the 300 spartans in the battle of Thermoplaye. He died in Thermoplaye with the other 300 spartans. His nephew later helped Athens beat the Persians. 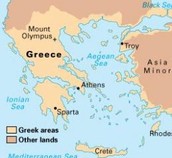 It was in the Eurotas river valley in southern Greece.

What Did Sparta Do

Sparta was different from other city states of Greece. Every free white male was in the army. They conquered city states that had stuff they wanted instead of trading. They never gave their hellots enough food. Men spent all their time training for war. In 900 B.C when every other greek city state got rid of their kings Sparta kept their own.

Why was Sparta important