Donnaldaviss is using Smore newsletters to spread the word online.

Get email updates from Donnaldaviss: 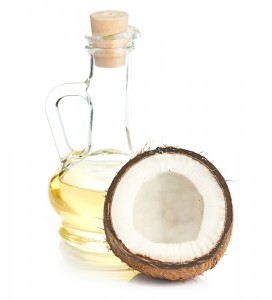 If the humble coconut makes you think of tropical islands, warm seas, and swaying palms, you're probably not the only one. Coconuts have long been associated with lazy long holidays, and drinks decorated with tropical fruit and little umbrellas. But what might be particularly interesting is that coconut oil, and other products such as coconut water and milk, may have a number of health benefits.

First - A Short History Of The Coconut

Coconut has long been a staple in traditional societies in tropical regions. All parts of the coconut were used - the flesh, oil, and liquid in the diet, and the fibrous parts were even used in furnishings. You could say that the coconut formed more than just a foodstuff, but was an integral part of the culture.

Meanwhile, in the western world, with the industrial revolution came a reduction in dietary animal fats and an increase in plant and seed oils. This meant worldwide there was a high demand for coconut oil from tropical plantations. The oil from the coconut has been used in many western food products - usually after being heated, processed, refined and bleached, rather than in its natural state.

During the 20th century, laboratory tests showed that coconut oil in diet increased cholesterol levels in the blood. As a result of this, coconut oil was declared an unhealthy fat, particularly for those considered to be at high risk of heart disease. This was based on the premise that coconut oil is a saturated fat, much like animal fats such as butter and lard.

At the same time though, there were scientists who challenged these findings, and more recent studies have revealed another picture regarding the use of this tropical oil.

Coconut oil is unusual among the plant oils in that it is about 90% saturated - meaning that a large majority of its fatty acid chains are saturated. The term ‘saturated' basically means that each carbon atom in a chain has two hydrogens attached to it. In other words it is saturated with hydrogen - which causes it to solidify at cool temperatures rather than remain liquid like mono and poly-unsaturated oils.

Coconut oil is also unusual among saturated fats in that it contains a lot of medium-length fatty acids. These ‘smaller fats' are less readily converted to body fat than longer-chain fats. The oil also contains compounds that give it antioxidant potential, and lauric acid which has anti-bacterial and anti-viral properties.

Some studies indicate that medium-chain fatty acids (MCFAs) can preserve insulin sensitivity. This means a fat such as coconut oil may help improve glucose tolerance and provide a benefit for people with Type 2 diabetes.

A study published in the American Journal of Clinical Nutrition found that dietary medium-chain fatty acids were beneficial for enhancing weight loss when compared with olive oil. This is likely due to the fact that MCFAs are easier to burn and less likely to be stored as body fat than longer-chain fats.

Research indicates coconut oil may have a protective effect on the brain, antioxidant and anti-bacterial / anti-viral actions, and may assist with digestion.

Why The Change From Before?

It's not just coconut oil that has potential health benefits either. Coconut water, and coconut milk and cream, are also popular dietary additions. Coconut water (the liquid from the centre of coconuts) contains easily digested carbohydrates and electrolytes, and is high in potassium. Coconut milk and cream are extracted from grated coconut flesh, and have an almost luxurious texture which adds richness and depth to curries and desserts. As coconuts contain vitamins B, C and E, and minerals such as calcium and selenium, coconut milk is a nutritious product.

Is Coconut A Superfood?

The short answer is no. While coconut oil and other products can be healthful additions to the western diet, being good for you doesn't mean you should consume copious quantities of them. As for any food item, coconut products should be used in moderation and as part of healthy balanced diet , and in conjunction with other healthy fats such as olive oil.

It's important to be aware that coconut products can be quite high in calories. Also, if you have high cholesterol, you should consult with your doctor before using coconut oil.

Coconut oil may be substituted for butter in some baking recipes, added in small amounts to smoothies, or heated for sautéing and frying. Make sure to use unrefined virgin oil.

Coconut milk can be added to curries and smoothies and used to make vegan desserts such as custards and ice-cream.

Coconut water can be used as a substitute for sugary drinks and sports drinks.

While not a superfood, coconut oil can be beneficial, and can be easily incorporated into your diet. In moderation, of course!

Donnaldaviss is using Smore newsletters to spread the word online.