Corinn is using Smore newsletters to spread the word online.

Get email updates from Corinn:

With all of the organelles! By: Corinn Szostkiewcz

With all of the organelles! By: Corinn Szostkiewcz

Let's start with the Nucleus! 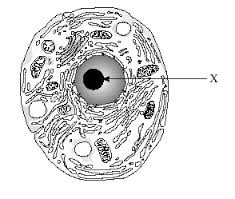 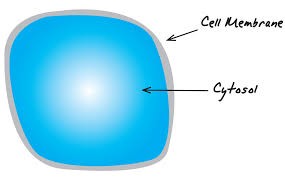 The centrosome is the place int eh cell where the microtubles are produced. 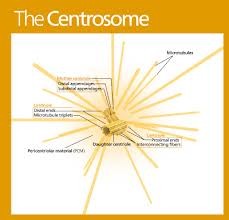 Centriole In only Animal Cells!!

There is a centriole in each animal centrosome. They are made of nine fused microtubles. Each centriole is perpendicular in each centrosome. 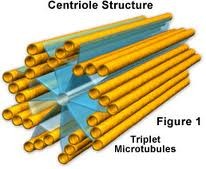 Is a single membrane organelle that is made for packaging macromolecules and transporting them all around the cell. It is made of membrane bound blood vesicles. It is a phospholipid membrane. The larger vesicles are encompassed by the smaller vesicles that have the packaged molecules. The macromolecules hold hormones that the cell need to function. It gives off and also stores proteins.

Lysosomes are used for intracellular digestion. They contain hydrolic enzymes that are common in animal cells but are less common in plant cells. The enzymes are released into the vacuole to kill bacteria invading the cell. 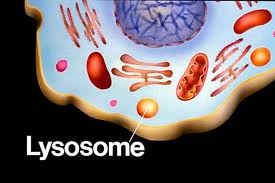 The cell membrane is made up of a double layer of phospholipids. There are exposed heads that are hydrolic, which means they love water. The bottom of the hydrolic heads however are hydrophobic which means that they are not compatible with water. They cell membrane keeps out the unexpected flow of water. The membrane also has multiple proteins which are, receptors for odors, taste, and hormones. The proteins also control exit and entry to the cell. 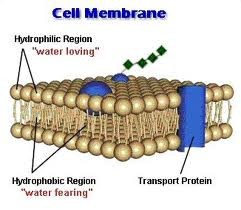 Ribosomes are made of RNA and proteins that are important to a eukaryotic cell. Ribosomes are where protein synthesis happens. They are spilt into two part, a large subunit and a small subunit. The ribosome adds amino acids to a protein chain. 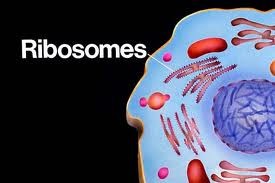 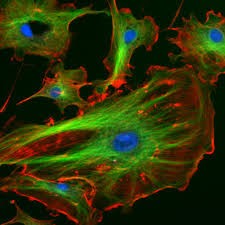 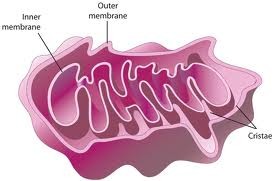 Chloroplast Only in Plant Cell!!

A Chloroplast is only found in the plant cell. They contain the chlorophyll that makes the plant green, and gives it the ability to absorb energy from sunlight. This energy is used for photosynthesis. They have a double outer membrane. 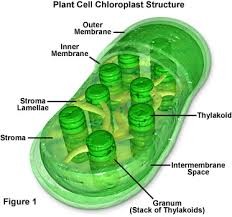 It is a membrane bound organelle that helps with intracellular digestion and the release of cellular waste. They store nutrients, and help increase cell size during growth as well. The vacuole helps to regulate water pressure in the cell. Without the regulation of the water, the plant will wilt.

Cell Wall only in plant cells!! 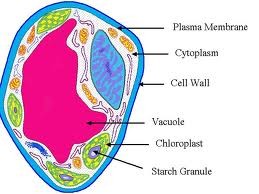 How do they work together in a cell?

The nucleolus, and the Rough endoplasmic Reticulum

The nucleolus is responsible for making RNA. The ribosomes. These ribisomes move out of the nucleolus, and out of the nucleus to the rough endoplasmic reticulum. This RNA is then used as part of protein sythesis. It comes from the nucleus and each RNA makes to protein chain longer by adding an amino acid to the end of each one. Once it is on the rough endoplasmic reticulum and are transported throughout the cell

Diagram of where the ribsomoes are 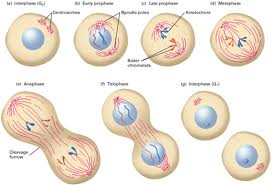 Lysosomes and the vacuole

Without both of these organelles working together intracellular digestion would not work. The lysosomes release white blood cells that eat bacteria. These cells are released into the vacuole to break down and digest the bacteria. 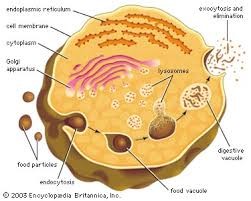 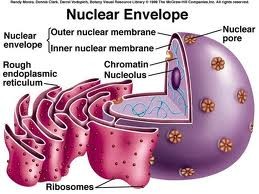 The cell as a system

The cell need all of it's organelles to function properly, without one of the them, the cell wouldn't work. The RNA moves from the nucleolus out of the nucleus and is moved to the ribosomes that then add amino acids to make a protein chain the cell can use. This process is called protein synthesis and occurs on the rough endoplasmic reticulum. Then it is transferred to parts of the cell that needs it. The proteins can be transferred to the Golgi, where the macromolecules are packaged and also transferred around the cell as well. The cell membrane keeps all of these organelles safe and protected from the flow of water. The cytoskeleton moves the cell with the energy provided by the mitochondria. The cell reproduces withe centrioles, centrosome, and the nucleus. Lysosomes break down bacteria for food with the energy from the mitochondria. The cytosol is the gel that keeps all the organelles in place and doesn't let them move around the cell. 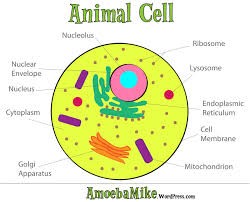 A cell is a system of interrelated parts, and all of the organelles work together to make the cell function properly!

SO CEL-ABRATE THE SYSTEM WITH ALL THE ORGANELLES!!

Corinn is using Smore newsletters to spread the word online.