Get email updates from Kabindra:

Matty is the young protagonist of the novel, he is reminiscent of dark brown hair and eyes. He sends messages through Forest from Village to other communities. Matty lives with the blind man Seer and is a very brave and courages character. He started off a troublesome kid, ''the fiercest of the fierce''. He is the kind of person who would risk anything for his friends and loved ones as he went through Forest to bring Kira to Village. He also cares for animals as he adopted a puppy named Frolic, from Jean. He is a good and fleshed out character and he hopes to finally earn his true name, Messenger. 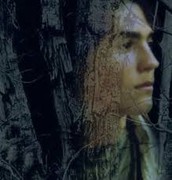 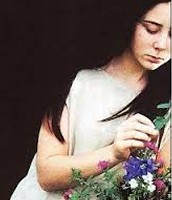 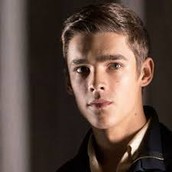 Seer is a blind man who can see beyond, he lives with the young boy Matty and loves gardening, reading and cooking. He was found in Forest with no eyes and was rescued by the people of Village. Seer has the gift to see beyond because of his eye damage. He also has a daughter named Kira who lives in a community for the wounded. Seers original name was Christopher and he is a wise character.

Leader also know as Jonas, is the leader of Village. Leader winded up in Village on a sled and grew up in a different community. He has dark brown hair and blue eyes and lives in a 2 story dwelling. He tries to keep Village safe by keeping the people away from Forest. Leader watches over the Village and gives messages to Matty to send to other communities. He even named Matty's puppy,Frolic. He is very similar to Matty by being a very courages person, as he tries to help Matty get Kira and bring her to Seer. Leader is a great character and its nice to see him back.

Jean is the daughter of the teacher Mentor. Unlike her father, Jean is a nice and non selfish character, she cares about her pet dog. She also worries about her father as he starts changing his appearance with trades. Her pet dog was sick she took care of it and she even let Matty adopt the puppy. Speaking of Matty, Jean has a little relationship with Matty as she promised him a kiss. Jean also has a job stocking bread but, thats not important. Jean is a very nice and selfless character and she is the character i really can relate too.

Kira is the protagonist of gathering blue, she lives in village for the wounded and has black hair and black eyes. Her right leg is twisted and cannot move and she is also the daughter of Seer. Kira has raised Matty since he was an orphan. Back then he was a little brat who she called the fiercest of the fierce.