This November, in an effort to reduce counselor caseloads and increase student access to counseling services, Beckman High School added an additional counselor. Mrs. Esther (Boman) Rogers has been with us since November 6th acclimating herself to Beckman and to TUSD counseling services. In January, 10th and 11th graders will transition to the new caseload alpha-split. Our seniors will remain with their current counselor for the remainder of the year and throughout the college application and college scholarship process.

We understand that transitioning to a new counselor can be difficult and have taken necessary steps to ensure that the fewest number of students are impacted directly by this. Less than 12% of our student population will be assigned to a new counselor, but 100% of our students will benefit from having additional counseling services and increased counselor access. Parents and students will be able to view changes in Aeries when second semester begins in January.

Thank you for your patience. 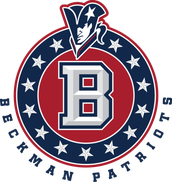 Take a moment to look over the January edition of our Counseling Newsletter. It contains specific information for each grade level. Click here for more! 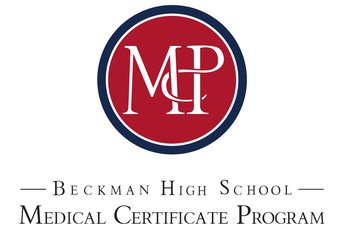 Beckman's Medical Certificate Program was created three years ago to give students an introduction to the medical field and the unique opportunity to interact with health professionals. It is an free, optional 3 year sequential program that takes place on campus during school hours and awards students with certificates each year + a graduation medal if students complete all 3 years. Currently, the program has 415 total enrolled students. Any BHS student may join at any time. For more information about the program, please email Mr. Chow at pchow@tustin.k12.ca.us or see him in classroom 209 to enroll.

Friday, December 1st was a special day for Beckman's Girl's Wrestling team as they hosted a unique Round Robin tournament that brought together all the female wrestlers in the Pacific Coast League to compete as one team against opponents from Santa Ana High School. Beckman's Girl's team, the largest in the league, welcomed wrestlers from Irvine, University, Northwood, and Corona del Mar to form a "PCL Girls team" that rooted and cheered for each other as members of the same team. Family and friends filled the stands to support their athletes in the first-ever event of its kind, bringing together fans from different schools and highlighting the growth in popularity of the sport. The final result was a landslide victory for the PCL Girls over Santa Ana, and, more importantly, an excellent display of sportsmanship and camaraderie from all wrestlers involved.

With the calendar hitting January and as we begin our second semester, it also marks the beginning of Pacific Coast League play for our Winter Sports. We have approximately 300 student-athletes competing in Boys and Girls Basketball, Boys and Girls Soccer, Boys and Girls Wrestling and Girls Water Polo. After completing successful non-league schedules including tournament play, our teams will vie for league supremacy against Northwood, Irvine, Woodbridge, University and Corona del Mar over the next five weeks. We’re proud of our Girls Soccer program for hosting a high-level tournament in early December and we wish all of our teams, coaches and athletes the best of luck as they pursue a league championship. 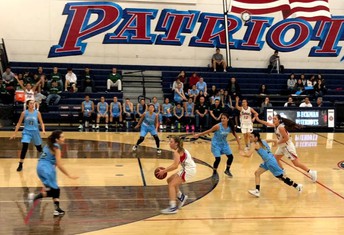 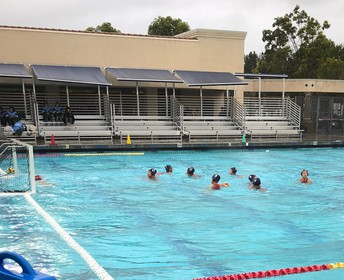 Beckman Dance Team has had a great start to their season! The team has enjoyed working with well-known choreographers who personally choreographed routines for the team. They also held their first Dancing with the Stars fundraiser with the basketball team and marched in the Disneyland Parade with the Marching Band. Recently they had a very successful Winter Show where they were able to perform our competition routines. The team is very excited to start our competition season after the first of the year!

Congratulations to the Beckman Cheer team for taking home 1st place at the CIF-Sanctioned USA Regional Competition this past weekend. 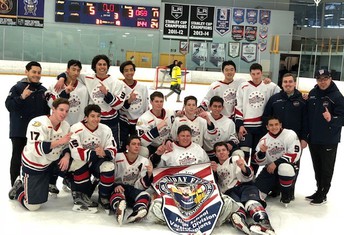 More than 600 Beckman students in choir, orchestra, band, and dance team took to the stage this holiday season. The bands and orchestras performed Winter Concerts in the Beckman Performing Arts Center on Dec. 5 & 7 while the Beckman Choirs performed on Thursday, Dec. 14. The Beckman High School Marching Band and Dance Team marched down Main St. at Disneyland on Tuesday, Dec. 12. and the dance team performed their winter showcase on Friday, Dec. 8.