Don't Judge a Fable By Its Title

Don't Judge a Fable By Its Title 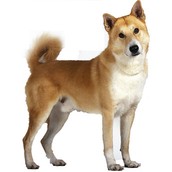 Daisy was walking through the woods. She lost her friend, Sarah, and wandered off the road in search of her. Daisy is very loyal and will never leave her friends in a dire situation. Eventually, she arrived at a small village of animals. She overheard one of them talk about some animal named “William.” She wanted to know more about this “William” so she decided to talk to an animal, who seemed to be a rhino. “Excuse me, mister rhino. Do you happen to know anything about some animal named William?” Daisy questioned.

“No I do not.” the rhino replied sarcastically. “Why, of course I do! What kind of fool wouldn’t?” the rhino yelled angrily. “He is the meanest, baddest, most evil animal out here! You must be new. Here’s some advice: stay away from that guy.” the rhino suggested. Daisy didn’t have a care in the world. She wanted every animal to be her friend. She wasn’t about to pass up the opportunity to make a new friend just because of some stupid rumor and some dumb warning. Daisy decided she would stay in the village until she befriended William, even though she knew it might not work. She thought, "what if I gave him a cookie?" Daisy wasn’t exactly the sharpest tool in the tool shed, but she was more loyal than most.

“Eek! Every-critter, hid!” a mouse squeaked. Several animals sprinted passed Daisy in a panic. There was the mouse, a rabbit, a goose, even the rhino she had met earlier was terrified. There was also a wolf. During all this, Daisy thought “Maybe that sloth over there just wants to hang out with me. Haha! you’re so funny, Daisy! Why thank you, Daisy! You’re welcome, Daisy! Woah! Cool! A wolf!” Daisy thought. “A new friend!” She sprinted over to the wolf. Overexcited, she was a bit loud and quick when she went to say hello.

“Hi I’m Daisy it’s nice to meet you I just wanted to say hi hi here want a cookie have a cookie!” The wolf wasn’t comfortable in any way with the “communication” part of it all. He didn’t care much for sweets so he refused to eat the cookie. “Hmneh. Ngeh. Ech.” Daisy was trying to give the wolf the cookie by playfully throwing it at him. "Why isn’t anything working!” Daisy contemplated.

“What the… Um, hey! I heard there was a Starbills nearby!” the wolf finally replied.

“Really? Where!” Daisy asked in a rush. While she was distracted, the wolf ran off. “Oh.” She realized the wolf had tricked her into looking away so he could escape. “I accept your challenge, mister wolf guy.” As well as loyal, Daisy was certainly naive and playful. She preferred not to chicken out of a challenge. She stood there, pondering, coming up with a fool-proof plan to befriend that wolf.

“Are you okay, miss?” a deer asked concerningly.

“Why do you ask, Mrs. deer lady?” Daisy was confused on what the deer meant.

“What does she mean by ‘are you okay?’ Daisy wondered.

“That wolf that just passed through was William. Did he bite you? Did he hurt you?” Daisy had no idea why she was asking these questions.

“No, he just seemed weirded out.” The animals looked confused.

“How could a wolf not hurt any animal?” the animals murmured. The village creatures usually just assumed wolves were vile creatures based on all of the stories they read that included wolves. The animals were certainly not adjusted to this. They practically never thought to think about how the wolves feel about the situation, and are just beginning to realize their mistakes. Although, for now, they just put it off.

"Well, I'm off to find William." Daisy dashed through the village to head in the direction of her potential friend. The air was still, the trees were silent, the day was calming. "William!" the playful puppy called to her future friend. "William, I came to say hi! It's rude to leave a friend in the middle of a pleasant conversation!" Time passes, but still no reply. "Where could he be?" Daisy thought to herself out loud.

"Hmm... A lost, clueless puppy, eh?" thought a mysterious creature, yet to be revealed. "This should be easy."

"William! Geez... Could you be any ruder?" Daisy was beginning to lose hope, but then William pounces in front of Daisy in some sort of defense stance. "There you are! Don't you know how rude it is to leave a friend in the middle of a pleasant conversa-"

"Don't you know how to be quiet!" William rudely interrupted. "Get lost, Leo!" William growled.

"Oh, but I can't get lost. I know this place like the back of my paw." the lion replied. The two began to brawl.

"Aw, come on! Violence is never the answer!" Daisy barked. She would always show mercy in a "fight," but in this case, she couldn't help. She knew she would only get in the way. She started to think of what she could do. "I'll only get in the way, though.... That's it! I'll get in the way! You're a genius, Daisy! Why thank you, Daisy!" She was able to come up with the perfect plan. She sprinted toward the fight as fast as a cheetah, she pounced right in front of the lion, she ducked, and the lion tripped over Daisy and fell on his back. "Get dunked on!" Daisy said, filled with determination.

"Victory! Wait... Is that a reference to something?" William inquired.

"I guess I'll see you... tomorrow..?" That was about the best William could do for a "goodbye"

"Yeah! Bye!" Daisy ran off. She took a deep breath and, "AAAAAAAAAAAAAAH!!! DID I JUST BEFRIEND WILLIAM?!?!?! WHOOOOOOOO!!!!! GO ME!!!!" the over ecstatic puppy screamed with excitement. The others stared at her with an expression that said "What in the world?" and walked away with a confused look on their faces. They had no idea what she was talking about, what she was saying, or if she was insane or not.

Beginning to walk to the village's small inn, she yawned. "Man, what a day..." she thought to herself.

The sky was as dark as her master's hair, and there were little sparkles in it like the time she knocked over a container of glitter on her master's vintage carpet that she had recently gotten. Daisy had fallen asleep, filled with determination to help William communicate with others.

The sky was a bright orange and yellow, while the sun lay there on the ground, not wanting to get up out of bed. "Honestly, the hardest part of the day is getting out of bed. I envy you, bats. Your kind gets to stay up all night and don't have to get up during the day." Daisy thought to herself. Getting up, Daisy let out a huge yawn.

Walking out of the inn, she noticed William was running away from something. She decided to see what was wrong. She ran towards the direction William was running from. She eventually found her master, but Sarah was talking to a farmer about something. Daisy noticed there was a horrid stench coming from the barn, and figured she would investigate further. Inside the barn, there were animals, but they weren't moving and they were, to Daisy, surrounded by what seemed to be spilled fruit punch. "Why are they not moving? Did they have some kind of party?" Daisy wondered.

The door swung open, and hit the wall. Sarah and the farmer were standing in the doorway, staring at the still livestock."See! That damn wolf got 'em again!" the farmer yelled furiously. He also mentioned a few word Daisy has never heard before such as "fhok" and "sit" but he had a strange way of saying "sit." Frightened, Daisy ran for her life. While doing so, she thought of what she saw, and attempted to put all the puzzle pieces together. She felt her heart sink. She solved the puzzle.

Arriving back at the village, she found William and confronted him. "What did you do!" For the first time, Daisy was enraged.

"What?" William asked with a fearful expression.

"You know exactly what I'm talking about!"

"Nonononono, you don't understand! It was the lion! The farmer just blamed it on me! He always does!"

"What? What're you thanking me for? All I did was chat chat chat."

"Not true! Well, maybe a little... But still! You did more than that! You we're my friend!"

"AWWW, YOUUUU!!" Daisy yelled before being hugged by William.

Don't judge a book by it's cover.