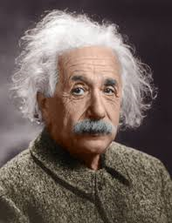 A Brief Biography of Albert Einstein

Albert Einstein was born on 14 March, 1879 in Ulm, Wurttemberg , Germany. He live with a middle-class jewish family. His father was a salesman, his name is Herman and his mother was Pauline. He attended a Catholic Elementary school at age 5 for 3 years then when he was 8 he was transferred to Luitpold Gymnasium, where he received advanced primary and secondary school education until he left Germany 7 years later. He married to Marić in JAnuary, 1903 then he had the first son name Hans and then Eduard. He got divorced in 1919 then he married Elsa Löwenthal.

Albert Einstein was a scientist, his most famous equation was E=mc². He published papers on special relativity. He taught physics at the University of Zürich, where he presented the new way to calculate Avogadro's number and the size of molecules. Then he taught at German-Speaking Univesity in Prague and then at Princeton University.

The most famous equation in the world

This is the equation that shows that the energy is equal to mass times the square of speed of light. Einstein discovered this equation on September 27, 1905 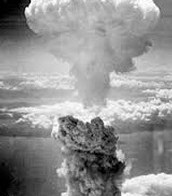 Einstein sent a letter to president Roosevelt and describe about it and he has a fear that Germany will finish making the bomb before the Allies. 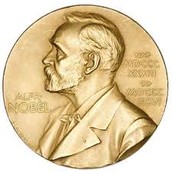 In 1921, Einstein got a Nobel prize in Physics from the royal Swedish awarded for the phenomenon explanation.
Albert Einstein Short Biography

1. Who is Albert Einstein (summary about his life)

2. What are the things has Einstein discovered

He is a supporter for peace and tried to convince and help out the society . And his idea had much more direct influence on inventions.