AT THE FIRST ACURIL GENERAL ASSEMBLY, held on Monday, 2, 2019, in the Mailn Hall of the Renaissance Aruba Conference Center, and In agreement with the procedures for Nominations and Elections of Executive Council members in ACURIL, the Executive Council Nominating Committee, chaired by Dr. Berthamae Walker, Vice-President (2019-2020), presented the slate of candidates. The Committee was also integrated by Councilor members Mrs. Anne Pajard, representing the University of the Antilles Libraries – French language sector, and Mrs. Jeannette Lebrón-Ramos, representing the ACURIL Puerto Rico Chapter, Spanish language sector. The full slate of nominees for the Executive Council, to fill vacancies in the categories of Institutional member, Association member, and Personal member, were as follows:


The Digital Library of the Caribbean (dLOC), represented by Mr. Miguel Asencio ended its term in service on the Executive Council in 2019. The Library and Information Association of Jamaica (LIAJA) with representation by Mr. Nicholas Graham was nominated to fill this vacancy on the Executive Council. The Library Association of Jamaica is in good financial standing and accepted the nomination. The election is for 2 years (2019-2021).

A call for submission of other Nominees for the Executive Council that could be presented from the floor was announced at the General Assembly.

Delegates, representatives of institutions, could nominate fellow delegates to the Council, up to date in their dues. If elected, Members would have a term of 3 years in the Executive Council.

Delegates, representatives of associations, could nominate delegates to the Council, up to date on their dues. If elected, members would have a two-year term in the Council.

Personal members could nominate personal members, up to date in their dues. If elected, they would serve for the term of 2 years in the Council.

Only one nomination for the Personal members category was presented.

Results of the elections were presented by Miss Jane W. Smith (Suriname) on behalf of the Scrutiny Committee at the 2nd session of the General Assembly on Thursday, 6 June 2019, as follows. 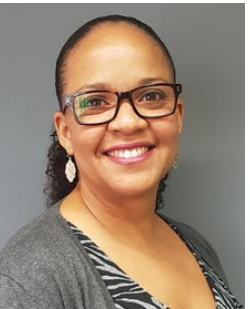 Represented by Mrs. Yiannitzah-Sharimar (Nitzah) Jacobus, the Acting Director of the Library since 2018.

Mrs. Jacobus holds a Bachelor's degree in Fine Arts & Design, with a specialization in Audiovisual Design, as well as a degree in Media, Information and Digital Literacy. 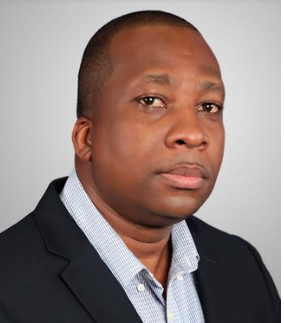 The Library and Information Association of Jamaica (LIAJA). Mr. Nicholas Graham, Representing LIAJA, has served as its President from 2018-2019).

Mr. Graham holds a Bachelor of Arts, in Library and Information Studies and a Master of Science, in Computer-Based Management Information Systems. In June 2016, Nicholas Graham served as Associate member of the Mortenson Center for International Library Programs, at the University of Illinois, Urbana-Champaign. Since 2011 he is the Deputy Director of the User Services and Conservation of the National Library of Jamaica. He is Adjunct Lecturer at the Department of Library and information Studies of the University of the West Indies, in Jamaica.

He has participated in ACURIL presenting papers, such as Heritage Resources as a means of Teaching Information Literacy – Nassau Bahamas – 2014; and Borderless National Library of Jamaica: Satisfying User Needs in the Digital Age – in San Juan, Puerto Rico - 2017 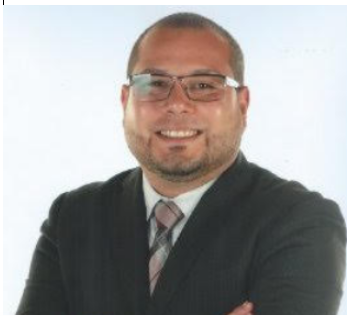 Mr. Crespo-González has actively participated in the ACURIL Local Organizing Committees of conferences held in Puerto Rico. He has presented documentation in the Caribbean Research Posters Boulevard in Puerto Rico, Dominican Republic and Aruba. At the ARUBA conference he presented the collaborative work in progress entitled: Puerto Rican Libraries as entities for dissemination and support of the Sustainable Development Goals of the United Nations. The research is being conducted with colleagues Loyda Nieves-Ayala and Pablo Marrero-Rivera. Crespo-González has served as moderator and rapporteur in various ACURIL conference sessions. Since 2017 he has served as ACURIL Coordinator for the ACURIL Exhibitor’s Roundtable.

BECOME AN ACURILEAN AND BE PART OF THE HISTORY : CONNECT, COMMUNICATE AND CONTRIBUTE