Greeks were the first people to first make the arrows and shoot them. They used them to shoot down deer, antelope, and bison. They did trick shooting for fun. They shot for who was going hunting for the

As far as an all around hunting arrow I think the carbon arrow has it, toughness, accuracy, consistency. that being said it is probably not the "toughest" arrow. Gold tip makes some very tough arrows and the Carbon express aramid is as tough as any arrow I have ever seen. I love to use carbon arrows. specially when I’m deer I hunting

1. Shoot one brand of arrow 2 times at the ground

2. Examine both arrows for amount of breakage.

The original purpose of this experiment was to see which arrow is the strongest. The results of the experiment were that the carbon arrow was worse than the aluminum 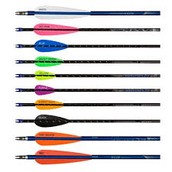 These are different types of arrows 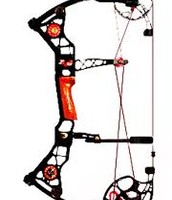 This is my bow that I'm shooting at my targets