- Gregory Lee Johnson burned an American Flag in protest against Reagan's administration policies in front of the Dallas City Hall in 1984.

- He was tries and convicted under Texas Law for flag desecration.

The Texas Court of Criminal appeals reversed the conviction and the case went to the Supreme Court.

- It was decided in a 5-4 vote that Johnson was protected under the First Amendment for freedom of expression. 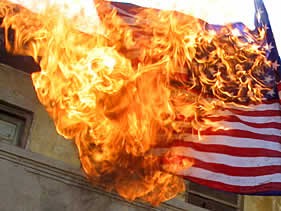 Follow Amanda Beck
Contact Amanda Beck
Embed code is for website/blog and not email. To embed your newsletter in a Mass Notification System, click HERE to see how or reach out to support@smore.com